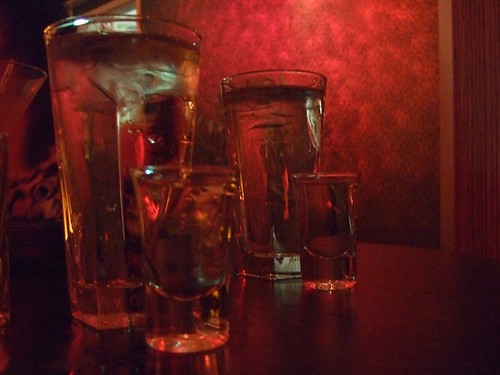 With lyrics translation of Hindi song: Nasha Sharab Me Hota To.

If alcohol could intoxicate, bottles would have danced

Previous TaleTown Story: What Kinship With The World?

“Bugger that,” Inder was still smoldering inside, “Tell me, why are you defaming me in front of the others?”

“Defamation gets you publicity too,” Rosh laughed. “You were so concerned about your reputation. That’s what I’m making for you. Be grateful, you’re getting upset.”

“Stuff your philosophy,” Inder growled. “What I do or don’t do is my business. Why are you beating a drum about it in the world?”

“People will always say something, matey,” Rosh replied with a smile, “That’s what they do. Let the trivia go, or life will pass you by.”

“Whoever silenced the mob, Inder?” Rosh was beginning to get angry too. “Who could ever silence the world? Change yourself, you can’t shut the others up.”

Inder had a tall chunky look, but his body lacked the strength that powered his voice. People felt intimidated by his roar.

Rosh was sturdy too, but packed more power in his top floor than in the rest of his body. He heard the threat, weighed up the danger, and finding it trivial, let it go. One does not aggravate a croc if one is planning on staying in the water.

‘Perhaps he is habituated to growling,’ he thought, ‘or maybe he’s hurting too much from my comments. Anyway, it is only right that I not speak about others. I’ll be more considerate in future.’

Inder took Rosh’s silence as a sign of his weakness. He couldn’t tolerate his composure.

"Your piddly-little tongue was just doing some fast numbers,” sensing victory, he stormed in, “has it dived back into your neck now?"

Mukesh opened his mouth to intervene, but got shot down too, “You stay out of this mess!”

“If you are not ashamed to do something,” Rosh had no choice but to fight back, “what shame is there in hearing, that you do it?”

“If you want so much that the world not know it, just don’t do it all. Deeds themselves are not as damaging, as hiding them can be. Play openly.”

“Ask and take what belongs to others, that’s borrowing. Taking unannounced is theft. A soldier is honored if he kills someone on the frontier even in broad daylight. Murder someone even in the dark, and you get hanged if you are caught.”

"Not desires,” Mukesh sprinkled salt on the wounds, “Bottle! The Bottle!”

“If alcohol could intoxicate, the bottle would have danced,” Rosh tried to placate Inder’s hurt. “Tipsiness comes not from the drink, but from the mind.”

If intoxication were bad, all would be evil. Tell me who isn’t drunk, the poet asks. Show me anyone sober.
Some are intoxicated by the ego of their beauty, some by their youth. Some ride high on the love in their heart.
Intoxication arises, when you behold someone. Unless you drink, drunkenness can’t cross any limits.
Everyone is drugged, albeit colored by a different dope. Some are inebriated by joy, others by sorrow.
If alcohol could intoxicate, the bottle would have danced. Bars would have vacillated, goblets stirred.)

“But goblets don’t vacillate, man does. Bottles don’t dance, man does. Those already inclined to dance, don’t need a bottle. A hint will do them.”

“Bravo!” A boy who had silently stationed himself at their door, appreciated, “Found the bottle-lovers!”

“What do you want?” Inder asked him.

“Refuge!” the wrestler-looking boy came in and said. “You’ve got place for one more here?”

“Yeah. But why should it be given to you?” asked Inder.

“I’m thinking of swapping rooms,” the lad answered. “It’s fun to live with like-minded people. Heard your bottle ballads already. Tell me, what else do you enjoy?”

“He’ll tell,” Inder taunted, pointing at Rosh. “He likes to tell on all others.”

“Why do you want to leave the room where you are?” Rosh asked the new boy. “How are those boys?”

“Very simple, nice guys,” the new boy settled down on Mukesh’s vacant bed. “None of them is a bastard. I’ll suffocate there.”

“Why is that?” asked Mukesh. “How can living with civilized people, good people, choke you?”

“Always lived under the thumbs of my parents, mate,” the new boy explained. “Never could openly enjoy life. I like eating, drinking, partying. Now’s my chance.”

“Who’s here to watch over, ask? Now when I’ve got the freedom here, shouldn’t I live amongst friends who like girls and having fun, or should I get stuffed living with those good lads?”

Rosh looked at Mukesh. One color was coming on his face, four leaving.

Inder’s brow had wrinkled too. But this boy was gigantic, how to turf him out?

“Have a think,” the new boy sensed their reluctance and tried again. “We’ve only got one life. Won’t get it again. Should I come? We’ll eat, drink and be merry, together …”

“Oye, you’ve come to the wrong place buddy,” Rosh said, stretching out his hand, raising him up affectionately and showing him the door. “Mukesh is an abstainer. Even reads the Hanuman Chalisa twice a day.”

“And Inder here, is still thinking about studies even when he’s had 10 pegs. No one here fancies chasing girls around. You’re definitely going to die here …”

The wrestler moved on too, after hearing this. Mukesh got up and closed the door, so no others could come to hassle them.

Next TaleTown Story: Two Sides Of A Coin