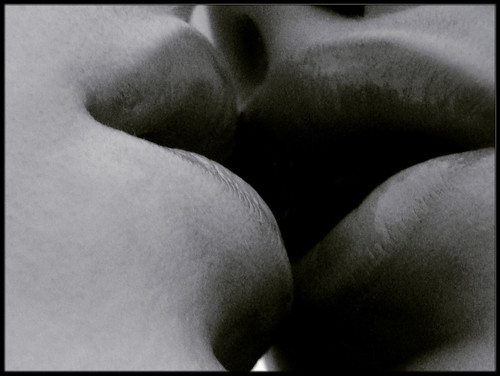 Sneh's chronic depression was not being helped by the boys coming home late from work, and not phoning in earlier to tell her if they were going to miss dinner.

Dinner was consequently delayed almost daily, and Sneh waited up till late nights so she could feed Maan and Dhir.

Qosh asked Rosh to talk to his younger brothers again about this, but Rosh declined to say, "I have talked to them Pa, as have you, but obviously it hasn't worked."

"They are not kids anymore. When children grow up, telling them something or telling them off are no longer graceful options."

It continued to bother him though, and one night he discussed the dilemma with Isha. "What use is all my high education if I can't find simple workable solutions to life's routine problems?"

"I think of myself as a teacher and I can't even correct the behaviour of those closest to me," he said, bemused.

"What can you do if they won't listen? If you intervene too much, they won't like it. Pa wouldn't want our relationship with them tarred either. He would want the family to stay united, wouldn't he?"

"That doesn't mean that I do nothing, " he countered. "My father is bothered by this, and he expects me to do something about it. But what?"

"I can't keep preaching to them. That's not working. I need to teach, not preach. But how?"

"There are teachers," Isha answered after considerable thought, "and then there are educators."

"Perhaps it is time for you to graduate from being one to being the other. I read a joke once about some recalcitrant girls in a school. "

"These pre-teen girls had just discovered the appeal of using a lipstick. They carried it with them all the time now and used it at every excuse. At school, they would put it on in the bathroom, in the classroom, and even in assembly."

"This didn't become an issue for the school up until they started pressing their lips after putting on their lipstick to the restroom mirrors, leaving scores of little lip prints on them daily."

"The girls knew what was coming, and it made them giggle that their little prank had caused the school so much angst. They had been summoned to the restroom to be reprimanded. There was almost a sense of diabolical achievement in the air."

"Nobody will spill the beans, they swore to each other. The school management could never find out unless they put CCTV in the restrooms, and that was just not going to happen. The lip prints would continue, and the supposed court-martial today was going to prove a farce."

"What could they do to catch the culprits? Make all girls put on lipstick and smooch the mirrors to compare lip prints. That would be hilarious to watch and easy to defeat."

"The principal arrived in the crowded rest room the next morning, looking unperturbed."

"Calmly, she explained to the girls that cleaning all these lip prints daily had become a major chore for the janitor."

"To demonstrate the effort required to clean the restroom mirrors daily, she asked the janitor to show the girls how much effort was required."

"The janitor took out a long-handled squeegee, dipped it in the toilet, and cleaned the mirror with it. Since then, there were no lip prints on the mirror."

Rosh laughed but lay awake late that night, seeking solutions for his father, in light of what Isha had said.

Interesting also, he thought, that no one had asked the janitor to be fired for his unhygienic practices.