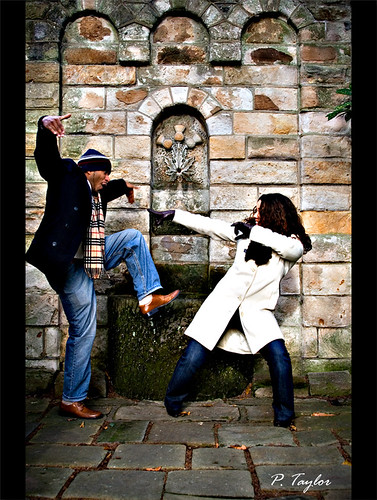 Logic is logic, but female logic is beyond logic! Completely incomprehensible, except to females.

These retold jokes are proof.

Rosh had wanted Isha to buy him some beer, but she had bought herself a jar of cold cream instead. Now the regular domestic scene was being played out.

“But it only cost $24,” Isha was explaining. "Much better value than your $36 case of beer would have been.”

“Beer makes you look much better to me, than your cold cream,” Rosh argued. “And don’t you talk about value comparisons.”

“Why ever not?” Isha fought back. “Women are better financial planners than men.”

“Yea,” snarled Rosh. “Dan, the old bachelor, found out that he was going to inherit a fortune when his sickly father died. The old man was on his last legs.”

“One evening, Dan spotted a lovely little thing. Wanting to impress her, the poor bugger walked up to her, and said: I may look like an ordinary man, but in just a few years, my father will die, and I'll inherit $200 million."

“Impressed, the woman obtained his details. Three days later, she became his stepmother. Women are so much better at financial planning than men.”

“Well, you can’t fault her logic,” Isha defended resolutely. “It was a financially better decision.”

“Yea right,” Rosh was getting madder. “Logic is logic, but female logic is beyond logic!"

“There is no such thing as female logic,” Isha was heedless of the consequences tonight. “Don’t go making up stuff, just to try and win an argument.”

“There is,” Rosh fumed. “What else do you call logic used by females? Femme Logic. It ain’t logic. It is Female Logic. Completely incomprehensible, except to females.”

“Prove it!” Isha stood with her arms akimbo, a prima donna in the dim light that served only to accentuate her curves.

Femme fatale, he thought, and mellowed. His war already lost, he tried for an orderly retreat.

“A couple were mourning the Silver Jubilee of their unhappy relationship,” he offered. “A fairy, wanting to brighten up at least this day for the poor old sods, appeared and said that because they had been so miserable all these years, she would grant them one wish each, to brighten up their lives.”

"The 50 year old female said: I blew all our money away on shopping, so I never got around to seeing the world. I wish I could still travel all over the world."

"The fairy waved her wand and POOF! The wife had the tickets and the booked itinerary for her world tour in her hand."

"The 50 year old man paused for a moment, and said: I've lost 25 years of fun, as she was always out shopping. I'd like a partner 25 years younger than me."

Isha burst out laughing, but before she could utter a smart retort, he was upon her. The cavalry advanced, breaching enemy lines effortlessly.

Next TaleTown Story: The Jester Returns