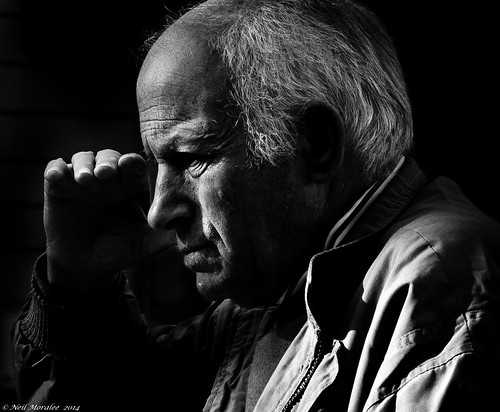 An imprisoned son sorts out his father’s problem while still in jail.

Rosh took his family over to Anand’s place the next Sunday evening, but he was still thinking about how he could help his father.

Anand had been running a spiritual discussion group from his huge garage, which was starting to get regular in their weekly get-togethers.

Each weekend, Anand spoke in Hindi on a different topic from Hindu scriptures for about an hour.

The meet was usually preceded and followed by a couple of Bhajans, which Vishnu sang in his soulful voice.

Members of a Fijian Indian Ramayan Mandali provided the sound system and orchestra.

Rosh was designated to summarize the talk in the end, and give a vote of thanks to the contributors and audience, whenever he was present in the meets.

Sometimes, members of the audience also brought light snacks for distribution at the gathering, when they wanted to celebrate a personal event like a birthday or a personal milestone like getting a job. It was a happy social gathering and numbers were steadily growing.

Rosh was not a devout temple-goer, but the idea of taking his family to regular Hindu religious education sessions where his kids could also get acquainted with the Indian Culture, Indian scriptures as well as ethnic Indian diaspora from all over the world, appealed to him greatly - now that his elder son was getting compulsory Christian religious education from his Anglican Boarding School.

Rosh was usually too busy working - even on the weekends, so his desire to attend these meetings also forced him to take a break from work, and gave the whole family some quality time together in the car, while travelling to and from Anand’s place.

Although Anand generally spoke on topics related with Sanatan Hindu Dharm for the benefit of his wider Orthodox Hindu audience, he also researched his talks and was quite well read.

Consequently, he tried to be open in his understanding and interpretation of the Hindu Thought. While Rosh was his usual self, asking questions and making light-hearted comments during Anand's serious spiritual monologues, other members of Anand’s audience never spoke up during these talks.

So, Anand actually enjoyed Rosh’s inter-activeness, mostly because he was funny while being insightful, and never disrespectful. He welcomed his curiosity because it made him think and research more. Rosh also made sure he never crossed the line.

Although Josh was too young to sit quietly and listen to anything said there, Hosh did. Consequently, he had lots of questions after each session, and Rosh did his best to answer them while they drove 30 km back to their home from Mangere after each attendance.

Rosh explained to his family, his own views on life and religion, and took this opportunity to retell Indian mythical stories more as moral and ethical tales of the ancients, rather than as sacrosanct religious and spiritual histories of Indian Gods, as they were normally told in India.

All in all, the family attendance at these meets bonded them together, as well as fulfilled important needs he felt for his kids to be connected with his own language and roots and to develop a rational and secular outlook on life. So, despite the cost and loss of income, he had kept coming back week after week.

Anand noticed, along with the rest of the congregation, that the usually interactive Rosh was very quiet today. After the meeting was over, and most of the group members had departed after having their tea, Anand came to sit beside Rosh. He asked Rosh what the matter was.

“He feels he’s not been able to do enough for his father in India,” said Isha, who was sitting beside Rosh, "because he is living so far away from him."

“But your father is well-off, isn't he?” asked Anand. “Does he need help from you? Isn’t he happy that you are supporting your own family after migrating to Auckland, and not asking him for further help to support you guys?”

“It’s not about the money,” Rosh replied. “There are other things a grown up son should be doing for his father. I have been able to do none of those for him.”

“What can I do from here!” Rosh said morosely. “I am so far away from him.”

He told Anand what had been disturbing him, and how he felt about his inability to do much because of the distance between them.

“An old Italian man lived alone in the country. He wanted to dig a garden to plant tomatoes, but the old body just wasn’t strong enough anymore to undertake that kind of hard labor.”

“His only son, who used to help him when he was home, was currently in prison. The old man wrote a letter to his son, pouring out his heart’s disappointment.”

Mio caro figlio, io ti dico … (My dear son, I tell you …)
It’s planting season, and I’m low on tomatoes. I feel pretty bad, because I won't be able to plant any tomatoes this year. I've just got too old to be digging up garden plots now. If you were here, my troubles would be over. You would have dug up the plot for me.
Amore da papa (Love from dad).

“A few days later he received a letter from his imprisoned son.”

Caro papa (Dear Dad),
Don't even try digging up that plot. It is very important, you understand. Don’t dig that plot! I’ll tell you why later, when I am back …
Amore, tuo figlio (Love, your son)

“Very early the next morning, the Carabinieri and Polizia (various police forces in Italy) arrived at the old man’s home. They dug up the entire plot.”

“Not finding anything interesting, they apologized to the old man and left. A week later, the old man received another letter from his imprisoned son.”

Caro papa,
Go ahead and plant your tomatoes now. That's the best I could do under the circumstances.
Amore, tuo figlio

Next Story: The Good Samaritan