A Land Too Far 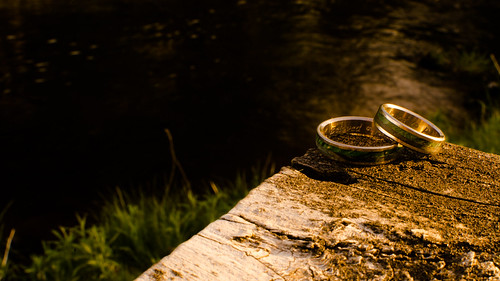 Insightful Story: A Land Too Far

Previous Story: The Story Of Chhalla

Isha was silent, aware of the truth in Rosh’s words. No wonder there was rising drug addiction amongst Punjab teenagers.

‘That was yet another form of death,’ she thought sadly.

Unaware of her thoughts, Rosh pressed ahead with his translation of the lyrics of 'Chhalla'.

“This folk song is a parent’s sigh for their departed son,” he continued.

"Chhalla is just black peppers now (In death rites, especially Tantric, Black peppers represent ‘spirit’ or ‘energy’). I feel like drinking thorn apple and dying, but then you’ll be blamed for it."

"Listen to me my ash-colored beloved, you've burnt me (as wood does) into coal."

"Son sparkles. Mothers dote on them. But the miseries that befall kids, take a heavy toll on parents."

"Nobody gets literally sold off or sacrificed here. It’s just a figure of speech - purely symbolic! Showing intense love and the parent’s wish to inherit their kid’s misfortunes or swap them with their own blessings."

"Listen to me, O Raven Challa (again, in Hindu death rites, a crow represents the departed soul), mothers are the coolest shades in summer."

"In one version, Gurdas Mann had sung three lines as a backdrop to the next verses of Challa:"

"They meant: I erred, in that I befriended a bird. I prepared rich food for him, but he fed not on it, but rather on my heart’s flesh. He took off on such a long flight once, that he never came back."

"Challa never returned, giving me a grief beyond lifetimes. He’s settled in a foreign land. A land too far."

"The journey of soul is viewed by many as a continuum of life, with the soul changing its transportation or residence multiple times (death of various bodies, the vessels, the houses)."

"Just as sleep divides our days (life), death must divide our soul’s lifetimes. If life is recognized by activity and consciousness, then death must be like deep sleep itself."

"One awakens anew every day, but one’s memories, character and other baggage (karma?) travel with the passenger, surviving the journey from night to day. A grief transcending lifetimes is therefore plausible."

"Personally though, I don’t think the poet is implying rebirths here or a karmic grief lasting multiple lifetimes (umran). I think he is just signaling an emotional distress so intense, it seems unlikely to ebb in a lifetime (umr). When every day is such misery, each day (figuratively) would seem no less than a lifetime."

"Listen to me, my dear Challa (self), why bitch about it?"

"If the grief is so intense,” asked Isha, “wouldn’t it be normal to grieve?”

“Soul has no companions,” answered Rosh. “It needs no companions. If no absolute relationships exist, why to fuss over separations? Do we grieve being separated from fellow passengers we leave behind in a bus or train? Kanwar Grewal had a similar verse in his version of Chhala:”

“Meaning, Chhalla is worldliness, with everyone focused on their own selfish wants, and no true relationships or friendships. Don’t lay claims Chhalla, he says, this life is ebbing away.”

“He went on to explain that people have become very calculative. They even remember God when they want something from Him. Someone wants a child, someone wealth, someone relief from bodily pain. That’s when they hit the ground and say their Hail Marys.”

“The Gurdas Maan version had another similar couplet before Chhalla’s next original verses:”

“Don’t be happy when the enemy dies, for the beloved will die too. Muhammad, who climbed such great heights (of self), also died in the end. The one who is born, will die one day. That is certain.”

"Celebrate today, the life adorned by loved ones, Challa, for they are not going to live forever (original verses had Sadaa Maape Ni Rehne, meaning parents won’t be around always, instead of Sajan Beli, loved ones). Sorrows will have to be borne."

"Listen to me, beloved Challa, why fight with them then?"

"Challa, the necklace of my neck, beloved of my heart, is gone. This is my miserable story."

"Come and listen to it, in my own words, what is there to hide from you?"

“I remember a verse from Gurdaas Man’s romanticized version of this song, featured in the film ‘Long Da Lishkara’,” said Isha.

“Meet me at the village well. Why village well? So all can see us meet. Love is not afraid of light. It is lust which craves darkness. Criticize upfront, don’t backstab. Fear (only) the True lord. Listen to me, beloved Challa, what is there to hide from God, our maker?”

Next Story: Bedsheet For The Soul