Neither Friend Nor Foe 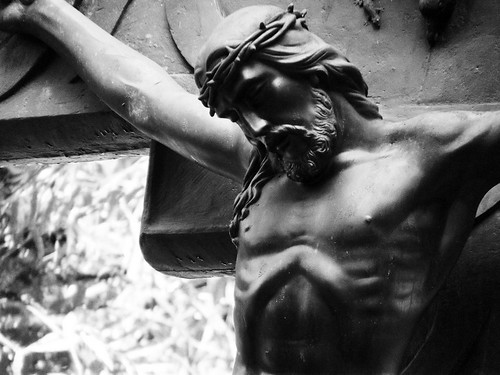 Rosh sat alone in his garden, watching the sun begin its solitary descent in the sky.

“Why are you sitting here alone?” Isha tapped him on the shoulder from behind. She had seen him, and strolled out to be with him. Josh had seen him too, and followed close behind her.

“Because I feel alone,” replied Rosh. “Loneliness seems like destiny, as we enter the evening of our lives. I keep remembering Rana Sahri’s words, which Jagjit Singh immortalized by his soulful singing.”

“What does it mean in english?” Josh asked.

“Koi means Any,” said Rosh. “Dost is friend, hai is to exist, na is nor, raqib is competitor, enemy or a rival, tera is your, shahar is city, kitna means how much and ajib is bizarre. Translated, the first couplet says: There is neither friend nor foe here! What a strange city have you?”

“What does he mean in plain english?” Josh asked again.

“You have to care enough about someone,” he replied, “to like them or hate them. The poet is saying that he feels like a stranger in your world, where people just don’t seem to care at all about others.”

"Vo means that, jo is which, ishq is love, tha is was, junoon is obsession, ye is this, hijre is separation, hai means to be, and nasib is destiny. Translated, lyrics in the second couplet say:"

"That love which was, was an obsession. This separation that is, is destiny."

“And what does that mean in simple English?” Josh asked again.

“We chase obsessions in life,” Rosh explained, “but however hectic they may be while they last, they don’t last forever. Performances end, but the show goes on.”

“Yahan is here, kiska is whose, chehra is face, padha is to read, karoon is to do, kaun is who, itna is so much, and kareeb is close. Translated in English, the third couplet says: Whose face should I gaze upon? None here is close enough for that.”

“The theme is loneliness,” said Rosh. “I feel alone in your world, Rana is saying. None here is so close, that I could even read their face. You can be lonely in a crowd. You see them, but they are too far for you to observe much. It implies distance in relationships. There is no closeness.”

“That is depressing. And there is not much you can do about it. Rana says:”

“Main is I, kise is to whom, kahoon is say, mere is with me, sath is along, chal is walk, sabke is every one’s, sar is head, pe is on and saleeb is cross - like the one Christ had to carry. So, this couplet translates to: Who could I ask to accompany me, everyone has their own cross to carry.”

“Does he mean we all have to die one day?” asked Josh. “So, no one will accompany us to our end? Or that we are already dead, because everyone has a cross on their head – like in a Christian graveyard?”

“To carry a cross,” Rosh shook his head, “means to carry a burden. Before Jesus was crucified, he was made to carry a cross (a heavy one at that) through the streets. Later, he was nailed to that same cross and crucified on it.”

“Via Dolorosa, the path that Jesus walked on the way to his crucifixion in the Old City of Jerusalem, is a latin word meaning 'Way of Grief,' 'Way of Sorrow,' 'Way of Suffering' or simply 'Painful Way'. Such is life too, for some."

“So, I think, Saleeb or the cross, is a metaphor here for responsibilities. In other words, the Shayar is saying that everybody here is so busy with their own schedule, that they hardly have time for anyone else.”

“But it isn’t just this loneliness which is crushing him. It is the realization that when people chase after dreams, or become opportunists in their quest for survival, relationships get sacrificed.”

“Tujhe and tu mean you, dekh kar is after seeing, sochta hun is to think, habeeb is friend, ya is or. So, the final couplet means: When I see you I wonder, are you a friend or a foe…”

“People hide behind masks. One can no longer discern where their true loyalty lies. So, the lyricist is now unsure about even whether someone is his friend or not…”

“He’s looking in the wrong place,” Isha interrupted Rosh. “Everyone has a True Friend! They just need to look in the right place. He is not alone. He never was…”

"There is no evidence, no rationale, yet the glorious Lord is with me."

"There is no lack of your grace, I’m just not paying enough attention."

"Who can part me from you, I’m eternal thirst, you a fulfilling stream."

"Your name is so tiny, your remembrance so elaborate…"

Next TaleTown Story: Is Cancer Not A Disease?