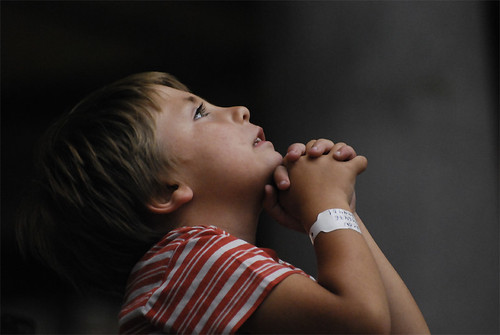 Can it never be repaid?

How is this ancestral debt, which a common man can’t repay even by true service of the parents?

Rosh and Qosh were listening to an audio, in which two people were having a conversation.

One was saying, “No one can repay the parental debt.”

“How?” asked the first

"When they became very old,” the other revealed, “I served them well. There is not much difference between a toddler and a very old person. They can’t walk, the bambino can’t walk. They can’t speak, the young child can’t speak. Tiny-tot potties on the bed, the elderly can bed wet or mess it up too. When they got too old, I served them like parents serve their kids. Haven’t I repaid their debt then?”

“No,” the first said. “No matter what the kids do, they can never repay their maternal and paternal debts.”

“Why not?” the other asked.

“Tell me honestly,” the first asked in reply, “when you served them and couldn’t bear to see their pain, did you not pray that God take them now to relieve them of their troubles?”

“Yea,” the other agreed. “I did wish that sometimes. The acquaintances who came to see them, also used to say after seeing their problems that it would be better if God called them to Him now.”

“When you were young,” the first said, “you must have been ill sometime. Your parents must have prayed for you too – but for your recovery, not for your demise.”

“Forget that. If a child gets an incurable ailment, doctors give up, and the lifelong savings of the parents are being burnt up in his cure, even then no mother asks God to kill her child. And no one dare wish for his death in front of her.”

“There is a difference in your service and theirs. Their debt cannot be repaid...”

“It is counter-intuitive,” Rosh said, stopping the tape, “but it does have an answer to my dilemma. You had asked me to pray for you, that you pass over while you are still healthy.”

“After such a long time, I’d finally gotten rid of the habit of asking, but on your request, I asked God for this. It felt like I was committing a crime. What was I asking for!”

“It wasn’t that I did not understand what I was asking for, or why. But even when I was asking for a fast, easy, painless death for you, I was still asking for the death of the person whom I’ve loved the most in this world.”

“So, raising my hands in prayer, I asked for it. But I don’t know why, I could never do it again. I had told you on the phone about my fix.”

“This tape helps me see why it felt bad. Love can serve, but cannot ask for death. To ask for death, love must become compassion. Which means, love tempers into, blossoms into compassion.”

“Regarding the remaining matter of debt repayment, debt is simply math. There is no confusion in math, only in its understanding. Whatever is owed, can be repaid with interest. The balance does get repaid in full, when repayment instalments add up to whatever was due.”

“2 and 2 always add up to 4 in math. But the books of life get cooked up by corrupt accountants, traders and lenders, whose debts never get repaid, no matter how much you pay off.”

“Ancestors are not scamsters. Bhagirath brought Ganges to the Earth, his ancestors found salvation, his ancestral debt was repaid. Yayati’s son Puru repaid his parental debt. Bheeshm repaid his. Shravan Kumar repaid his.”

“The ancestral debt (Pitr Rin) is also repaid by doing Shradh (Death Rituals), some scholars say. Scriptures talk about ways of doing this through rituals. But, Shraddhya Idam Shraddham. That which is done devotedly, is Shraaddh. That which is offered with reverence unto the spirits and pittras (ancestors) for the satiety of their atma (soul), is Shraddh.”

“But all these arguments are for those who believe that these debts exist. An ancestral debt may not necessarily exist. What favours does a rapist do to the woman he impregnates or to the child born as a result, that there be any debt?”

“Does paternal debt arise simply from birthing someone? I’ve heard only of humans taking or giving debts, although plants and animals are born too. Do they repay their ancestral debts too? How would they be repaying their debts? Merely by procreating?”

“A debt is something one takes on. Inherited debts have long been eliminated now by developed societies. But the pundits continue to intimidate humankind, relentlessly.”

“The speaker in this audio isn’t trying to scare us. But what nonsense he is spouting – that there is a debt, which should be repaid, but which will never get repaid however much one repays.”

“Crazy fellow, life transacts on hope. Who would even try and repay a loan which has no hope of ever being repaid? At least put some thought in it, before preaching your theory.”

Next TaleTown Story: This Too Shall Pass