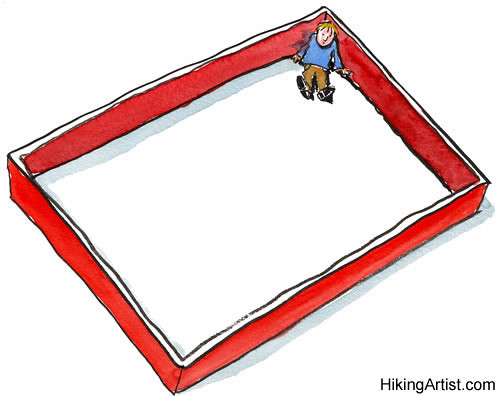 The missing God meant BIG trouble for him, little Josh thought, given his mischief-making track record.

Funny story with a retold joke on how kids think...

Jignesh had lost his new cellphone in the kindergarten and was quite upset.

The teacher was upset too, that Jignesh's parents had given him such valuable gear at such a young age.

The boy was beside himself with grief and at his wit's end. When asked, the only intelligible thing he could reveal was that Josh had seemed very interested in it.

The teacher decided to call in Josh, to try and tease out if he had stolen it.

Given Josh's other mischief making, it was also probably time to educate him that God sees us even when no one else is watching.

Josh was summoned into the teacher's office. She glared at him from across a huge, impressive desk behind which she sat. For a few moments, there was pin drop silence in the room.

Josh didn't like coming into this office, and all this silent staring was making him very queasy. He stood twiddling his fingers behind his back.

When nothing was said for a few more moments, he lifted his shoe to rub it behind his other leg, just to ease his unease.

"Have you taken Jignesh's phone?" the teacher asked finally.

The boy shook his head. He had seen Jignesh sobbing his heart out.

"Have you seen it?" she asked again, her tone sterner.

The boy shook his head again.

"Are you sure?" she growled, staring at him.

He nodded quietly, and lowered his gaze. Sensing his fear, she decided it was time to drill in that there were no secrets from God.

She pointed her forefinger at him and hissed, "Where is God?"

Josh stared under the desk, in the corners of the room, all around the office, but said nothing. She felt irritated that he was avoiding eye contact.

Again, she pointed at the boy, and hollered, "Where is God?"

Again, the boy looked all around, but said nothing.

'He just isn't paying attention, is he?' she thought.

She leaned far across the desk to put her forefinger right under the boy's nose and bellowed, "Where is God?"

Josh screamed and bolted from the room. He ran all the way to home. Finding his older brother home, he dragged him upstairs to his room and into the closet, where they usually shared secrets.

"I am in BIIIIG trouble," he wailed.

"What do you mean, BIG trouble?" Hosh asked.

"God is missing," Josh replied, "and they think I did it!"

Next Story: Jesus Is Watching You