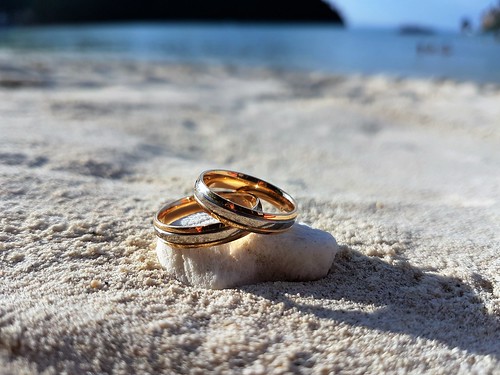 Rosh translates the lyrics in various versions of ‘Challa’ in context of the lover’s ring, the boatman’s dead son & Punjab’s current issues

Previous TaleTown Story: Are You A Leaf Or Root?

“Why have you kept so many versions of Chhalla?” Isha asked Rosh, browsing through his playlists.

“Because many parodies and versions exist,” Rosh answered simply, “and there is something unique in each version I’ve kept. I just love this folk-song.”

“I love the lyrical variations by the 1970s Pakistani folk singers Shaukat Ali, Inayat Ali and Alam Lohar, and I particularly love the soulful voice of Shaukat Ali, and the style of Arif Lohar, Alam’s son.”

“Among parodies, I find the recent Challa In Chandigarh funny, but it is still the original lyrics which move me, just like they did in my formative years.”

“The song itself is probably a hundred years old. In one of his renditions, Gurdas Man said this folk song originated from Saandal Baar, now in Pakistan.”

“That old?” Isha was surprised.

“Yeah,” he nodded. “A version of it, written by Fazal Shah, the owner of ‘Nautanky’ (later called Pakistan Theater), was already out on an LP by HMV in 1934, with his wife Amman Iqbal composing its music and their adopted son Aashiq Hussain Jatt singing it.”

“It is said that Challa was a boatman’s son, who drowned in a river on his first trip ferrying passengers across because his father was too sick to row on the day.”

“The passengers had appealed to the boatman, that he send his teenage son instead, to take them across. The father was apprehensive, but the boy had insisted. Imagine the caring son arguing to go, and then his death, and you will see why these lyrics penetrate the soul.”

“In other parodies and versions, Challa is just a ring, which is what it also literally means in Punjabi, given by one lover to another as a token of love.”

“A Ring is the most ordinary of ornaments, but when worn on a finger as a symbol of someone’s love, it becomes the most precious of possessions. It matters not whether it is silver or golden, iron or brass. Its value lies in its being a constant reminder to the wearer, of the giver’s intent, image and love.”

“Strangely, I am touched even by these romanticized versions of the song. When I hear these verses visualizing Challa as a ring – a symbol of love, I see an estranged lady talking to her lover’s gift, pouring out her soul.”

“To me, the lyrics make sense in both these settings - the temporal and the spiritual. The song begins with:”

"Someone please fetch him back, he fought with me today before leaving."

"May he come back, O Lord, so I can sacrifice my life at his feet."

“Let me translate the rest with Chhalla, the dead boy, in mind, because that’s how I usually visualize this song. His father is saying:”

"Challa is just a flower (of which the fruit has yet to come), and the journey to our beloved’s land is far-far away. He isn’t meant to go there before me."

"Listen to me, my lad Challa, you’ve given my heart much grief."

"Challa ferries nine across (implying he is dutiful, confident, caring, strong). Sons are such sweet gifts, to whomever the Lord gives them to."

"Adorning parents’ lives like a ring on their little finger. Girls, on the other hand, are someone else’s wealth (because traditionally, Indian brides leave parental homes after marriage to go and live with the groom)."

"Little wonder then, that such a misogynistic philosophy led sons to be prized over daughters. And, in the land where Sikh women like Mai Bhago had often led armies into battle, Sikhs ended up with the most uneven sex ratio in the whole of India (900 females per 1000 males)."

"The aftermath of the Khalistani separatism of the 1980s, saw men fleeing Punjab in droves to escape death and harassment. Kanwar Grewal acknowledged this situation in his version, by changing Allah Sab Nu Deve to Dhiyaan (Hee) Sab Nu Deve (meaning, may Lord grant everyone only daughters). He says:"

"Challa was dutiful, confident, caring and strong. Sons are such sweet gifts, but may Lord give daughters (only) to everyone. Seems sudden, non-sensical and out of place, doesn’t it, until you hear what he says next."

"Mothers, whose sons have departed this world, lock themselves up and wail behind closed doors. Who can they tell their stories of grief to?"

"Today, Punjab is at peace, but it is still draining young men – this time to emigration. In the small villages of Punjab, the streets are empty of young males, most of whom have migrated to USA, Australia, Europe and Canada, looking for a better life abroad."

"Few ever return for good. Left behind are villages bereft of an entire generation of young men, villages where women now fear walking out at night because they don’t have male protection, and where seniors fend for themselves in large mansions, hoping to see their children once more before they die."

"Chronic separation is another kind of death. Death of a relationship, even when both parties are alive. Today, Challa lives. But he lives so far, he is as good as dead to his family back home."

"Isn’t it reasonable then, for Grewal to wish that the Lord blessed Punjab only with daughters?"

Next TaleTown Story: A Land Too Far