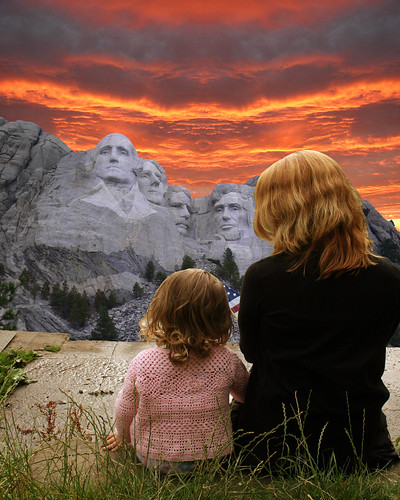 Glimpses of greatness can be seen all around us, not just in ancient avatars and famous leaders.

Necessity and opportunity creates heroes out of ordinary beings

“Why does remembering the Lord give her no solace?” asked Isha.

“Because she’s not really remembering Him,” answered Rosh. “Her remembrance is superficial, her worries bottomless. Do we think of the Lord when our toenail is bleeding?”

“Having access to information about something is not the same as knowing that thing. We are told we are not just the body. We also have a soul. But do we really know that?”

“Do we ever feel like a soul, as we go through the daily motions of living? Does this information change our daily routines? Does it change our perspective on life or on the world around us?”

“Knowledge transforms everything. We begin to understand that we don’t have a soul. We are a soul! And we have a body! Just like any other animate being!”

“As proceeds of a ritual called war, the Sanyasi continues, masters of 10 directions, who were much harassed by the 10 headed monster (likening the mighty Ravan to the powerful British), desired its beheading.”

“Keshav incarnated as Raam (and generously distributed Lanka King Ravan’s 10 heads in 10 directions, thus killing him, to end evil all around). Hail!”

“Keshav appeared as Ramchandra, Shanti concurs. I remember his victories. Glory to the Lord of Universe.”

“But she trembles still, terrified by her apprehensions.”

“Condemning animal sacrifice, even where it was conducted by the book (signaling wrongfulness of the exploitation of poor hapless people by British Tax collectors, despite authorization by the Nawab), the Sanyasi asserts, and decrying the basis of these rituals (British Administration) as mere scholarship lacking any divine authority, He showed a compassionate heart. Keshav appeared as Buddha. Hail!”

“Keshav took the Buddha form,” Shanti recalls. “I remember his victories. Glory to the Lord of Universe.”

“But didn’t Buddha himself deny the existence of God?” Isha objected. “Then why did Hindus call Buddha a Vishnu Avatar? Krishna as an avatar, I can understand.”

“That is humanity for you,” Rosh laughed. “We take what we want to take from anything. And we indoctrinate everything. Industriously creating industries of interpreters.”

“Because thinking for oneself is hard work,” Rosh smiled mischievously. “Relying on someone else to think for us, interpret for us, is much easier. Like water, life takes the path of least resistance.”

“Ancient Hindus delegated their interpreting to Brahmins. Look where the mighty culture ended up. Today, we delegate our interpreting to lawyers, lawmakers, leaders. We aren’t headed anywhere better.”

“But back to topic, Buddh was born a Hindu. In those days, you couldn’t convert out of Hinduism, even when you had metamorphosed into a non-believer.”

“So, Hindus coined the term ‘Nastik’, Sanskrit for non-believer, to deal with mavericks like Buddha, ordained him as an Avatar, and it was business as usual after that.”

“Buddha, who had created such trouble by denying the very existence of God, had been dealt with, and doctrinated. No longer a threat to Hinduism or the Hindu pantheon of Gods."

"Regardless, in calling him a Vishnu avatar and assimilating his conflicting insights, the Hindu tradition showed only its accommodating nature.”

“Lord Buddha finds mention as an Avatar not just in Vishnu Puran (Part-3, Chap-18), but also in Bhaagvat, Harivansh etc. More startling though, was that many Buddhists began to worship Buddha as a God, perhaps mindlessly imitating their Hindu peers.”

“But, you seemed more comfortable with Krishna as an Avatar. Interestingly, Krishna is not considered an Avatar by many Krishna devotees, but as 'The Lord Himself’ (‘Svayam Bhagavan').”

“The Avatar list in different scriptures can also vary. Dasavatar may have been more prominent for the Hindus of the 12th century AD, but there have been many Avatars, as there should have been.”

“Necessity and opportunity creates heroes out of ordinary beings. Yet, it is their tales of grit and their capacity to think outside the square that inspires us, moves us, gives us hope and faith.”

“So, we paint our heroes as divine, and create larger than life portraits. By making them unlike us, we absolve ourselves of our duties, returning guilt-free to resume life in our comfortable miseries.”

When Isha did not comment, Rosh proceeded to explain the concluding verse in the Anand Math song:

“To annihilate the multitude of wicked people in Kaliyug (alluding to the officers of the British East India Company), the Sanyasi promised, He will appear like a terrifying comet, brandishing a dreadful sword.”

“The Sanyasi would have probably been content comparing Kalki’s Sword with the canon his technicians had manufactured, but the mushroom cloud has provided the world more terrifying glimpses of what to expect from Kalki in the future.”

“Keshav will appear in the form of Kalki, the Sanyasi reminded Shanti. Hail!”

“Keshava will take the form of Kalki,” she understood him, but the realization disintegrated her completely. She fell at his feet, seeking guidance and support."

“Knowing that whoever arrives here, has to depart,” Rosh sighed, “should guide all our actions in life. It doesn’t. It should help us discharge our duties with grace and integrity. It doesn’t.”

“Emotion vanquishes reason. Fear freezes discretion. Ego asserts itself, and the will to survive overpowers everything else. The mere thought of loss become unbearable.”

“We desperately yearn to cling to the fleeting, but it slips away relentlessly, like fine sand through our fingers. The Jai Jagdish Hare song reminds me of all that. It makes me stop. And rethink ...”

Next Story: Control Your Tongue