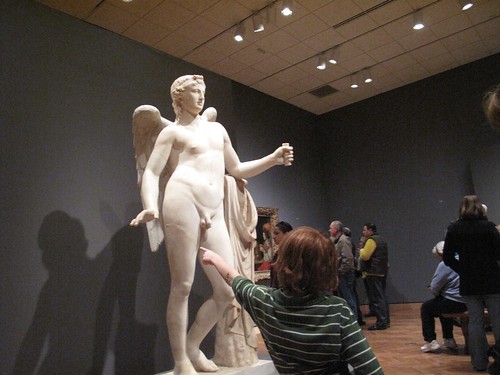 The Chapel Service takes its toll on little Josh's mind, when he attends one at Hosh's Boarding School one weekend.

One weekend, the family was attending Chapel Service at Hosh's School. When the congregation had settled down, the pastor began by thanking them for the past donations and how their money had been used to help in various worthy projects around the world.

"What goes around, comes around," said the minister. "When we give, in money, time or effort, we receive back, in peace, happiness and fulfillment."

"The past collections had been useful," the pastor recounted, "but not near enough on the odd occasion. For example, an African school had needed a new coat of paint."

"So, with the donations received from Hosh's school, they had gone down to their local hardware store, and used it all up to buy the cheapest paint the store had in stock."

"When they had the job half finished and were down to the last two drums of paint, they discovered they didn't have enough."

"What should we do now?" they discussed, and came to the conclusion that they would water down the paint to make it last the distance.

"Well, they finished painting and stood back to admire their hard work. They looked at how beautiful their school looked now. It gleamed afresh and made them feel proud."

"But, man proposes, God disposes. It rained as soon as they had finished. The paint washed off in many places, leaving ugly blotches."

"Repaint! I told them," said the pastor, "Repaint! And NEVER thin again."

"I am sure," the pastor concluded his charity appeal, "that a little further help would be much appreciated by them all. And now, I have good news and bad news."

"The good news is, we have enough money to pay this school we are helping in Africa. The bad news is, it's still out there in your pockets."

The congregation laughed again and dug into their pockets.

The students took the collections bags around the pews as all stood up and the first hymn began.

When the congregation had settled back into their chairs after the hymn, the priest began his sermon.

"Dear Lord," the minister began, with arms extended toward heaven and a rapturous look on his upturned face. "Without you, we are but dust..."

He would have continued, but at that moment, the attentive little Josh leaned over to Isha and asked quite audibly, "Ma, what is butt dust?"

But the damage was done. People in the neighboring pews had heard him, loud and clear.

They were smiling, while the teenagers around them started giggling away uncontrollably. A fat boy sitting beside them, literally rolled away in mirth. Isha's earlobes heated up and her face turned crimson with embarrassment.

She looked at Rosh, but he sat cloistered in himself. Josh sensed her unease, and it made him eager to leave church. But Isha stayed put.

"Can we leave now Ma?" he asked, unable to wait anymore.

The sermon continued. But growing restless, Josh tugged at Isha's sleeve repeatedly, silently requesting if they could go now.

"No," she told him finally. "The Pastor's turn to talk isn't over yet!"

"He has a really long turn!" Josh complained loudly.

Their neighbors laughed again, concentrating more on his antics now, rather than on the pastor.

By now, thoroughly embarrassed, Isha stood up and led him out of the chapel. As she strolled alone in the foyer outside, waiting for the service to end, she noticed Josh staring up silently at a large plaque. It was covered with names and New Zealand flags were mounted on either side of it.

Josh had been staring intently at the plaque for some time. Isha walked up to him, and stood beside her little boy.

"What's this Ma?" he asked quietly.

"It's a memorial to this school's old boys," she replied, "who died in the service."

Soberly, they just stood together, staring at the large plaque. Little did she realize, that the Service had finally taken its toll on little Josh's mind.

Finally his tiny voice, barely audible and trembling with fear, asked, "Which service, the weekend one or the mid-week one?"