Two Sides Of A Coin 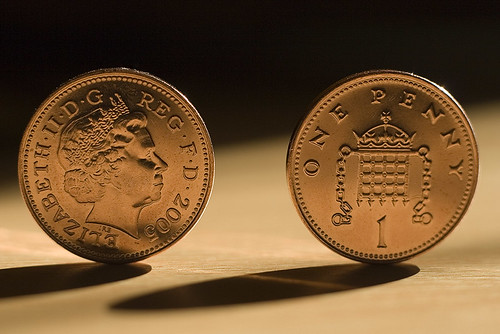 Like Head and Tail, two sides of a coin, does man have two sides too?

Are people good or bad, or is it all in the eye?

Insightful story with pointers from Kabir

“We’ll have to keep someone with us here soon,” said Mukesh.

“Best if we find someone we like. It would be a pain if the Hostel Warden gets a rat-bag settled here with us.”

“True,” Rosh agreed, tying his shoe-laces to go out.

Inder was thinking something else altogether.

“Either I am good or I am bad,” he said to Rosh. “A person can’t be both at the same time. Better clarify who I am to you, before you walk away.”

“It matters to me,” Inder growled, “what people say about me to others. If you want to live here, you will have to clarify whether you consider me good or bad.”

“Oye, it was you who said that he’ll tell,” Mukesh tried to end the matter. “He was only joking, mate!”

“Ask him,” Inder roared, “Was he joking or speaking out his mind?”

“Lying is an old habit of mine,” Rosh laughed and side-tracked the showdown. “I’m trying hard to change, but old habits die hard.”

“I will,” Inder thundered. “He’s insulting me, and I shouldn’t even mind? If you are going to advocate for him so much, you won’t be able to stay here either. Speak up Rosh, what do you have to say.”

“I am trying to be truthful nowadays, friend,” said Rosh. “All the things I’ve said about you are true too. Why, do you deny any of them?”

Inder gave no reply. Staring impatiently at Rosh, he was still awaiting his answer.

“Interestingly,” Rosh continued, noticing his uninterrupted stare, “whether the melon falls on the knife, or the knife on the melon, it is the melon that gets chopped. You are trying to show us all our place in this room.”

“The issue is not whether I am speaking my mind or telling fibs. You don’t give a shit about that. You’ve already decided our penalty, regardless of whether we are guilty or not. No…?”

“Getting rid of the second guy was ok,” he changed the topic, “but why did you drive away the first? He seemed fine.”

"I drove away no one,” Rosh answered seriously, “both ran away themselves. I only showed them a trailer on demand. They didn’t like it, so they shot off to watch another movie.”

“Which reminds me, a Hindi movie is being played in the theater. I’m going now to watch it. Anyone wants to come along to see it?”

“I’ll come,” said Mukesh, getting up and getting instantly ready.

After walking together quietly for a fair distance, Mukesh finally spoke his mind, “Inder is too hot-headed, but maybe the previous lad was ok. We should have kept him.”

“Perhaps,” Rosh agreed, “but it isn’t too late yet. We can go back right now, if you think he would be a good fit. You go get him to the room. We’ll keep him.”

“No, it’s too late now,” Mukesh sighed. “What do you think? What kind of people are good? How to recognize them?”

“People are not good or bad,” replied Rosh. “It’s all in the eye. People habituated to fault-finding see neither their own faults, nor the good in others.”

“A Kabir couplet says: Bura jo dekhan main chala, bura na milya koe. Jo mun khoja aapna, to mujhsa bura na koe (meaning, I couldn’t fault others when I went on a fault-finding mission. Introspection showed, that I was the worst of them all). Blaming others is excusing ourselves ... "

“Other than God, who knows what someone’s reality is. How people appear to us is just a matter of our perspective. Beauty is in the eye of the beholder."

“Every coin has two sides. Whether you are seeing the Head or the Tail, the coin remains the same. It does not change. You can only see one side at a time, so it appears that there are two. They are different. But it is only one coin.”

“Man is the same. Good and evil are his two sides. Whether good is visible or evil, it is the same man. He does not change. You can only see one side at a time, so it appears that there are two. They are different.”

“This is a good guy, that is a bad guy. It is the same man. Good and bad are our viewpoints, which color what we see. A man’s circumstances can be good or bad. His time can be good or bad. Once we form an image about someone, we don’t even change that readily.”

“Someone who has already found fault with others, what will he find in us? He will only find fault. We have shortcomings too. We are not blemish less either.”

“Someone who is fearfully running away from evil today, will keep running in future too. How will we keep him in our room? How can we hope to inherit good, if we are not good ourselves?”

“Let us be good, and see goodness in others. We can choose to do that. What we will get, will depend on the discretion of the giver, not of the taker.”

“Let the leavers go, Mukesh. Just keep your door open. Keep your mind open. Others who want to come, will come. And they will be better than those who came before them. They will be nicer.”

Lost in their own thoughts, with chins tucked in their chests, both friends walked quietly to town from their hostel for a very long time.

‘Rightly so,’ Mukesh was thinking, 'I will focus on just the good in my life too. And try to be good myself.’

Contemplating thus, Mukesh also suddenly reached another conclusion. Lifting his head, he looked at Rosh and declared, “You will decide who will be our last roommate. I’m with you.”