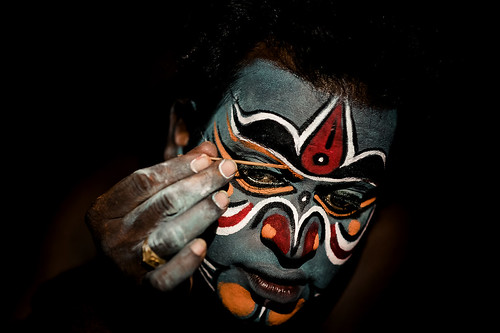 Previous Story: Get A Worry Doll

Rosh’s smartphone beeped. He checked the notification. Dhir had forwarded a message to the family group on Whats-app.

It was one of those funnies that you get from someone in one of your online groups and decide to forward to your friends or family because you liked it enough. It read:

Duryodhan & Rahul Gandhi: Both without talent. Yet both wanted to be rulers by birth-right.
Bhishma & Advani: Never crowned. Got respect, yet became helpless at the end of their lives.
Arjun & Narendra Modi: Both talented. Reached the highest position due to being on the side of dharma. But realized how difficult it is to follow and practice.
Karna & Manmohan Singh: Both intelligent. But never reached anywhere being on the side of adharma.
Shakuni & Kejriwal: Both never fought a war, just played dirty tricks.
Dhritrashtra & Sonia: Both were blinded by the love for their sons.
Krishna & Abdul Kalam: We celebrate both of them but do not follow what they taught and preached.
This is Mahabharat and Bharat.

Usually, forwarded WhatsApp posts didn’t elicit much response from Rosh, but this one was provocative. Somehow, it got his creative juices flowing.

He started texting a short retort but found that an hour later, he was still sending bytes. He scrolled up to read what he had sent:

I don't know about Rahul Gandhi, but Suyodhan was very talented. He was a great warrior, political maneuverer and military commander. He had the intelligence to recognize Karn's talent, the courage to acknowledge and honor it publicly despite bureaucratic pressure, and the wisdom to befriend him.

Despite their reservations and personal preferences, Bhishm, Dron and many other great warriors fought from Suyodhan’s side in the great war. That must have taken some diplomacy.

If not being crowned meant Bhishm and Lal Krishna Advani led not as Kings despite their merit, but only as Kingmakers, then the comparison would have been better with Gandhi or Chanakya instead, or even Sonia Gandhi, as Advani wasn’t really kingmaker of Atal Bihari Vajpayee. The others were (kingmakers of Jawaharlal Nehru, Chandragupt Maurya and Manmohan Singh respectively).

Bheeshm’s comparison with Advani is problematical also because Bhishm vowed to serve the King and never be King himself all his life, more like Gandhi and Chanakya. Advani on the other hand, wanted to be King. He proclaimed his candidature himself, for the Indian Prime Ministership on various occasions.

Like Gandhi and Chanakya, Bheeshm also remained more powerful than the kings he had created, throughout his life. He remained sought after by the powerful, even on his death bed. That's not helpless!

In fact, the dying Bhishm showed that not only did he have the power to choose the time and manner of his own death, but also the will and stamina to live until his chosen moment.

So, if ‘helpless’ implied just his physical condition, only at the time of his death, then too the ‘end of their lives’ comparison with Advani is flawed. Advani is still alive!

I am not so sure that Arjun or Modi were on the side of Dharm (righteousness) any more than the others. They both won, that is a fact. That makes them a winner, but does it also prove they were more righteous? Not in my book.

Truth prevails, they say, but let’s not forget that history was written mostly by the winners. That makes it a one-sided story. How can an uncontested story be used as proof of anything, let alone someone’s morality? That truth should prevail, is a hope. But what prevails, is generally accepted as the truth.

Similarly, how, when and by whom was it decided that Karn and Manmohan Singh were any more on the side of Adharm than any of the other players? If evil was such a handicap to achievement, why would vice be the most popular tool used by the world to gain material success?

Regardless of whether Karn or Manmohan Singh were on the side of Adharm or not, to conclude that they reached nowhere is nonsense. Being where they were, one became king and commander of Mahabharat, and the other prime minister of Bharat.

This WhatsApp poster states that Shakuni and Kejriwal never fought a war! Seriously? I’m beginning to doubt now if this poster really knows much about either Bharat or Mahabharat.

Shakuni fought a war throughout his adult life, both physically and mentally. He fought consummately, totally. Like no other Mahabharat warrior ever did.

He came to live on a battlefield. He died fighting on one. Dirty tricks are a tool of war, or hasn't the writer heard that all is fair in love and war!

Kejriwal came from a middle-class Haryana family, grew up in the streets of Sonepat and Ghaziabad, graduated from IIT Kharagpur and became Chief Minister of Delhi. Whatever else one says about him, it would be comical to accuse him of not having fought a war. Not all wars are physical.

He was awarded the Ramon Magsaysay Award in 2006, for his involvement in a campaign against corruption (Parivartan) using right-to-information legislation. He later donated his award money as a corpus fund to found the Public Cause Research Foundation, a non-governmental organisation (NGO).

In 2012, this former Joint Commissioner of Income Tax in Delhi, launched the Aam Aadmi Party. When his party won in the 2013 Delhi Legislative Assembly election, he became Chief Minister of Delhi.

He resigned 49 days later, stating that he did so because of his minority government's inability to pass his proposed anti-corruption legislation due to a lack of support from other political parties. He was sworn in as Chief Minister for a second term, after his party won again in the 2015 Delhi Assembly election.

Recent Hindi films have been using variations of the punchline - Don’t underestimate the power of the common man (aam admi). I thought these were all inspired by the work and success of social activists like Kejriwal and Anna Hazare, with whom Kejriwal had earlier worked in the campaign for a national-level Right to Information Act (enacted in 2005). Isn’t it their feats that have made the term 'aam admi' khaas (distinguished)?

And what if Dhritrashtra and Sonia were both blind for love of their sons! Which parent isn’t? All parents love their kids, don’t they? Love is blind, isn't it? Then, why single out Dhritrashtra or Sonia?

We celebrate neither Krishna nor Kalam. They are people, not festivals! If celebrating a person means assigning great social importance to them, then regardless of the high esteem in which I personally hold him, Abdul Kalam does not qualify.

A rocket scientist, who became President of India. Who cares today? Many haven't even heard his name, even inside India. He would soon be relegated to forgotten history, only slightly better than the rest of us, who didn’t even make it into the history book.