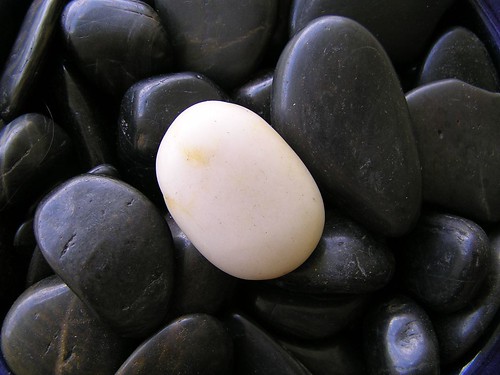 "Who do you love more? Your Ma or Pa?" Pat asked Josh.

Rosh and Isha turned to look at their son, suddenly interested in his response and reaction.

The family had come to dine with their friends, and Pat was a friend of the hosts.

Josh looked helplessly at his parents, not knowing what to say.

He did love Isha more, but he knew Rosh would be deeply hurt if he confessed that to him.

He also knew Rosh knew, but to say it out loud bluntly and publicly was another matter altogether. On the other hand, he did not want to lie either.

When Josh didn't answer and the pause became noticeable, Rosh tactfully intervened with a merry remark and the conversation drifted away from the awkward silence.

Driving back from their dinner evening, Rosh was furious.

"Damn!' he fumed. 'Damn her! Asking a child such a terrible question, especially with both parents in earshot to hear his answer."

"Stop being so protective of your children," Isha intervened before he could flare up even more.

"They have to learn to face difficult situations in life, and come up with acceptable solutions. It builds confidence and character. You want them to grow into strong and confident trees, not weak as vines and remain always dependent on you."

"I once read of a farmer in a small Indian village, who had borrowed a large amount from a moneylender. The old and ugly shylock fancied the farmer's beautiful daughter.”

“So when the farmer couldn't keep up his repayments, he proposed to forgo the farmer's debt if he could marry his daughter. Both father and daughter were horrified at the proposal.”

“The cunning old fox felt their displeasure. Sensing their reluctance and antagonism, he decided not to give them any more time to contemplate and forced their hand right then and there.”

“The trio had been standing on a pebble strewn path as they talked. He bent down and picked up a few pebbles.”

“Let lady Luck decide the matter,” he began reasonably. “I’ll put one black and one white pebble into this empty bag and let the girl pick one out from the bag."

“If she refuses to pick a pebble,” he continued, his tone now stern. “I would foreclose on your debt for an immediate repayment now. I have been too lenient on you in the past, but I can wait no longer."

"I do not wish to force a sale of everything you own, but no more dilly dallying and excuses. I’ll have her or I’ll have my money.”

“As he talked while sifting through the pebbles, the vigilant girl saw him drop two black pebbles in a money bag. Unaware that she had seen his sleight of hand, he looked up and asked her to pick a pebble without looking in the bag.”

"Imagine you were that girl?" Isha asked the family as Rosh drove them back home. "What would you have done?"

"I would expose the cheat," said Josh.

"Easier said than done," replied Isha. "He could say he made a genuine mistake as he was too busy talking. Anyway, it would only make the jackal madder. Then he'll cook up more elaborate schemes to get her."

"Like what wolves and foxes cook up when they are determined to get you. Ask Pa about the little Red Riding Hood or The Wolf And The Lamb."

"Is there any way she could refuse to draw the pebble?" Hosh asked interestedly, before Josh could go chasing after more wolf and fox stories.

"Unlikely, as a condition of the bargain stipulates certain bankruptcy and loss of assets and honour for the farmer in that event. Even after all that, he'd still come after her," replied Isha.

"The girl has no choice but to pick up a pebble then," Rosh was resigned. "She's doomed, but at least it will save her father from his debt and disgrace."

"I'm not sure that would be a happy or graceful solution for anyone either," replied Isha. "Rosh, you can do better than that."

"What did she do Ma?" asked Josh earnestly. "You tell us."

"Oh not so fast!" said Isha. "Ponder awhile. We all end up in tricky situations like these in our lives sometimes. No matter how smart we are, life keeps testing us with its curlies."

"To solve big problems, we must first discipline ourselves, by keeping at solving the little ones we face. There are no shortcuts to glory, you know."

All three boys excitedly offered various possibilities, but soon grew despondent when Isha blew all their suggestions out of the water. Finally, Rosh surrendered. "We give up," he said for everyone.

"The solution lies in thinking outside the box," Isha relented, "or bag in this case. I give you one of the many possible solutions, though it is by no means the only one."

"The girl looked away and put her hand into the bag to draw out a pebble. As she drew her hand out of its tiny mouth, she fumbled and let the pebble fall onto the pebble-strewn path, where it was lost amongst all the other pebbles."

"Oh, clumsy me!" she gasped, then recovered quickly and said, "But never mind, let's look into the bag for the one that is left. That will tell us which pebble I had picked."

"Since the remaining pebble was black, it was clear that the one she had picked must have been the white one."

"Since the moneylender dared not admit his dishonesty, the girl crafted glorious victory out of certain doom."

"The moneylender couldn’t be certain he had been tricked, but he sensed that he had a tough adversary should he persist."