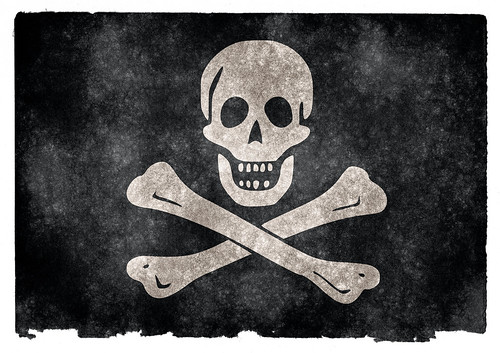 Hosh explains how burns can kill or affect health and how to treat them.

Rosh laughed at Josh's impatience and impertinence, and continued his tale.

"Marjina knew it was time to go back into the kitchen now," he said.

"She could wait no longer, as the oil would soon begin to smoke and catch fire."

"Scooping her pot full with sand from the courtyard grounds, she hurried back."

"She pulled open the kitchen door, walked over to the open flame and threw the sand on the fire, killing most of the fire off instantly."

"She dipped the empty pot in the hot cauldron and scooped out a potful of oil. Holding it carefully, she tiptoed to the nearest Trojan barrel and poured out the super hot oil in the central dip of its wooden cover."

"Without waiting, she raced back silently to the cauldron and refilled her pot. Then back she ran carefully, to pour it onto the next barrel cover."

"Repeatedly, she bailed out potfuls, carefully took them to the barrels one by one, and poured them straight onto the barrel covers. Then she ran back for more."

"Traces of marijuana still floated in the air, and her physical effort made her feel lighter. She hurried about her business, acutely aware of the need to stay focused and the danger she was herself in now."

"By the time she had poured out the last pot over the last Trojan oil-barrel, she was barely aware of her own body. She stumbled back on sea legs to her quarters and fell on her bed."

"Frazzled with her effort, and drowsy with the drugs, she noticed with surprise the erupted blisters on her hands, palms, feet and legs and the funny angle at which her head lay on the bed."

"She tried to correct her posture, but slid out of her bed and collapsed on the floor beside it. Nightmares conquered her mind long before she eventually passed out."

Rosh paused and stared silently into the night darkness outside his son's room. His own demons came roaring back to haunt him from his past.

"And what happened to the 37 thieves, Pa?" Josh asked, unable to bear the tension his father's silence had created.

"Severe burns can cause immediate nervous shock," Hosh answered for his father. "The victim becomes pale, confused, anxious, frightened by the pain and may faint."

"But much more dangerous is the secondary shock, which comes a few hours later. Its chief features are a dramatic fall in blood pressure that leads to pallor, cold extremities, and eventual collapse."

"This secondary shock is caused by loss of fluid from the circulation. Not just the fluid lost in the destroyed tissue, but fluid that leaks from the damaged area that has lost its protective covering of skin."

Hosh looked at his father, waiting for him to say something. But Rosh just smiled back at him and said nothing.

"Burns kill not just by damaging tissue," he continued, "but by allowing this leakage of fluid and salts. If more than a fifth of the blood volume is lost from circulation, insufficient blood returns to the heart for it to maintain blood pressure."

"And the loss of salts, particularly sodium and potassium salts, not only disturbs their balance in the body, but changes the osmotic balance of the blood and body fluids."

"These robbers needed immediate transfusions of blood or plasma and something to stop infections in the wounds, but they would have lain there anesthetized and unattended, slowly leaking life."

"Did you know," Hosh continued, "that massive fluid shifts after burn treatment can also cause complications such as an organ failure. Huge quantities of IV (Intra-venous) fluids are almost always required to maintain the patient's blood pressure in severe burns, but this fluid can move into spaces in the body where it should not go, resulting in severe swelling and other serious problems. This is called 'third-spacing'."

"Severe burns can also cause Asphyxia if the patient's airway swells. In fact, Asphyxia can also be caused through chest wall tightening as the burned tissue is tough and inelastic. If burns occur to the arms or legs, this same inelastic tissue can then cause loss of limbs due to lack of blood circulation."

Rosh heard his son speaking, but his own train of thought had been broken. He moved deeper into the duvet, lying quietly on his back on the bed and staring at the ceiling. His ears caught fragments of his son's insightful explanation, "...skin is a very important part of your immune system ..."

"... problem is mainly due to fluid and electrolyte loss ... very high rate of severe infection, which can lead to a lethal septic shock ... can bleed to death internally ... toxins from necrotic skin tissue can seep into the blood stream causing acute renal failure and other complications ... massive hypovolemic shock ..."

Isha looked at Rosh and knew it was time for him to rest. But the boys weren't prepared to sleep yet. They wanted more, but he was finished. He had no more to give.

Isha finally made them retire for the night by threatening to ban story time the next evening. When the boys had finally been tucked in their beds, she guided him back to their own bed to nurse him back to sleep.

"Hosh is going to be all right," Rosh sighed. "If only Josh can come right, then I can go in peace."

He was soon asleep. She lay beside him in their bed, caressing his hair and watching his disturbed sleep. A silent tear rolled down her cheeks. And was soon lost in the fabric of his pillow.