Previous Story: The Frog Who Climbed The Eiffel Tower 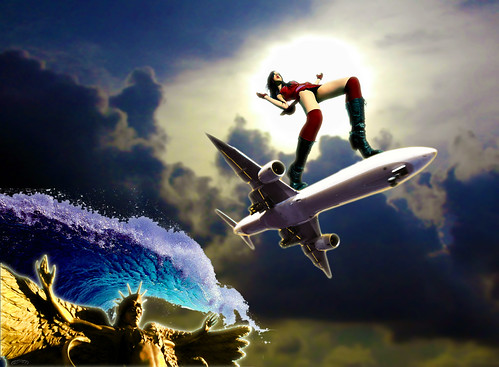 Back from his daily walk with his son, Rosh went upstairs to have a shower.

“What did you discuss today?” Hosh asked Josh, who was still loitering about.

“Nothing much,” said Josh. “I just said that science was difficult."

"Then I got a pep talk through an allegory of a frog who climbed the Eiffel Tower.”

“Sounds interesting,” said Hosh. “Tell me this parable. And don’t be disrespectful to Pa.”

After Josh had narrated the fable to his brother, Hosh sat deep in thought for a while.

Finally, he asked, “And what did Pa say the moral was?”

“That action comes from thinking,” Josh yawned. “And suggestions are powerful."

"They can affect what we think, and therefore eventually determine what we do or don’t do in life. So always be on guard, lest we allow other people’s views to subtly overwhelm our own thinking processes.”

“So you agree, that the frog won because he was deaf?” said Hosh.

“No, I don't,” replied Josh calmly. “That is what Pa was suggesting. I didn’t let his thinking processes overwhelm mine."

Hosh smiled. "And what are your thinking processes suggesting?" he asked.

"I think the frog was a dumbo," Josh replied. "Or a dare devil, trying to show off to the ladies.”

Hosh laughed. He knew that frogs were raunchy.

“The dumb shit didn't think," continued Josh, "about what would happen to him, or to his family if he fell from the Eiffel Tower and died. He tried climbing Mount Improbable."

"He should have tried something more his own size. Why bite more than what you can chew? Was all that effort worth the risk? How much risk is too much risk? Fools rush in, where angels fear to tread."

"It’s blind thinking like this, which led Pa into hot water in the first place with his own investments. He sat in there, trying to catch falling knives on some shitty old principle: Don't Quit."

"Did he run, when it was time to run?" Josh sighed. "No, he sat in there and got boiled like a frog, without knowing it."

"The whole world was telling him, don’t buy more. It’s too risky. The signs were all around him. Sharemarkets were crashing daily, crashing all over the world."

"And yet, the courage of his convictions led him to increase his portfolio. Not just double it. Not triple it. But increase it many times over. He sold all his other assets to hold onto his riskiest assets. Until the end. Like a moth flying faster to a flame.”

“And what a bitter end it turned out to be. An end in the hospital. In depression. Hard times for the whole family. Simply because you didn’t listen to what the collective wisdom was trying to tell you."

"Bravery is called foolhardiness if you don’t succeed. People laugh at it. We must be careful that courage isn't obstinacy disguised as a virtue. And we must learn to listen to others."

"If Pa could use leverage, so could his opponents. In a CFD (Contract for Difference) game, your opponent is the house. The bank. And the bank has the power to make your leverage vanish. Overnight. At a moment’s notice."

"Read Jesse Livermore's Reminiscences of a Stock Operator to know that the punter has no chance here."

“Did you tell Pa all this?” Hosh was shocked with his outburst.

“I wish I could,” he said, “or could have, when there was still time. But I didn't know myself. Now I know, but so does he, probably. Now there isn't much point in telling him anything. It is already too late, and no one can turn back the clock."

"Being contrarian is dangerous when the odds are stacked against you, and using leverage can make it fatal. CFDs devastated our world. They destroyed Pa. And us. Soundlessly. Completely."

"No, I don’t want to be courageous any more. Or deaf for that matter. I look at him and his life and I want to be scared. Scared keeps you alive and safe.”

He walked away, leaving his brother speechless.