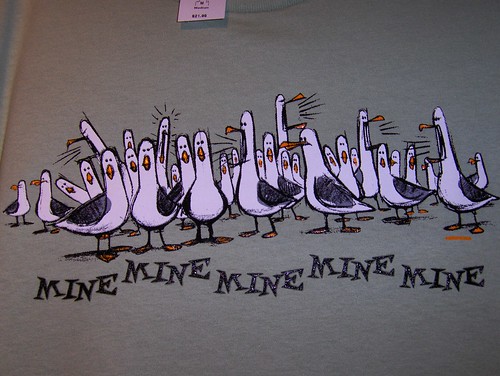 Josh had cursed himself for bringing up Rosh’s portfolio before the Global Financial Crisis, but then decided it was better to exorcise his demons sooner rather than later.

‘The sooner he’s over it, the sooner he can get on with his life,’ he’d thought.

Rid of his own demons, he confidently reported to his father, “Pa, thank you for your views on whether NZ should allow Mining on conservation land yesterday."

"I did some research and found that despite their 2010 setback, in 2013, the New Zealand government proposed allowing mining of high-value conservation land in national parks and other protected areas again."

"Eight consents were granted to Newmont Gold and Addison Mines to prospect for coal and other minerals on protected Schedule 4 land in Coromandel and Paparoa National Park.”

“Earlier, in 2012, the Government had also already proposed allowing mining exploration in marine mammal sanctuaries that protect rare dolphins, whales and seals. Other consents were granted next year – such as for coal mining at Mangatangi, and for the Waihi residential gold mine."

"Correnso was to be New Zealand's first modern mine directly below a residential area, and operate 24 hours a day, seven days a week. Newmont Waihi Gold estimated that Correnso would produce around 600,000 ounces of gold within the 12-year consent period.”

“Glencoal’s planned mine operation was also to be over 76 hectares and involve eight years of coal extraction," the Commissioners’ decision said, "After mining was finished, most of the land used for the mine was to be returned to pastoral farming and a 13 hectare lake would be formed.”

He produced some printed sheets and read from them to his father.

“Energy Minister Simon Bridges said, "I do not think there is any ambiguity in our policy. Let me say again that we have a very clear view against mining on schedule 4 land." Yet he recently granted an 18 hectare mining permit which includes three hectares of Schedule 4 land.”

“MP Catherine Delahunty told media that the permit was granted to Broken Hills Mining Company which had been operating a five hectare "hobby" mine. The company now wanted to expand to 23 hectares, approximately five of which were on Schedule 4 conservation land."

"This no longer qualifies as a hobby mine," she said, "and clearly is a business. The company sends its ore to Waihi for processing by Newmont. We don’t have issues with Broken Hills improving safety in their mine, but it is unclear why the company needs permission to access an additional three hectares of Schedule 4 land to do it. The Government should honour its promise and stop granting mining permits on Schedule 4 land."

“Environmental Defence Society chairman Gary Taylor said exploration is a precursor to mining and if there is absolute prohibition on mining the Government should not be granting prospecting consents. Mining companies would not waste their time and money looking for minerals if they could not mine for them."

"You'd only go there if you thought that there was some prospect of overturning the undertaking that the government gave in 2010," he told Radio New Zealand.

“Don’t read all your research to me,” said Rosh, “Just tell me briefly the arguments for and against mining on conservation land in our country, with a view to assessing how much extra mining, if any, should be allowed. I can then help you crystallize your own views on this.”

“In 2010, Minister Brownlee had wanted to mine this land, so the hidden treasure beneath could be utilized rather than staying buried,” replied Josh.

“He had argued that mining would help improve the living standards and infrastructure around New Zealand because of all the forex we’d earn from mining exports, the extra tax and the employment the industry would generate."

“The mining proposals reportedly related to some 200 New Zealand companies connected with gold, silver and ironsands. I didn’t know we had that many New Zealand mining companies. Our mineral resources - even excluding coal and other hydrocarbon-based minerals - was estimatedly worth just under $200 billion."

Mr. Brownlee had acknowledged that mining was an emotive issue, but wanted a rational conversation about the potential for utilizing more of the country's valuable natural resources for the greater good. You’ll remember that he also wanted his proposals viewed in context.

"7,058 hectares is just 0.2% of Schedule 4 land,” Brownlee had argued, “If that land subsequently saw mining development, only around 5% of it might actually be mined - as little as 500 hectares. Mining such a small portion of the schedule 4 land will barely make an ecological impact in the environment.”

“Also, in 2010, Ms Wilkinson had said that while the Government was proposing removing 7,058 hectares from the 4.6 million hectares in Schedule 4 under the Crown Minerals Act, it was also proposing to add a further 12,400 hectares - a net gain in protected areas of 5,342 hectares.”

Josh noticed his father’s hands were shaking again, and he seemed not to be paying attention anymore. He held Rosh’s hands in his hands again and concluded, “I haven’t finished accumulating and analyzing all the arguments against. If it’s ok with you, we can discuss these tomorrow.”

Rosh just nodded, but remained quiet. For a fleeting moment, guilt overcame Josh. But then he firmly brushed it away and silently walked his father back home.

Next Story: Should NZ Allow Mining 3