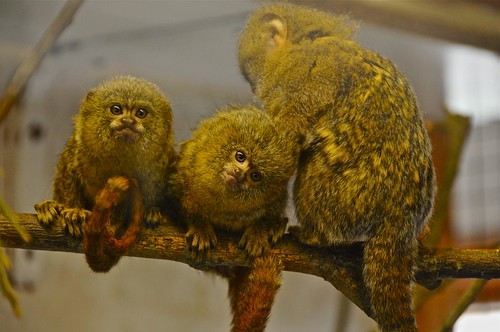 “Ma, why is the sharemarket crashing?” Josh called out to Isha as he watched the news coverage.

“You don’t want to know about that monkey business. Look what it’s done to your father,” Isha warned from the kitchen.

“Monkey business? How’s that?” Josh was suddenly alert. He left the TV going and came into the kitchen.

“Ok, I’m going to tell you a story. It’s inspired by one of those chain-forwarded emails I read some time ago,” Isha replied as she cooked, “I’ll improvise on it, as I don’t want to go and have to find the exact thing right now.”

“Once upon a time in a village,” she began, “a man appeared who announced to the villagers that he wanted to buy monkeys. He offered to pay a silver coin for each monkey.”

“This village had many monkeys so the villagers were mighty pleased with this heaven-sent trading opportunity. They caught as many monkeys as they could and sold them to this man."

"The man would put them in cages, pay cash and return week after week for more. After many monkeys had been caught and the remaining monkeys became harder to catch, the villagers stopped their effort.”

“One week, there was not a single monkey caught. Seeing this, the buyer doubled his offer. He promised to pay two silver coins for each new monkey from now on. ‘The demand for monkeys is pretty strong,’ he said. This rejuvenated the efforts of the villagers and they started catching monkeys again. Soon, there were almost no more monkeys left in the village.”

“When the buyer returned one week, he found no monkeys for sale again. He tripled his offer and promised to pay three silver coins for each new monkey from now on.

"The market for monkeys has taken off," he confided. It became talk of the town (or village, technically speaking) and a ferocious man hunt began for monkeys.”

“How can it be a manhunt, if they were hunting monkeys?” interrupted Josh.

“Don’t interrupt. Men were hunting monkeys. So it was a manhunt. Comprendo! Anyway, the villagers started hunting far and wide to catch more monkeys. Farmers became temporary trappers and neglected their farms and families.”

“But soon, there were no more monkeys left to catch anywhere and the villagers gave up searching. The hourly pay rate was working out to be pretty low and the family life was suffering.”

“When the supply of monkeys was dead again, the buyer announced that he was prepared to pay five silver coins for each new monkey. I desperately need them.”

“Why the desperation to buy monkeys?” the villagers mused. They used various stratagems to get him to reveal his secret but he wouldn’t spill the beans.

“But too drunk at his farewell party that week, he finally confessed to them, “I was wrong earlier. The monkey market is only just beginning to take off. I used to sell them to the only City Shop trading in monkeys for one coin profit apiece. But he on sold the monkeys to the cargo ships for 10 coins per monkey."

"He killed off all the local competition as the ship captains would only trade with him, he being the biggest supplier because of my efforts. I worked my butt off, travelling far and wide for these monkeys but still only made less than half of what he made.”

“So, over the years, I’ve been befriending one of the captains and I’ve been saving up. I finally have enough coins to go in business for myself with my captain friend, and he’s extended me a line of credit so I can buy big. From next week, I’ll be touring the country to buy as many monkeys for myself to export."

"But our business won’t get off the ground if I can’t deliver the volume he needs. Given the rising demand and because there aren’t as many monkeys left to catch anymore, their price will soon be 20 coins apiece. Demand and supply, you see” he wailed as he left, “Get me as many as you can next week. I’ll buy as many as you can sell. Five coins apiece!”

“The villagers were abuzz with excitement after he had gone.”

“Let us buy back as many monkeys as possible from the city shop,” said some, “Buy straightaway before others cotton on to it.”

“Yes, yes,” chimed in others, “Then export ourselves. Sell direct to foreigners.”

“Why not?,” discussion raged back and forth, “We’re onto a sure thing. We can hoard them till their prices soar even further. $10 isn’t a fair price. That’s rock bottom”

“Yes, yes. But let us be conservative”, warned the elders, “Greed is no good.”

They agreed that at the very least, there were at least a few quick coins to be made per monkey, regardless of who they had to eventually sell them to. The village savings were pooled together and the villagers collectively bought back all the monkeys for sale at the city shop.”

“When the buyer didn’t return to the village the following week, the worried villagers went back to the City Shop. Its shutters were down and nobody had seen its tenant for a whole week. City dwellers talked of how surprised they had been first at the growing collection of monkeys at the City Shop over the last few months and then at the sudden sale of almost all monkeys in one go as had happened last week. The law enforcers also seemed interested in the goings on, but they knew of no cargo ship captains buying animals. Goats yes, Bulls yes, Pigs yes, but no monkeys.”

“That is how a monkey market crashes,” concluded Isha, “The only hope you have in this system is that you end up finding a greater fool to buy stuff off you before the price implodes on itself."

"These days it’s great if you are the City Shop too, because then the Government will tax the villagers more to bail you out."

"Being the biggest employer of trappers and the greatest forex earner, you are too big to be allowed to fail.”

“But the TV says this ain’t the first market crash Ma?,” asked Josh, “Then why don’t we learn from our past.”

“Good question, son. You think about that. History shows that at least once every generation, a buyer seems to be come around to our village to monkey us around. And we never seem to learn fully from our past mistakes."

"What made the villagers collectively fall for the con? What similar monkey business do you see in the world around you?”

Next: Monkeys, Goats and Markets