Best Raindrop In The Sky

Previous: Eggs - How They Hatch? 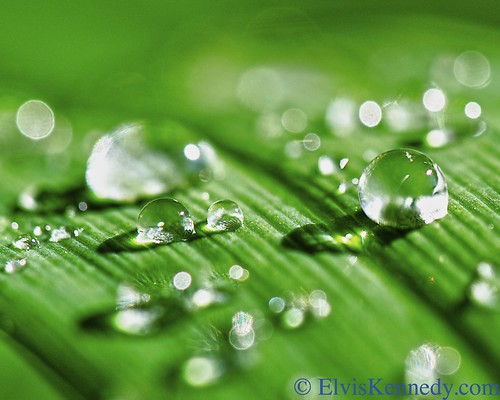 “I beat you at Sharemarket today,” Josh said proudly, “I am smarter than you.”

“You may have beaten me once,” Hosh disagreed, “but I doubt you could do it again at a repeat match. It was more luck than tactics.”

“It was not,” Josh retorted.

“It was,” Hosh was adamant, “that’s the only reason you could beat Pa too.”

“It was not,” Josh flared, “I beat him because I’m smarter than him.”

‘I don't mind if he thinks I'm a fool’, Rosh sighed and reclined back on the couch, watching them quibble like the little kids they were, ‘But I’ll have to put a stop to his talking to me as if he thinks I am one.’

“Go on then,” Hosh fired back, “Tell us how you beat us. What was your strategy?”

Josh tried to articulate how he won, but was soon lost for words. Rosh listened to their bickering with half an ear, wondering why he felt so bad at his son’s lack of reverence.

He didn’t mind losing, not to his own kids, but Josh’s animosity towards him hurt. It wasn’t the first time he had felt that his boy neither loved nor respected him. Feared him, yes, but that was all.

He certainly felt more knowledgeable than his kids but is that such a good thing either, he wondered. In the beginner’s mind there are many possibilities, in the expert’s mind there are few.”

“Your strategy is making no sense to me,” Hosh was reprimanding his brother, “It’s dumb”.

The post-game discussion had become too personal. Rosh intervened before it became worse.

“No one likes losing,” he spoke softly, “but in a game like this, someone must lose for someone else to win. Great minds are humble after a win, and graceful after a loss. They are also always compassionate.”

“It pains me to see that you have been neither today. I played with you, because I wanted to teach you both about money. Who won and who lost didn’t really matter, unless we could compare whose strategy proved to be more successful.”

“What is more important than the game itself, is to have a strategy when you go in to play. A plan. Because those who fail to plan, are planning to fail.”

“Planning for success is a habit we must develop. Whether it is in a game, an enterprise, a relationship or anything else, having the right habits makes it more likely that we’ll get better results more often.”

“Instead of discussing the strategies we used in the game today, why we used them and whether they worked well, we have been focusing instead on the result itself.”

“If we want to be great, we should learn to have habits of the great. Discussing people and their follies, like we are, is futile. In doing that, we become no more than the three raindrops.”

“Three raindrops was a story published in Fairy Tales by Terry Jones”, answered Rosh, “It goes something like this:”

“A big, fat raindrop was falling out of a cloud. As it fell, it said to another raindrop next to it: I’m the biggest - the best raindrop in the whole sky”.

“You are indeed a fine raindrop”, agreed the second, “but not nearly as beautifully shaped as I am. I think it is the shape that counts most. So I am the best raindrop in the whole sky.”

“The first raindrop wasn’t impressed with that reply. So they decided to get an impartial opinion. They asked a third raindrop that fell alongside them, who it thought was the best raindrop in the whole sky”.

“You may be a big raindrop”, the third raindrop said to the first, and “you may be better shaped”, it said to the second, “but as everybody knows, it’s purity that really counts.”

“I am purer than either of you”, it concluded, “I am therefore, the best raindrop in the whole sky”.

“Before either of the other raindrops could reply, all three hit the ground and became part of a very muddy puddle.”

“We’re humans, not raindrops”, Josh said to his brother later that night, “We’ve got nothing in common. Then why did he tell us the raindrops story?”

“Did you know that we can make the sound of raindrops?” Hosh asked him back.

“Come, I’ll show you something cool”, he beckoned, still thinking about his brother’s question. Together, they walked up to their father’s computer, and he put on a You-tube video for his brother.