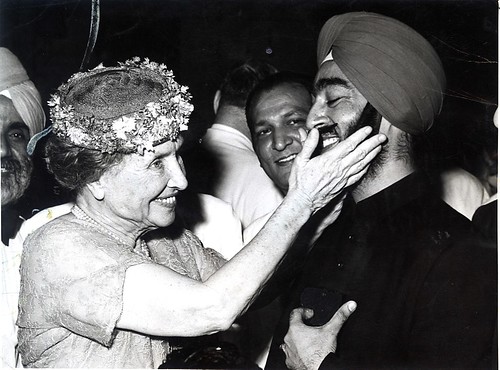 “He was reportedly so impressed with her, that he declared: The two most interesting characters of the 19th century are Napoleon and Helen Keller."

“Twain introduced her to his friend Henry H. Rogers, a Standard Oil executive. Rogers was also so impressed with Helen's talent, drive and determination that he agreed to pay for her to attend Radcliffe College.”

“At 20 years of age, Helen passed her entrance exams for Radcliffe College. She was always accompanied by Anne Sullivan, who sat by her side to interpret lectures and texts.”

“By this time, Helen had mastered several methods of communication, including touch-lip reading, Braille, speech, typing and finger-spelling.”

“With the help of Anne and Anne's future husband, John Macy, Helen published her autobiography, The Story of My Life, in which she talked about her transformation from childhood to 21-year-old college student.”

“Next year, Anne married John, an instructor at Harvard University, but continued to be Helen's guide and mentor. When Helen went to live with the Macys, initially they both gave her their undivided attention. But Helen was like a child that needed constant attention.”

“Gradually, as Anne's devotion to Helen continued unabated, she and John grew distant and later separated, although they were never divorced. Anne continued to labor by her pupil's side until her own death in 1936. Polly Thomson, who had joined them in 1914 as a secretary, now took over her role.”

“Helen went on to become a world-famous speaker and author. Her autobiography has been translated into 50 languages and remains in print to this day.”

“In 1915, she had founded the Helen Keller International (HKI) organization which researches vision, health and nutrition."

"In 1920, she helped to found the American Civil Liberties Union (ACLU).”

“Between 1946 and 1957, she undertook seven trips that took her to 35 countries on five continents. She met with world leaders such as Winston Churchill, Jawaharlal Nehru, Rabindranath Tagore and Golda Meir.”

“In 1948, three years after the United States Army Air Forces (USAAF) dropped atomic bombs on the Japanese cities of Hiroshima and Nagasaki in the Second World War, she was sent to Japan as America's first Goodwill Ambassador.”

“Her visit was a great success. Up to two million Japanese came out to see her and her appearance drew considerable attention to the plight of Japan's blind and disabled population.”

“She became a person of such stature that every U.S. President from Grover Cleveland to Lyndon B. Johnson met her. She was friends with many famous figures, like Alexander Graham Bell, the inventor of telephone, Charlie Chaplin, the comedian, and Mark Twain.”

“She died before my first birthday, but her birthday is now celebrated in the U.S. state of Pennsylvania as Helen Keller Day. The world remembers her as an advocate for people with disabilities, a suffragist, a pacifist, and a birth control supporter.”

“In 1999, she was listed in Gallup's Most Widely Admired People of the 20th century. There are streets named after her in Switzerland, Spain, France, Portugal, Israel, and the USA.”

“A suffragist is a supporter of Women's suffrage,” answered Rosh, “or woman's right to vote. In that time, women of the world did not have the right to vote or to stand for electoral office.”

“Sometimes, I think it was so with good reason.” He winked at her.

She pretended to have been affronted, then laughed and pulled his hair sharply. The kids laughed too.

“Pacifism means opposition to war or violence. It comes from the word Pacific, meaning at peace. In Hindi also, Pacific Ocean is called Prashant Mahasagar ( प्रशांत महासागर ), which means an ocean which is at peace.”

“Very good,” Rosh was pleased, “you can also understand pacifism as ahimsa or ahinsa (अहिंसा) which means to do no harm. It is a core philosophy in Buddhism, Jainism, and Hinduism religions and quite an important principle in Christianity.”

“What did a birth control supporter do?” Hosh asked. “Encourage people not to have babies?”

“These people believed that children should be conceived in love,” answered Rosh, “born of a conscious parental choice, and only when the children can inherit good health.”

“They advocated that unless these three conditions are met, every woman should have the power and freedom to prevent conception.”

“So they promoted planned parenthood through birth control clinics and contraception, primarily amongst the Black and Latino American population, and encouraged women to control their own fertility.”

Rosh looked at them, half expecting more questions. But there were none. They were all listening attentively.

“Nothing just happens in life,” he sighed and continued, “Fulfilment of all dreams comes at a price. We choose our destination. We pay our fare. We get to make our journeys.”

“To me, Helen’s story is a story of grit, of determination and of perseverance. Not just Helen’s, but also Anne’s. Helen’s achievements were as much Anne's, as they were Helen’s.”

“You should watch how Helen actually learnt to talk, and heard people speak by placing her finger tips strategically on Anne’s nose, mouth and neck, for almost half a century.”

“If someone placed their hand on my face and neck for a minute while I was speaking, I would find that a severe imposition, very uncomfortable and shackling.”

“When I think Anne allowed this to happen daily, for the whole day, for almost 50 years, I am awed by her commitment and patience, by her love and sacrifice for Helen.”

“Anne had also been seriously visually impaired for almost all of her life, but by 1935 she was completely blind in both eyes. Her eyes had suffered greatly from reading everything for Helen.”

“She lost her own sight, but before she did, she used it to bring light not just to Helen’s life, but also to those of millions of lives that Helen went on to inspire later. What a difference one good teacher can make!”

“In 1936, when she was 70, Anne succumbed to a coronary thrombosis, fell into a coma and died five days later. She died with Helen holding her hand.”

“She was cremated. Fittingly, her ashes were interred in a memorial at the National Cathedral in Washington, DC. She was the first woman to be recognized for her achievements in this way.”

“Also fittingly, when Keller died later in 1968, at the age of 87, her ashes too were placed in the Washington National Cathedral next to those of Anne’s, her teacher and lifelong companion.”

“What I find most inspiring and awesome in their uplifting stories is how they remained humble throughout their lives, bowed like fruit-laden trees, despite their heady success and miraculous achievement.”

“Helen once said: I long to accomplish a great and noble task, but it is my chief duty to accomplish humble tasks as though they were great and noble. The world is moved along, not only by the mighty shoves of its heroes, but also by the aggregate of the tiny pushes of each honest worker.”

“Her life was an ode to humble honest effort. In wanting to do the ordinary and live as an ordinary, she became extraordinary. Listen like her, so one day, the world may listen to you.”