Mule In The Well 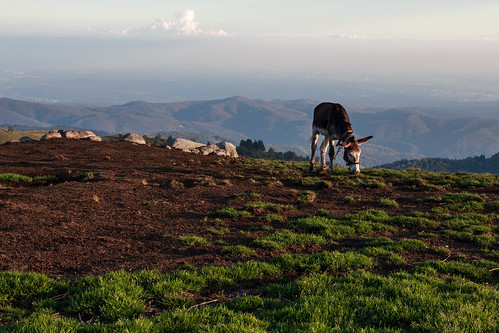 “I stood by them”, Josh sobbed, “thinking they were friends. I thought friends are forever. That we had a fellowship. I was wrong.”

“I don’t know how the suspicion fell on me. I don’t know whether there was any evidence, but I knew the blame was going to be pinned on me.”

“We had been in it together. But I was the only one who was going to take a fall. They just stood aloof, not doing anything to help or share the blame.”

“With everything else that has happened in the past, would you have believed that it wasn’t just me? No! No one would have. So I told them.”

“I told them who else was involved. And how it had happened. Then they all confessed. But then, they boycotted me. Cos no one likes a talker.”

“I had cared. With an unparalleled intensity. But I had given my trust to those who did not deserve it. So, I guess I had to pay the price.”

“There is always a price to pay for betrayal”, Rosh sighed, knowing there was no way to soften the blow, “But the first cheque you write is usually the smallest one.”

“Trust can be earnt again. Over time. You will have to earn it back. It will teach you also not to trust in others too quickly.”

“I hope though, that your life education doesn’t cost you as much as mine cost me. The school of hard knocks doesn’t usually offer cheap education.”

“But time heals all scars. Things will come right in the end if you are prepared to change yourself. For the moment, prepare to lead a life of seclusion.”

“They won’t leave me in peace”, Josh said miserably, “There’ll be hell to pay now.”

“Then pay it with grace”, Rosh said quietly, “And dignity. Start earning some respect. They’ll settle down after they have let off steam.”

“You don’t know, Pa” Josh whispered, “Shit will now be piled on me.”

“Maybe you deserve it”, Rosh flared, “Maybe you don’t. Only you can answer that. Regardless, man up. Prepare to take it.”

“Your attitude will determine what you get over the next few days, weeks, or even months. And no one said that it was going to be easy.”

“A farmer once had an old mule, who had served him well throughout his life. One day unfortunately, the mule fell in an old well on the huge farm. The mule brayed and brayed, until the farmer eventually found him.”

“If you act an ass, people will load you up. If you fall in a hole, you will have to serve time. The sooner you want to be rescued, the sooner you start braying.”

“After carefully assessing the situation, the farmer sympathized with his donkey, but decided that neither the animal nor the old well were worth saving.”

“Hearing the commotion, his neighbors came to investigate and help. They agreed with his situation analysis and decided to put the mule out of his misery.”

“Be glad, that didn’t happen to you. Your friends may have written you off, but your school hasn’t buried you yet.”

“Together, the rustics began to haul dirt into the well to close it and bury the mule. Once the well was closed, no other poor sod would fall in it.”

“The mule was hysterical! Instead of helping him get out, they were really going to bury him here. He brayed his heart out at their heartlessness.”

“The dirt and stones rained down on his back, neck and legs, and he bled as he cried his heart out. But they continued shoveling.”

“He moved frantically in the cramped hole to protect himself from certain death that pelted down on him from above. But then something happened.”

“Despite his shot nerves, his utter panic, his physical agony, he noticed that the more he stepped up on the dirt, the closer he got to the well’s mouth.”

“It suddenly dawned on him that every time a load landed on him ... he SHOULD shake it off and step up! Hope existed in stepping up, death in standing still.”

“Shake it off and step up!" he repeated, to motivate himself. Keeping his head down to protect it, he kept right on shaking the dirt off and STEPPING UP!”

“That’s what you need to do! Keep your head down. Focus on what you were sent to school to do, and do it. You will begin to rise out of your shithole.”

“No matter how much shit gets poured on you, you shake it off and step up. And I’ll tell you a secret.”

“And that’s the most important change that had needed to happen. To change what was happening to you.”

“When your perspective changes, your world changes with it. Not because the world has changed, but the way you look at it has changed.”

“When you stop crying and start doing, the world notices it too. Even enemies begin to respect you. Then help arrives. Your luck turns.”

“When the mule had stopped braying, the villagers noticed the sudden silence. One peeked in to see if the donkey was dead.”

“He wasn’t. Though battered and exhausted, he was now quietly shaking off the dirt that fell on him and stepping up.”

“The farmer cried out to the others. They looked over the wall of the well and saw him standing triumphantly on all the dirt they had poured on him.”

“What seemed like it would bury him, had actually saved him. Blessed him with life. Because of the manner in which he had handled it.”

“Now the farmers poured more dirt in the well. But this time on the sides, trying not to hurt him.”

“And continued doing so, until he finally stepped over the well wall, shivering, shaken but finally safe again.”

“That's life! The adversities that come along to bury us usually have within them the potential to save us. And help us rise out of the mire.”

“And if we focus on making improvements rather than playing blame games, on finding solutions rather than simply identifying problems, people notice it.”

“And come to help. Because their attitude towards us changes. Because they begin to respect us again.”

“God helps”, Josh murmured with a growing awareness, “those who help themselves.”