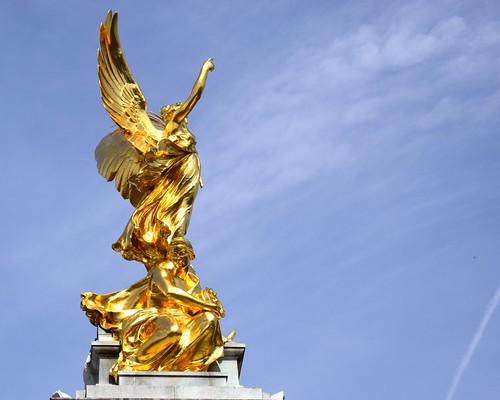 “Come back to me quickly. You can have your Kingdom of Heaven,” she impulsively spoke her thoughts aloud to him.

He winced and thought a little. Then answered with great sadness, “But I can’t go on that journey anymore. I have nothing left to pay the fare.”

The next morning had been very busy. Rosh’s CFD portfolios had been liquidated by his CFD provider. The phone never stopped ringing all morning. More margin calls on their Share Portfolios. The world markets had taken another steep dive last night.

The castle that had taken 15 years to build was falling down around them like a house of cards. Debt taken for these investments was turning into a Frankenstein monster.

She answered the emails as best she could, and phoned the banks. With his usual foresight, he had given her Enduring Power of Attorney over his accounts, so things went as smoothly as they could under the circumstances. Then she returned to the hospital with the kids to check up on Rosh again.

He was still sleeping. The doctor took Isha aside and discussed his case. “There will be trauma. And Depression. You will need to be patient with him. He will need all the love and care he can get. Try and keep him busy, anything to occupy his time, body and mind, but nothing too strenuous or exciting. The chances of a relapse or repeat incident are high. He lives, but barely,” the doctor advised before leaving.

She looked at Rosh as she sat beside him silently for a very long time.

“What will he do now Ma?” Josh asked.

“He’ll think of something,” she asserted, not feeling the same confidence that reflected in her reply to her son. She knew that further adverse financial developments of this morning will almost certainly rule out their return to a normal life. Hosh sensed it and she knew that he knew.

“Let him do his social project Ma. His focus will consume him and in so doing, he will be strong again,” Hosh suggested, answering the mental questions that tormented her.

Rosh had always yearned to do something meaningful in his life, even when he was extremely busy running their three businesses.

He had been prepared to walk away from his profession - to pursue spiritual fulfilment rather than just chase after endless acquisition of money. But money had been necessary. It always has been, it always will be.

‘Maybe it’s time,’ she thought, ‘maybe that’s the way. There will be no money, but he will be happier and have a sense of fulfilment. Isn’t that the goal of life anyway? He will achieve Jesus’ Kingdom of Heaven.’

Rosh had found it already but had walked away because he believed he could not serve the community till he was financially strong and had completed his commitments to his family. And now there was no money and the financial security of their family was hopelessly jeopardised.

He hadn’t been ready to pay the price then, but the price had been paid for him to begin his journey. He could have his field, if she allowed it. She noticed suddenly that he was awake and had been gazing at her silently.

“Come back to me quickly. You can have your Kingdom of Heaven,” she impulsively spoke her thoughts aloud to him. He winced and thought a little. Then answered with great sadness, “But I can’t go on that journey anymore. I have nothing left to pay the fare.”

Later that day, Josh asked his brother again what the brief conversation between their parents had meant. Thoughtfully, Hosh answered, “It is another parable told by Jesus, I think. That of the Hidden Treasure. It is in the New Testament, Matthew 13:44. Jesus is reported to have said that the Kingdom of Heaven was like treasure hidden in a field, which a man found and covered up. Then he happily sold all that he had to buy that field."

When Josh stared back at him blankly, Hosh explained, “We can ask mother tonight what they meant. But I can try and guess. Pa has always had a kind of dream that he do something meaningful with his life to serve humanity. Ma has always felt that he serves the community and country through what he does already."

"But Pa wanted to do something bigger, something that had no profit motive. This is what Ma offered him today if he gets well soon. A goal for him, which he thinks would be worth fighting for.”

“Doesn’t she think, we are worth fighting for?” interrupted Josh.

“We sure are. But who can say what they are going through or thinking in their current disturbed state of mind? They are fighting. For life. For things that are worth fighting for. Give them time. And love. And understanding.”

“But I already do,” Josh answered as he walked away angrily.

Next TaleTown Story: The Breaking of Bread