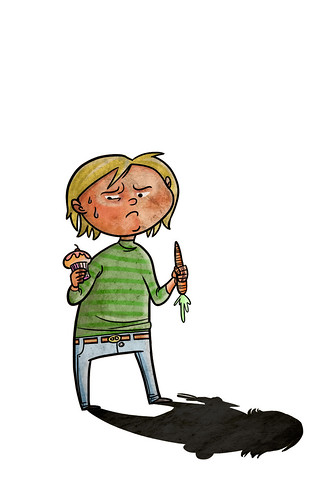 “Beer – helping people enjoy sex since about 5,000 BC - is also made of grains. All healthy stuff. Drink more, be healthier. Have sex, be even more healthier."

"Beer also helps a man show his emotions. Spill one and he'll cry.”

“Pa, I want to compete at our class Speech Competition”, said Josh, “can you help me fine-tune my speech and research?”

“Sure,” said Rosh, “What have you prepared to speak on?”

Father and son walked their usual walk and discussed the ideas Josh was going to present in his speech.

“A healthy mind lives in a healthy body,” Josh was saying, “There are many ways of keeping yourself healthy. The main thing I am going to be talking about today is food. That is eating and drinking.”

“I don’t think anybody wants to be preached any more about what they should or should not do,” said Rosh, “I hope you are not going to preach."

"And I hope you are not going to regurgitate clichés. Do you have anything new to say in your speech?”

“Pa, your idea of what is good and what is bad has been turned on its head by the latest researches. You grew up believing that eating an apple a day kept the doctor away."

"Bananas were good and chocolates were bad. Fried foods were a no-no, coffee and alcohol were bad. Times have changed a lot since then.”

“According to the U.S. Department of Agriculture (USDA) research, over 10% of an apple is sugar depending on their size and ripeness. Bananas have over 12% sugar so they are like an 8th part sugar and the rest is everything else.”

“Cherries, mangoes, grapes, figs, and pomegranates have lost their right to be called healthy, as they are sweeter than apples and bananas. In fact, for lesser sugar, I need to have chocolate M&Ms, not raisins, and Nestlé’s Milk Chocolates, not dried papaya.”

“Loren Cordain, Ph.D., and a consultant on Paleolithic Diets, gives some sugar figures from the Nutritionist V Database. For low sugar, Skittles are better than Honey and not far from dried mango, and Hershey’s Kisses are healthier than dates or dried figs.”

Rosh had stopped walking. Gaping at his son, he finally asked, “Are you for real? Is that data factual?”

“You bet!” smirked Josh and continued, “Are fried foods bad for you? No, not anymore! These days foods are fried in vegetable oil. How could having veggies be bad for you? In fact, the more it drips of vegetable oil, the healthier it should be.”

"Is chocolate bad for you? Of course not! HELLO!! Cocoa beans. Another vegetable. It is the best feel-good food around. Makes you less stressed. Great source of energy for sportspeople. If you want to look younger and feel more energetic, eat chocolate.” “Should you drink less alcohol? No! Not at all. Wine is made from grapes, another fruit. Brandy is distilled wine, which means that more water gets taken out of the fruity brew so you get even more of the intoxicating goodness.”

“Beer – helping people enjoy sex since about 5,000 BC - is also made of grains. All healthy stuff. Drink more, be healthier. Have sex, be even healthier. Beer also helps a man show his emotions. Spill one and he'll cry.”

“Drinking coke or fizzy drinks is better than drinking untreated or unfiltered water, which may contain bacteria. Even treated water in many countries, which comes to you through pipes, can contain lead - which is really harmful to your health.”

“Local councils have slowly been replacing their lead pipes, but there are still a lot around. Do you know which pipes your water is coming from? So, don’t drink water! You don’t know what might be in it. And if you must drink it, get Diet Water.”

Prefer fizzy drinks, as they taste better, give energy, and make you live longer. A few years ago, Mercedes Carnethon, a US diabetes researcher discovered that Diabetes patients of normal weight are twice as likely to die as those who are overweight or obese."

Josh was delighted to see his father shocked speechless for the first time. His delight grew as he debunked the Food Pyramid, the Food colors, the Food shapes, 5 fruits a day, and 15 minutes a day exercise.

“Don’t quit KFC,” he continued, “let it make you fat. Fat is good because not only does it keep you warm, sexy, and energetic, it cushions your bones against falls and bullies. A June 2004 MIT research proved that fat creates hormones. To look more macho, get stuck into KFC.”

“In Dec 2013, Mail Online reported UK researcher Lee Hooper, who had analyzed data from 30,000 healthy adult participants in 27 separate trials, concluding that low-fat diets may not be healthier”

“The same article also reported a study published 18 months ago in Finland linking low-fat diets to depression and even suicide. Earlier, Finland Researchers had also found that people who stay fat live longer than those who diet.”

Josh noted his father’s dismay with great satisfaction. He wanted to go on but knew that discretion is the better part of valor. ‘Must quit while I’m ahead of him,’ he thought, ‘Oh well, all good things come to an end!'

“After all,” he concluded, quoting from a funny poster he’d seen, “If walking and cycling were so good for your health, postmen would be immortal. A whale swims all day, only eats fish and drinks water, but is still fat.”

“A rabbit sprints and hops, but only lives about a dozen years. A tortoise doesn’t run, does nothing, yet lives over 20 times that. So eat, drink, and be merry! You’re going to die anyway.”

“Yeah right!” said Rosh, “The only thing left for you to prove to me now is that milk is bugged, raw fish and red meat are poisonous, and that fresh vegetables are dangerous. That a safe and sanitary future food would be a dietary protein supplement taken in a sugary syrup shake supported by colourful vitamin and fibre pills."

"Statistics can be used much like a drunk uses a lamppost. For support, not illumination. Statistically speaking, there is also a 65% chance that the love of your life will have an affair. Be very suspicious.”

'Why won't he give credit, where it is due?' thought Josh, 'I worked so hard, and all he does is blow holes.'

As father and son turned back towards home, suddenly silent and introspective, a bird on the listening post chirped to another, ‘The way they are going, their easiest way to get a healthy body might be to marry one.”