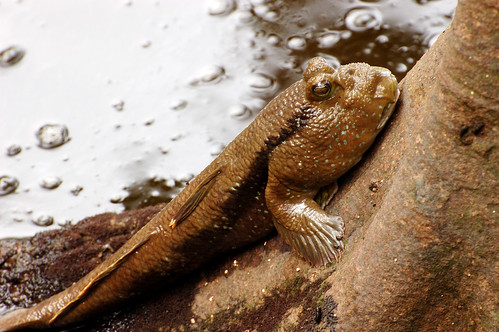 If you want kids to grow tall and strong, trust in your genes & let them be.

“If only his trajectory could correct, he’d become something,” said Rosh. “Then I could die in peace.”

“Have faith in your kid,” sighed Isha. “Josh has your genes. Trust them to lead him through. In the meantime, it’ll help your trajectory a lot, if you can stop being so overprotective of your child.”

“Not everyone can be the queen bee. We need the queen bees, but we need the worker bees too. Leave them to their destiny. He will become what he was meant to become.”

‘Maybe he was meant to be insignificant,’ Rosh thought, staring gloomily into his drink, his mood somber. ‘Maybe I have unrealistic expectations of him!’

‘Everybody is a genius, he remembered reading somewhere, but if you judge a fish by its ability to climb a tree, it will live its whole life believing that it is stupid.’

Rosh turned away from her, staring blankly outside his library window, his mood still not lifting. She came to him then, and messaged his temples.

“Ina forwarded a story on WhatsApp today,” she said. “About a couple of people who lived across from each other, their units separated by a compound.”

“It so happened, that they planted identical saplings on their sides in this compound. The younger of the two neighbors gave her saplings lots of water and manure. The elderly neighbor gave hers just a little.”

“Soon, the youngster’s saplings grew into leafy, lush green, robust plants. The elderly’s plants were normal too, but much less luxuriant than her neighbor's.”

“Then there was a storm one night. Rain beat down upon the earth with a vengeance, and the gusty winds tore at it. It was a night of terror.”

“The next morning, both neighbors emerged gingerly out of their havens to inspect the damage outside, and tend to the cleaning and repairs.”

“To the youngster’s surprise, all her plants lay uprooted, while all her neighbor's stood unharmed.”

“Amazing!” She blurted out to the elderly lady. “The fate my plants have suffered despite such good care! Yours have all survived even though they were hardly cared for.”

“The elderly woman's answer was very insightful…” Isha paused, and looked at Rosh. “A lesson worth remembering.”

He was listening attentively, his drink forgotten in his hand. She continued:

“Look young lady,” the retired woman replied. “You supplied your plants everything they needed. You were so generous, they did not have to go out in search of anything. So, their roots never went deep.”

“I supplied my plants just enough to keep them alive. For the rest, their roots had to go deep down into the bowels of the earth to fulfill their needs.”

“Just because I did not do what you did for your plants, doesn’t make me uncaring, or less caring than you. Sometimes, less is more!”

Her story finished, Isha touched him lightly on his shoulders. He sat unmoving, as if in a trance.

“The same applies to our children,” she whispered again, driving her message home. “Give them time. Let them grow roots. They will grow tall and strong.”