The Sound Of Space 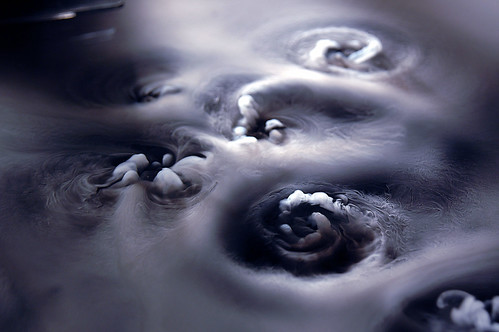 Previous Story: The Science Of Sound

"So," Hosh continued, "all sounds are vibrations traveling through matter."

"This means that the sound energy is travelling through solid, liquid or gas, as sound waves."

"The number of times sound is repeated per unit of time is called its Frequency."

"Musical sounds typically have a regular frequency, which the human ear hears as that sound's pitch."

"Can sound really travel under water?" asked Josh, "and through the ground?"

"Yea," answered Hosh. "Sound can travel through both. In fact, it moves four times faster through water than it does through the air."

"It can travel such long distances in water, that whales can hear each other even when they are nearly a hundred miles apart in the water."

"Pa used to tell me, that when he was a kid, he used to hear a train arriving miles before he could see it, just by pressing his ear to the rail track."

"Anyway, Svar, Dhwani, Naad and Shabd in Sanskrit have all been translated as 'sound' in English. I don't know the subtle difference between these Sanskrit terms, but ancient Indians did differentiate between Aahat and Anaahat sounds. That is, between the struck and unstruck sounds."

"I've already told you that all Aahat sound is created by friction between two things. Such sounds can be called Aahat Naad, because Aahat means 'to strike' in Sanskrit."

"When we speak, it is articulated sound, as it comes from the vibrations of our vocal chords, which strike against each other as well as vibrate the air between them to produce sound."

"The human voice produces sounds that are mostly in the 250–4,000 Hz range, which likely explains why people's ears are also the most attuned to this range."

"There are other subtle sounds that can be classed as Aahat, though we are not consciously aware of them or might not normally categorize them as such."

"For example, some subtle sounds are produced by friction inside our body. Cover your ears tightly with your palms. You will be able to make out the sound of the flow of blood in your arteries. It sounds like a generator humming softly."

"By definition, no friction is involved in the production of Anaahat Naad. So I am puzzled, when some call it the sound of the Cosmos."

"Is there sound in the Cosmos?" asked Josh excitedly. "So, can sound travel through Vacuum too?"

"NASA says there is sound in the Cosmos," answered Hosh. "But you know that sound cannot travel through vacuum. And Space is mostly vacuum. So, the question is, how can NASA be right?"

"Remember, Sound is a pressure wave. So long as you have some kind of gaseous medium, you will have the possibility of forming pressure waves in it, by 'shocking' the medium in some way."

"In space, the interplanetary medium is a very dilute gas at a density of about 10 atoms per cubic centimeter. That's low! The speed of sound in this medium is about 300 kilometers per second."

"Is that the speed of sound on Earth too?" asked Josh. "That fast?"

"No," said Hosh. "On Earth, sound travels a thousand times slower. On Earth, it travels through air at 340 meters per second, even though Earth's atmosphere has a lot more atoms per cubic centimeter than space."

"I don't get it," said Josh. "If sound travels faster in denser mediums on Earth, then it should travel faster on Earth, because Earth is denser than Space."

"Ya," agreed Hosh. "That would be more logical, isn't it. But there are a lot of things I don't know about Space. For example, since Space is mostly vacuum, sound shouldn't even be travelling in it in the first place."

"The atoms in space are so far apart, that the sound energy should dissipate even before the vibration from one atom reaches the next distant atom present in space."

"That's why there used to be a saying: No one can hear you scream in space! But recently, something very exciting happened with Voyager 1, the spacecraft farthest from Earth."

"Voyager 1 was a space probe launched by NASA to study the outer Solar System, when Pa was about 10 years old. In 2012, 35 years after its launch, it finally crossed the heliosphere."

"The heliosphere is a vast region of space surrounding our Sun. A sort of magnetic bubble extending well beyond the orbit of Pluto. It is our sun's magnetic field, inflated to enormous proportions by Plasma 'blown' out from the Sun, which is also known as the solar wind."

"Inside this heliosphere is 'our home'. Outside it, lies interstellar space, the realm of the stars."

"Till recently, human ears had never heard the sound of cosmos, although we could technologically detect pressure changes in space and play them back for our ears to hear, by electronically compressing them."

"At a press conference in November 2013, Don Gurnett, Professor of Physics at the University of Iowa and the principal investigator for the Plasma Wave Science instrument on Voyager 1, played some plasma wave data for his audience."

"Strictly speaking, the plasma wave instrument does not detect sound. Instead, it senses waves of electrons in the ionized gas, or 'Plasma', that Voyager 1 travels through. No human ear could hear these plasma waves directly."

"Nevertheless, because they occur at audio frequencies, between a few hundred and a few thousand hertz, we can finally play this raw data through a loudspeaker and listen. So, sound does exist in Cosmos."

"Do you want to hear the sound of Space?" Hosh asked his brother.

Hosh searched it up on YouTube, and played it for him. Both brothers were silent for a long time, absorbing the spatial sounds and pondering on the significance of those galactic calls.

Next Story: The Sound Of Silence