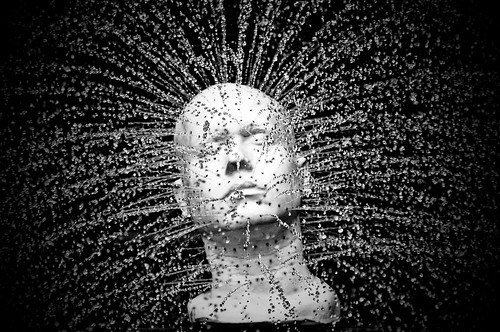 The night was dark. The shriveled moon paled in its efforts to bring light to the earth. Rosh lay awake late that night, thinking.

Isha sensed his restlessness, and turned around to face him.

She touched his face lovingly, and with her finger gently traced his facial contours down to his neck.

"What bothers you so?" she asked.

"Morality is a not an innate trait which humans are born with. It is a social construct imposed and enforced by society so we can all live in peace with each other. It is the parent's duty to teach it to their child."

"But you already do," protested Isha, "you already teach them everything."

"I didn't today," Rosh answered, "I failed. I yielded to your judgment, as it seemed so reasonable. But I suspect, we have both erred today."

"We cannot teach our kids to watch their minds, when we are unable to watch ours. We have to be like Geshe Ben Gungyal."

"Who was he?" she asked. She loved the stories he told, just like her kids.

"He was a 12th century Tibetan Zen master", answered her husband, "It is said that he neither recited prayers nor meditated in traditional ways. All he did was to observe his mind very carefully. Whenever he noticed his mind becoming agitated, he became especially vigilant."

"For example, if he felt self-cherishing was about to arise, he would immediately recall its disadvantages, and focus on Universal Love, the opposite of self-centredness. He became renowned for his novel ways of nipping such persuasive feelings in the bud."

"As a youngster, Geshe Ben Gungyal had a reputation for being wild and unruly, but by watching his mind closely all the time and judging it with complete honesty, he gradually got better. Several stories from his life can be found in Patrul Rinpoche's book Words of My Perfect Teacher."

"Tell me more about him", she asked, as she adjusted her pillow and settled back more comfortably on the bed.

"As was customary at the time", Rosh began, "Buddhist monks, or Bhikkus, begged door to door for alms, when they were not engaged in their spiritual development activities. The people were poor and the takings were minimal at the best of the times. But recent times had been leaner."

"Geshe Ben hadn't eaten for days. A householder invited him inside to be fed, as he roamed the streets on this particular day. He was seated respectfully in a room and the host went off to the kitchen to prepare food for him. The room was bare except for a jar of food on the shelf beside where he sat."

"Time passed slowly and the expectation that he was finally going to eat made his stomach growl with eager anguish. Geshe Ben was so hungry that he found it difficult to wait. His eyes kept returning to the jar of food within his reach."

"Obviously, he couldn't just take food from the jar himself, without it first being offered to him by his host. But the host was nowhere to be seen. He was alone in the room. Yearning for food was beginning to cloud his mind. His mouth watered, yet his throat hurt from empty swallows. His fingers trembled, intestines grumbled."

"Seconds turned into minutes, minutes into hour. The waiting was made worse by the delicious smell of food cooking in the kitchen that wafted into his nostrils."

"To his complete shock, he found himself stealing food from the jar. Geshe Ben suddenly burst out into loud cries of "Thief! Thief! I've caught you red-handed."

"His hosts rushed into the room, to find him berating himself and threatening his hand with being cut off, if it ever behaved like that again."

His point made, Rosh said no more. Sleep came quickly to him. Isha lay awake, pondering late into the night. She was blissfully oblivious of Rosh's usually annoying loud snores as images of Buddhist monks flashed on the canvas inside her closed eyelids.

Next Story: Taming The Mind