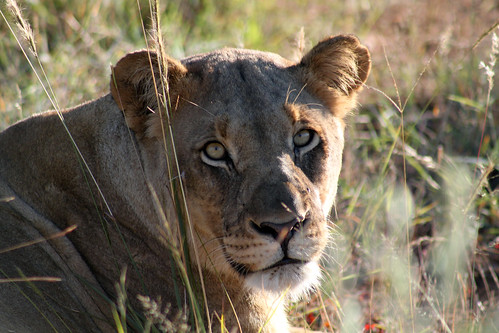 Previous Story: Lion And The Mouse

“So,” clarified Hosh, “the moral of Aesop’s 'Lion and the Mouse' story was to make friends, however weak or strong they may be.”

“Friends can be very useful, even when they are very small. Even the tiny mouse was able to help the mighty lion by saving his life!"

“For sure,” agreed Rosh. "The smallest creature can help the mightiest creature at some point. But it also shows that it is pointless to ridicule people for being small and weak, poor and useless.”

“Size and resourcefulness are not always as effective, as one expects them to be. The lion’s weren’t, when he got trapped.”

“The mouse was very brave, Pa,” Hosh commented. “But why did he run away?”

“Because he wasn’t stupid,” replied Rosh. “He was grateful that the lion had spared his life. So, he came back to help him and repaid his debt. But friendship lasts among equals.”

“Let us assume, that the story had continued without the mouse running away. Let us assume that the lion, feeling grateful to the mouse for freeing him, became his friend.”

“Would their relationship have lasted? Not very likely, as the mouse is part of the lion’s food chain. How can prey and predator live together as friends?”

“Even if they are able to, what about the others around them. Lions live in a pride. With other lions. Mice are social creatures too. They live with mice.”

“Mice around lions is no danger to lions, but lions around mice means mortal danger to mice. They could get eaten by the other lions in the pride, or even just trampled over by the big cats.”

“So, wanting to repay one's debt might be a virtue, but exposing yourself to constant danger is stupidity. It would have been lack of judgment by the mouse, had he stayed back.”

“Lions understand love and gratitude, but for the mouse to aspire to live together with a lion would be presumptuous. Such foolish ambitions are doomed to end in grief.”

“Over 500 years ago, the Italian writer Laurentius Abstemius wrote a sequel to this fable in his 'Hecatomythium'. In his version, the lion after being set free, promises the mouse any reward it wants.”

"He could be the next king of the jungle, the mouse thinks, if he were to marry the lion’s daughter. So, he asks her hand in marriage.”

“Now, lions are proud creatures. Their word is their bond. So, the lion finds it impossible to deny his benefactor. Against his better judgement, he honors his promise and marries his daughter to the mouse.”

“However, the new bride fails to spot where her tiny husband is one day, and steps on him accidentally. He chokes instantaneously under her weight. He is dead before he knows it.”

“Isn’t it too early to be teaching him,” Isha asked from the doorway behind them, "that marriage and other alliances don’t last, if they are contracted between unequal parties. And that they are not to be approved.”

Rosh looked back at the doorway in surprise. He hadn’t heard her approach. She was standing quietly by the door, but obviously, she hadn’t been there long enough.

“I’m teaching him no such thing,” he smiled back at her, “although he may have grasped, that efforts to rise above one's station in life through marriage, don’t always produce happy endings.”

“Then what were you teaching him?” she probed.

“That while Aesop's fable taught us that no one should be looked down upon, however low they may be on the social scale,” he said, winking at her, “Abstemius' tale teaches us always to be on guard when we are around our wives.”

Isha stared at him wickedly.

“Father Wilhelm Tuerlings,” he teased her more, “always cautioned me about marriage. You start with nothing, he used to say, and you end up with nothing.”

“Ever wondered,” she asked him sweetly, “where you might end up, the way you are going?”

Hosh smiled to himself. He liked it when his parents were in such a mood.