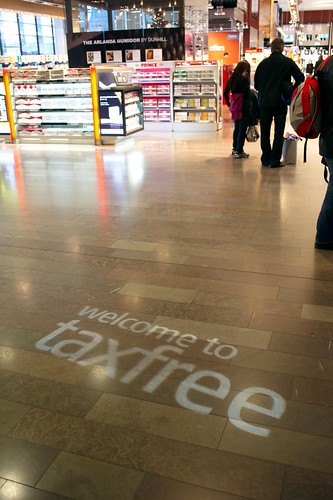 “Today is our Tax Freedom Day,” said Rosh. “The day in this calendar year from when we get to keep what we earn for the rest of this year!”

“Ya, you’re in the age when you’d only hear of Friendship Day and Valentine’s Day,” Rosh mocked.

“Funny," said Rosh. "I haven’t heard of the last one you said. You might as well have also added the Day After the Day After New Year’s Day.”

“Aw Pa, that’s not a public holiday," Hosh smiled. "But what’s Tax Freedom Day anyway? Can’t be a public holiday, as I haven’t heard of it before. Is it just a New Zealand thing, or is it an internationally recognized day?”

“The concept of Tax Freedom Day," said Rosh, "was reportedly developed in 1948 by US businessman Dallas Hostetler. Tax Freedom day is now an internationally calculated day in many countries.”

“It is the first day in any calendar year when a nation as a whole has earned enough money to pay for all of its taxes for that calendar year. Put another way, the average taxpayer works until this day each year just to pay off that year's tax bill.”

“So it is the day starting from January 1 in any year, when the average citizen stops working for their Government and starts earning for themselves. Because it is a calculated day, it falls on different days in different countries. Also for the same reason for any one country, this day can fall on different dates in different years.”

“So it is another way of looking at and making sense of tax data. Roughly, if the total tax in a country is say 34%, or over a third of their income, its citizens effectively spend over a third of every year working for their government. That is just over a 124 days. So Tax Freedom Day in that country would be the 125th day in that calendar year.”

“Local government taxes should be included with central government taxes when calculating this measure, as they are in the OECD. If we did that in New Zealand, 2011 Kiwi Tax Freedom Day would have fallen on June 10, one day earlier than in 2010.”

“Compare this with Korea (13 April), Switzerland (2 May), Australia (7 May), and United States (May 31). Tax Freedom Day for the OECD was June 9, a day earlier than in New Zealand, meaning we were paying more tax than OECD, despite OECD being in deeper shit after the Global Financial Crisis (GFC).”

“Interestingly, the NZ 2025 Taskforce had also said that closing New Zealand’s income gap and reversing decades of our relative decline could not be done if government spent over 40% of our GDP. NZ spending was projected to be around 44% of GDP in 2011, last I looked.”

“Kiwi Tax Freedom Day was calculated in the past by NZ accounting firm Staples Rodway, but it has perhaps discontinued that practise now. In the past, I used to ask my business students to visit their site, to anonymously find out their own personal Tax Freedom Day.”

“Staples Rodway, like OECD countries, calculated it by dividing total national and local government tax income (the nation's tax bill) by GDP less depreciation (the nation's income) and then multiplying this by 365. Taxes included direct taxes such as income and company tax; local authority rates; and indirect taxes such as GST, taxes on alcohol, petrol, smoking and gambling.”

“I’m lost now Pa,” said Hosh. “What does all this mean to me, the citizen uninitiated in the ways of high finance.”

Rosh laughed and got out a few old papers from his office files. Using these, he explained the numbers.

“Look at this old news report. Staples Rodway calculated 2008 Kiwi Tax Freedom Day on May 21. Also, according to their calculations, 2008 Tax Freedom Day for UK was on June 4, and for USA on April 24. New Zealand's date was also nine days after the Australians - a gap which widened to more than three weeks during 2004-2007. What does it mean to you now?” he asked.

“That in 2008, we worked for our Government nine days more than the Aussies did for theirs, although we’ve narrowed that gap since 2004-2007. But the rich Americans are getting richer as they get to keep a lot more of their money than us Kiwis. The Brits are facing an even more taxing situation than us.”

“Correct,” said Rosh, “Now let’s look at another old news clipping just to make sure we understand fully. According to the Staples Rodway gauge, Kiwi Tax Freedom Day in 2004 was on May 26th. This means that for first 147 days of 2004, every cent earned by the average Kiwi went to pay income and company tax, local authority rates, and indirect taxes such as GST and taxes on petrol, alcohol, smoking and gambling.”

“So, if you also bet, smoked, drove a car and enjoyed a glass of wine, you contributed a lot more to the public purse. For example, tobacco tax on each cigarette was 24 cents. If a person smoked a daily pack of 30s, they gave $7.20 a day or $2,628 a year to the Government.”

“This did not include GST, which would have added a further $548 to the smoking habit. Running a car also boosts the Government's coffers. Spending $40 a week on petrol netted them $740 a year in excise tax. Adding vehicle registration costs plus GST makes the yearly bill $1,230.”

“But it’s not as simple as I’ve made it sound. Besides the complex calculations which were compounded by subsequent Government data revisions, other analytical problems exist. Like the biggest contributor to the improvement in GDP growth could have been an increase in inflation, not real activity.”

“Critics like Bob Adelmann, a graduate of Cornell University USA and a former investment advisor, also argue that the calculations are almost inherently flawed and misleading.”

“Then why do you use it Pa,” asked Hosh, “if you can’t trust what you are reading in the tea leaves? If apples aren’t being compared with apples?”

Rosh laughed and replied, “It’s not useless. The concept is sound. And it’s better for making international business and investment decisions than comparing just income tax or corporate tax rates in different countries. Like the Big Mac Index, it is a free and freely available powerful tool.”

“Despite calculation difficulties and interpretational differences, it still helps me roughly understand my tax burden today, calculate the effective tax rate and where historical records are kept, like they have been for USA, the way my tax burden in any country has historically changed over the years.”

“Also, by comparing the benefits received by citizens with the amount they paid in taxes, the value of paying taxes in different countries can also be roughly assessed, as long as calculation methodologies can be consistently applied in countries being compared.”

“Again, for example, a 2010 study published in L'Anglophone showed that Tax Freedom Day for Cyprus workers in the European Union was just 72 days (tax burden 19.4%) versus 218 days for Hungarian workers (tax burden 59.4%).”

“If I gave you that secret information, would it affect your decision making about living, working or investing in these countries?”

“You bet Pa. I wouldn’t be migrating to Hungary in a hurry. Or investing there.”

“That would make economic sense, wouldn’t it, if Hungary and Cyprus Governments offered similar value-added services to their citizens. You must remember that Tax Freedom Day cannot assess the quality of Government spending.”

“New Zealand, for example, currently has a broader range of publicly funded social and welfare services than the US. So even though US has an earlier Tax Freedom Day, it might not be the best country to go to and live in, for you. Can you think of who it might not be in the best interests of to emigrate there?”

Father and son talked until the rest of the family arrived back from their shopping spree. Then Josh took Hosh away to ride bikes with him. In the privacy that ensued, Isha proudly showed Rosh what she had bought.

‘The financial guru would later discover,’ she thought as she smiled sweetly at him, ‘that their joint credit card limit for this month has been incinerated!’

Next: A Cup Too Full