What Do We Work For? 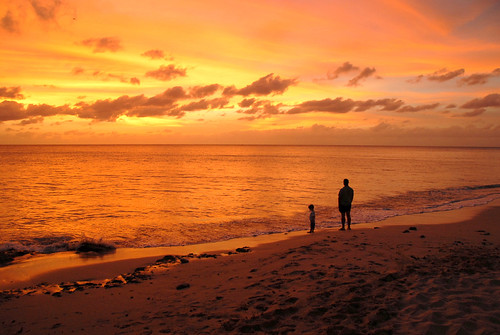 ‘What do we work for?’ Rosh reflects, when his son tries to buy an hour of his time.

For money, or for the ability to spend our time & money with our loved ones...

Rosh felt grumpy these days, and returned home late from work. He was on call, and there was talk of recession everywhere.

People were losing their jobs, home and happiness and he was worried about his big mortgage.

The strain was beginning to show on him, and in his family and work relationships.

“And who will pay the mortgage?” he would answer, almost reflexively. “I’ve got to take the work while it’s there.”

Dinner table chat was grim, if and when it did happen. Rosh just ate his dinners lost in his own thoughts, and barely noticed his food or family around him. Isha was worried, but she understood his anxiety.

Today was no different, so Rosh was shocked out of his reverie when Hosh suddenly asked, “Pa, how much do you make an hour?"

"$10," answered Rosh unhappily, a little surprised at the question.

"Oh!" the little boy replied. His big black eyes looked contemplatively at his father, as he mulled over his answer.

Rosh had a beggar’s choice in the matter. He did whatever he needed to do, to put food on his table. He also ran a tight ship. Isha was a thrifty manager too, making do with whatever they had. Paying bills came first for them, even though not much was left for anything else after.

So, money talks these days reminded him of his plight. He hated talking about it, because there wasn't anything more he could do to remedy his affairs. But Hosh had meant him no slight, he knew.

No one spoke at the table again until dinner was almost done.

“Why did you ask?" he finally asked his son.

"Is that why you asked?" Rosh flared up. "To get some silly little toy or lolly? Go to your room. Off to bed. I work too hard, to waste money on such nonsense."

Quietly, the boy got up from his chair, walked out to his room and shut his door. Rosh too, eventually calmed down. He loved his son dearly.

‘Maybe, there is something he really wants,’ he thought. ‘He has never really asked me for money before!’

Rosh walked up to his son’s room, and slowly opened his door.

"Are you asleep, son?" he whispered in the darkness.

Rosh came in, and sat down on the bed beside his son.

Hosh shot up straight, and hugged his father tightly.

"Oh, thank you, Pa!" he beaming brightly in the darkness, crumbling the note in his tiny palm.

Then, reaching under his pillow, he pulled out some change.

Seeing that Hosh already had some money, Rosh felt his temper rising again.

"Why did you want more money, if you already had some?" he asked grumpily.

"Because it wasn't enough," Hosh replied. "Here’s $10, Pa. You can now come home an hour early tomorrow. It’s your birthday.”

Rosh tossed and turned in bed that night, thinking of how his son must have saved and skimped, to collect his ransom. What he must have sacrificed.

‘Time slips through my fingers like sand,’ he thought. ‘I’m missing all the beautiful colors of rainbow, looking for a pot of gold.’

‘What have I achieved, if I can’t spend $10 worth of my time with those dearest to my heart? When things are gone, one can buy new things. When people are gone, they are gone forever. If I die tomorrow, my boss would replace me easily. But my family will feel my loss for the rest of their lives.'

He thought of Barbara Johnson’s words, ‘To be in your children’s memories tomorrow, you have to be in their lives today.’

He rued, that focused on reaching, he had forgotten that half the fun was in getting there. Together!

‘Whom do I work for?’ he reflected. ‘For those who pay me money, or those with whom I’d rather spend the money.’

Late that night, he finally resolved, ‘I must pay the price for what I really want. After all, there are no free lunches in life.’

Sleep came easily to his troubled mind that night.