Bedsheet For The Soul 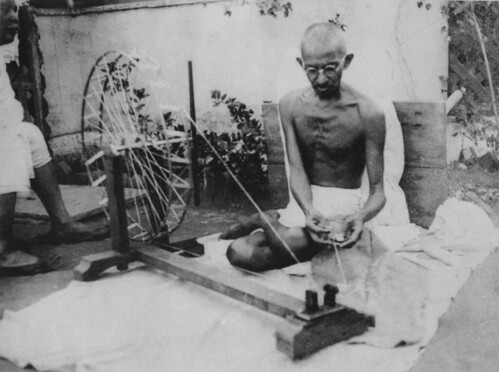 Insightful Story: Bedsheet For The Soul

Rosh explains the lyrics of Kabir’s iconic poem 'Jhini Chadaria', in which he calls the human body a finely woven tapestry

Previous Story: A Land Too Far

Isha was reading out to Rosh, the various posts forwarded by family members in the WhatsApp Family Group.

"Someone asked me," she read from a shared post. "What did you do throughout your life? My answer, I deceived no one."

"Oh, wow!” Rosh exclaimed. "It reminds me of a statement made by Mannu Bhaiya."

"When I had last visited India to record the voices and life experiences of family members, I had asked him in an interview: Tell me about the awards you got in life, about the milestones in your life.”

"Do you know what he said? No awards Sonny. Had a job all my life. The achievement is that there was never any allegation, or accusation, made against me. My service was untainted.”

“I have only ever heard a statement like that from Kabir before. Sur Nar Muni Chadariya Odhi, Odh Ke Maili Keeni ... Das Kabir Jatan Se Odhi, Jyon Ki Tyon Dhar Deeni ... I wish I could say that about my life too."

"I am not the only fan of Kabir’s way of life, others are too. A poet has said somewhere: Daaman ke daag dekhkar, hum sochte rahe. Kaise sambhaale rakhi thi, chaadar Kabir ne (translated: Looking at the blemishes on my lappet, I wondered, how Kabir had kept his tapestry blemish less).”

"Anoop Jalota has beautifully sung Kabir's 'Jhini Chadaria' in many classical ragas. It was in his rendition that I heard a clue to how Kabir may have achieved this feat of keeping his Chaadar (bedsheet) unsoiled:”

Kabira, jab hum paida huey, jug haansa hum roye. Aisi karni kar chalo, hum haansen jug roye
(translated: Kabira, the world clapped as we wept, when we were born. Let us depart having done such deeds, that we go laughing while the world laments our departure)

"Calling this body a bedsheet for the soul, Kabir sings that this tapestry is very finely woven. And the weaver wove it pure, untainted by the virtues and vices one imbibes from this world."

"How was it constructed? What is it made up of? What were the tools? Which was the weaving thread?"

"And he answers his questions himself by saying that it was brought to life by the life-giving nadis - Ida (left), Pingala (right) and Sushumna (between Engala-Pingala)."

"Where are these nadis?" Isha asked. "Are they really somewhere in the human body, or are they mere conceptualizations?"

"A nadi (pulse?) is not an artery or vein," laughed Rosh. "Nadis are energy pathways or channels in the body through which life (pran, vital energy) is said to flow. Kind of like an irrigation system.”

“According to Yogis, there are 72,000 nadis in the body, but these have no physical form. So, you will not physically see our energy system if you cut the body. But as you become more aware of yourself, you will find that the flow of energy inside the body is not irregular. It traverses fixed paths."

“Gurumaa says that all functions: psychological, muscular, skeletal, anatomical - are controlled by Ida, Pingla & Sushumna, because most of these other nadis connect to these like tributaries.”

“Sushamna is considered the most important, through which energy rises through our spine, beginning from the coccyx region all the way up to the head - Medulla Oblongata.”

“Reportedly, there are 7 energy centres in the spinal cord, vertex of energies, called Chakras, which are visualized or symbolized as lotuses.”

“Kabir says these 8 lotuses are collectively moving as a Charkha, which is spinning out yarns of three qualities from the Poonis of five elements.”

“I get the Charkha,” said Isha. “The hand-cranked spinning wheel, made of wood, first used in India almost 3,000 years ago, with which yarns like wool, cotton or silk are woven. But I didn’t get the rest.”

“Guna means different things in different contexts,” Rosh explained. “In the context of our bodies, our nature, there are three gunas, meaning qualities, attributes or properties, which are said to have always been present, and continue to be present in all things and beings in our world.”

“Further, everything in nature is made up of five basic elements: Earth, water, fire, air, and ether. Since we are a part of nature, our body is constituted with the same five elements.”

“Punis are the ready-to-spin companion fibers for the Charkha. So, they could be pre-spun fibres from the cotton plant, the silkworm, the wooly hair, or as Kabeer has visualized it – the five elements – from which the threads of life will be spun out – to weave the different colored (by gunas) tapestries.”

“Our insightful weaver poet wove this imagery in his poem over 600 years ago. It has since captured the imagination of millions of seekers across the world, moved billions of listeners over several generations, making it one of the most iconic and widely recognized songs of Kabir today.”

“Imagine it on the lips of countless folk singers and Kabir fans throughout North India, and not just in the voices of Anoop Jalota, Manna Dey, Kumar Gandharv, Pt. Jasraj, S.S.Ratnu or Prahlad Singh Tipaniya.”

“Indeed,” Isha nodded. “But if there are 7 Chakras in our body, why does Kabir talk about 8 lotuses?”