How To Handle Durvasas? 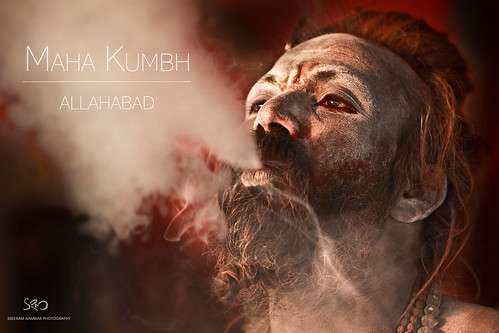 How to handle Durvasas? How to deal with people you don’t like?

Why did Rishi Durvaasa curse Indra? Insightful story on sage Durvasa of the Hindu mythology

“But why did Rishi Durvaasa curse Indra?” asked Josh.

“Well,” said Rosh. “The proud Indr was riding around on his elephant, when he came across the wandering sage Durvaasa. Durvasa, as you already know now, was famous for being short-tempered.”

“So, when Indra saw the sage, he was overly nice with him, and the happy sage offered him his garland. Some stories say that this was a special garland given to Durvasa by Lord Shiv. Other tales say that it was just a heavenly wreath of flowers he had received from Vidyadhari (nymph of the air).”

“Indra accepted the garland, but instead of wearing it, placed it on the trunk of his elephant. Irritated, maybe by the garland’s fragrance, the elephant threw it on the ground and trampled it.”

“Such disrespect towards his gift instantly angered the sage. Durvasa cursed Indr that he would be cast down from his position of dominion over the three worlds, just like his garland had been cast down.”

“There is an old saying: Pride goeth before a fall. People who are too arrogant, fail. Regardless of whether curses have any potency or not, if you keep offending others, the ill-will against you grows. Eventually it gains critical mass when you’ve offended enough people, and then comes big trouble.”

“Devtas began to lose more and more battles against the danavs, or asurs, and eventually lost their strength, position and fortune.”

“Why hadn’t Indr just worn the garland then?” Josh asked.

“Do you always do, what you know, is expected of you?” Rosh asked in reply. “You don’t! And that can enrage others, or your elders. We don’t always think of the consequences of our actions when we act, do we? We should, but often, we don’t.”

“Almost all cultures teach us to respect our elders. Even if you believe that Indr didn’t do anything disrespectful here by not wearing the gifted garland straightaway, remember that people are hurt not just by actual physical and verbal assaults, but also by perceived insults.”

“So, you are implying that Indra couldn’t really foresee the consequences of his own actions?” Isha chipped in. “The demi-gods were like ordinary folk then, lacking any foresight!”

“Maybe it wasn’t just the garland,” Rosh tried to rationalize the Hindu mythological story. “Durvaasa is a composite Sanskrit word, made up of Dur, meaning bad, and Vaasa, which has been variously interpreted to mean abode, or to be vested with, or fragrance.”

“So, Durvasa may signify someone who is difficult to live with, is ill-willed or is foul smelling. Ancient Hindus believed in Yatha naam, tatha gun. A Sanskrit phrase, meaning names mirror qualities and temperament of the named. Or, that the named inherits the qualities of the name.”

“Maybe Durvaasa’s parents, Sage Atri and Anusuya, named him so because they knew he would have an irascible nature, or carry a kind of universal grudge, malice towards one and all. Such people can be hard to please, hard to escape and harder to live with.”

“Most ancient names were meaningful. A dark boy was named Krishn, because Krishn literally means dark, in Sanskrit. Or people would call Krishn Gopal, meaning cowherd, because that is what Krishna did as a boy. So, names could be based on what people did, or the qualities they exhibited.”

“Later Hindus also named their children Raam and Sita etc. in the hope that they would grow to become like Raam and Sita of Dwapar Yug. The idea behind this was that association with the vibes produced by sounds of a particular name would positively aid the development of that personality.”

“But the most common newborn naming system used by Hindus since Vedic times has been Phalit Jyotish, or predictive astrology. It uses an elaborate mathematical system to create a horoscope taking into account the time and place of birth as well as planetary patterns at the time of birth.”

“Which system was followed in naming us?” asked Hosh.

“You are both mongrels, like me,” Rosh laughed. “We were named by our elders, not by the Hindu pundits, although the starting letter of our names was actually calculated by a Pandit based on Falit Jyotish, using the actual time of our birth and the latitude and longitude of the places of our birth.”

“Falit survived for centuries, because Hindus believed it gave valuable clues to understanding one’s life’s journey. Just like what happens in USA affects life in New Zealand, man’s life is also affected by cosmic influences. Jyotish calculates that influence to help us chart our lives and actions.”

“I don’t know much about Jyotish, Nakshatr (stars) or about the Hindu naming system itself, but I do believe that sounds are powerful influencers in our lives. So, names can affect lives and that is why I changed your mother’s name after our marriage. But more on all that another time.”

“Names in old Hindu stories were generally pregnant with meaning, and usually reflected character or some salient feature of a person. People were also lampooned with corrupted versions of their names, like Suyodhan being famously called and remembered as Duryodhan to this date.”

“I doubt Durvasa was ever a corrupted version of Suvaasa, (Sanskrit word, meaning good-willed or nice-smelling), not only because he was so learned, but also because he was such a fiery, fickle tempered personality, feared by men and demi-gods alike.”

“So, if Durvaasa wasn’t thus named by his parents, nor ridiculed by others via a corrupted name, and yet the name was meaningful in his case, he may have been a really bad smelling guy, in which case neither Indr nor the elephant can really be blamed for not wanting to wear a garland, divinely blessed or not, which he had just taken off his person.”

“Indr was careless with such an explosive personality as Durvasa. He paid the price of his carelessness, regardless of whether you believe that he and Devtas lost their glory as a direct consequence of Durvasa’s curse, or whether his curse was merely a vindication of Vinash kale, viprit buddhi (famous Sanskrit proverb, meaning one loses discretion when one’s destruction is nigh).”

“Someday I will tell you other stories, in which people like Ram and Lakshman, Kunti, or the exiled Pandavs handled Durvasa with delicate tact, and were consequently, graciously blessed by him.”

“People like Durvasas, exist even today. Our world is full of them. Some people are easily offended; some have irascible natures, some violent temperaments, and some are simply hard to live with.”

“So, how to handle Durvasas? How to deal with people you don’t like? With understanding, and acceptance. Know them. Accept them as they are. Life will get easier!”

“Remember, you met for a reason. Either they came as a blessing in your life or as a lesson!”

Next Story: Raising The Dead