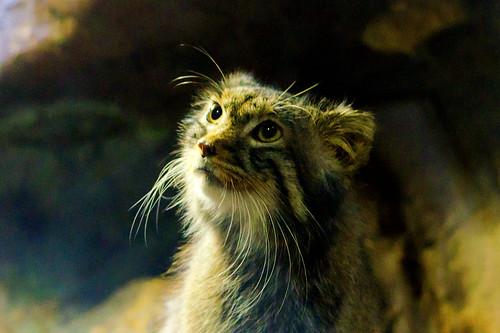 Amazing, thought Rosh, what a few lines of code could do. Software wasn’t just changing lives, it was reducing costs and changing the way we did business.

Already, flying cars were a reality and driverless cars promised to be safer than those driven by humankind. Currently, over a million-people died each year in car accidents worldwide, with an accident every 100,000 km.

Millions of human hours were lost in peak traffic and in traffic jams on global roads each year. GPS systems working with real time traffic updates on a mapped earth had begun to irreversibly change the way we drove, but after the revolutions brought about by invention of the wheel, development of boats, roading, railways, underwater, underground and space travel, transportation of all sorts was set to change again.

Teleporting was still a long way away, but smart commuting was almost here. Soon, you could be calling up a car with your phone. It would arrive to pick you up from wherever you were, and chauffeur you to your destination.

No need to park a car, own it, or get a driver’s license or car insurance. Just pay for the mileage and be productive while you are transported. If Amish Tripathi could write his bestselling Shiva Trilogy while being driven to work, why couldn’t others.

The number of electric cars on global roads had also been rising. Electric cars were less noisy and less polluting, which meant cleaner, quieter roads and therefore, cleaner, quieter cities of the future. The price of oil had fallen and OPEC seemed terrified of changes in the wind (pun intended, and of rising solar energy production).

Prototypes had already been tested of cars which ran on air or on water, instead of fossil fuels. Last year, more solar had been installed worldwide than fossil. Energy companies were under threat from rising home solar installations, but cheaper, cleaner electricity was assuredly on its way.

Today, we were paying more for drinking water than we were paying for petrol. But only 0.50 NZD was needed now for the 2kWh (@ 0.25 NZD/kwh) of power needed to desalinate a cubic meter of salt water.

If this was doable with the oldest water purifying technology known to man, the possibilities with newer, more efficient techs like nanotechnology were endless, and not just in the fields of water purification.

In food production, use of agri-robots, aeroponics (water-efficient plant cropping), and insect-harvesting plans were well-advanced, but the savings in healthcare costs and human lives if water could be cleaned up, were truly mind boggling.

According to a recent World Health Organization (WHO) and UNICEF Joint Monitoring Programme (JMP) report, Water-related diseases still affected more than 1.5 billion people every year, ie., every fifth person on our planet. Every 90 seconds a child was still dying from a water-related disease.

A decade ago, Rosh had invested and lost heavily in the Sydney based biosensor company Ambri (ASX:ABI) after its US partner Dow Corning Corporation had stopped developing Ambri's ion-channel switch (ICS).

But work on global biotech diagnostics hadn’t stopped. He had called the sector right, but he had been too early. Tricorder X was coming now, its price to be announced later this year, and expected to be cheap. Soon, access to world class medical analyses would be within common reach.

Tricorder (made famous by Star Trek) was a medical device which worked with your phone. You breathed into it, it scanned your retina, took a sample of your blood, and then analyzed 54 bio-markers to identify nearly any disease.

An Israeli app called ‘Moodies’ was already capable of diagnosing your emotions, and use of technologies like these meant that mankind was on the verge of delivering truly smart customized environments in future cars, offices and homes.

‘So, what course to set for the family finances in the next decade?’ pondered Rosh. He knew that less than a third of the companies that had raised capital from general public in his investing career, via Public or Rights Issues, or Private Placements, etc., traded regularly today on global stock exchanges.

Not only did businesses go bust and stocks become illiquid due to infrequent trading, but a number of scrips once listed on International Stock Exchanges got suspended or delisted, becoming inactive even though they had value, thus trapping investor’s wealth.

To avoid individual stock risks and total losses, he had diversified into ETFs (Exchange Traded Funds), knowing that stock market indices adjust and change composition and weightings to replenish their ranks with winners of the day.

But stock markets, in many ways now, were no longer a human endeavor. Orders could be placed online from any part of the world, and bots or algorithms traded with each other, learning constantly from their trading experience and from program improvements, to trade smarter.

Fast technological progress promised to make trading more volatile and index compositions less permanent. In an era of fast communication and connectivity, index investors were as much at risk as stock pickers from massive disruption.

Perhaps it was time to review his investment strategies again, he thought. He knew he would never again fully revive the higher-risk stock picking he had practiced in the decades before the 2008 GFC (Global Financial Crisis).

But things needed to change as the wind was changing again. He knew that even though, one could never change the direction of the wind, one could always adjust the sails to reach one’s destination.

How apt, he smiled inwardly, that 2017 was the Chinese year of the rooster – heralder of the new dawn. Also, the digits in the year 2017 added up to 10, which added up to 1 – again, the symbol of a new beginning.

But change was never painless. He leaned back in his swivel black leather chair and closed his eyes, lost in his thoughts of the future.