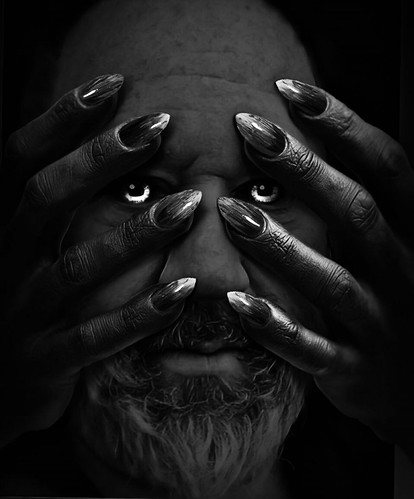 Life can be tough in the shadow of an exceptional sibling.

Which is the lesser evil when you are consumed by jealousy?

“Why do I still like my brother?” he was saying. “Love him? Respect him? Admire him?”

“I should hate him because he is so successful and I am not. But I don’t.”

“I should hate him because he lifted the bar so high that it made it impossible for me to emulate him.”

“He left me such big shoes to fill that they ended up belittling me. I should hate him for doing that. But I don’t.”

"Therein lies the problem. None of them can forget him or stop talking about him.”

“Not that it is his fault he is so loveable. So hardworking. Industrious. Diligent. Thorough. Understanding. Caring. Dependable. Good-looking. Intelligent. Polite.”

“I am none of these things. Well, perhaps I am good looking, intelligent and polite; but that is where our similarities end.”

“I am so many other things. I am creative. Passionate. Loyal. Strong. Shredded. Skuxx. But nobody seems to notice these traits.”

“Despite all his faults like being so good and universally liked, I love him because he cares about me. Really, he does.”

“He taught me things. Like how to safely light a matchstick. It was one of my biggest fears. I was always afraid that I would burn myself. The moment a stick flared, I’d throw it down. I almost burned down our home once because of that. But he was always so patient.”

“I have fond memories of him lifting me in his arms when I was little. I used to be happy with him then. We played together, bathed together."

"He fought my fights. Protected me. Understood me. Something my parents, neighbours, or teachers never did.”

“My father just wanted to live vicariously through me. As if one life hadn't been enough for him. He never saw me in me. He saw only himself, and possibilities of what he could be through me, this time.”

“Successful. Glorious. Wealthy. None of which he was in his life himself. His ambition destroyed my contentment. I hate him.”

“My mother was a tiger mom. She wanted me to study. Always study. Only study. Like life is nothing but a table, lamp, books and stationery.”

“Sorry ma, but I have only one life and too many interests to be tied down to a table, lamp, books and stationery forever.”

“But what did she care? Now, neither do I. I don’t care about what she cares about anymore. I hate her.”

“My neighbours keep reminding me of how wonderful my brother is, how he is travelling the world, serving the poor and needy voluntarily, while doing exceptionally well at his medical degree. They can’t wait for him to be a doctor.”

“What do they really care about him or about what he does? They just want the privilege of saying they knew him. Something finally memorable in their otherwise unmemorable lives.”

“The hypocrites! I hate them too.”

“My teachers just can’t seem to understand how two children can come from the same parents and be so completely different.”

“They keep talking about how I should be like my brother, working hard and getting big scholarships like the $50,000 Auckland University scholarship he's received, along with so many other little ones.”

“All they do with their incessant preaching is remind me that I am not my brother. When he laps up almost all the trophies on offer, how bad does he make others feel.”

“Being perfect is a folly, it belittles others. I am not greedy like him. I give others a chance to shine.”

“Perhaps he can’t help it. Perhaps there is evil in him too, driving him to perfection, because he wants to show us all up. But I will fight the good fight and never give up. I will be spectacularly ordinary, unlike him – the spectacularly extraordinary. I will never be like him!”

He looked up at her finally, a gleam in his eye. She stared at him silently for some time. It was supposed to have been his creative writing piece on a New Zealander he admired. He had obviously chosen to write about his brother.

But what a twisted lot of feelings these were. She was in shock, almost from his first word. So negative, so envious. Nothing like love, admiration or respect. Then she understood.

‘Envy is the highest adulation,’ she thought. ‘The sincerest. Love and hate are really just two sides of the same coin. So, he does look up to him. And he did capture my attention. Creative indeed!’

She relaxed and kissed him on his forehead.

But as she turned to leave his room, doubt claimed her again.

‘Hosh is a perfect package,’ she thought, ‘but does Josh truly believe all the rest of it? We're not like that, are we?’

‘No, it is just creative writing,’ she tried dismissing her misgivings. ‘Some envy is natural. It is the lesser evil. Isn't that why he chose that title?’

‘Or is he talking about the path he’s chosen for himself? To be ordinary, and unlike his brother. Is that the lesser evil?'

She felt tormented, but she didn't really want to find out. She hurried out of his room. It was better to remain silent and be thought a fool, than to speak up and remove all doubt.