Are You A Leaf Or Root? 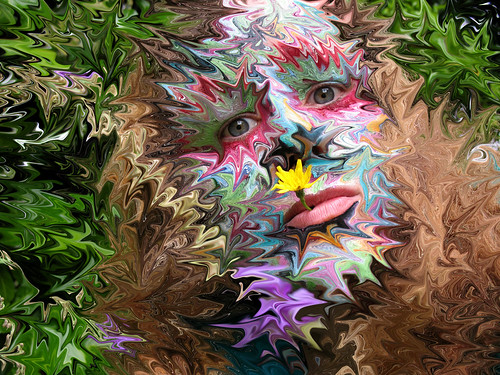 Insightful Story: Are You A Leaf Or Root?

Previous Story: This Too Shall Pass

Dhir had posted an audio titled ‘Three Types Of People’ on the WhatsApp Family Chat group.

It spoke of a tree analogy of people that Tyler Perry reportedly used when he thought of people who came into his life, be they friends, family, acquaintances, employees, co-workers, etc.

He put them all through his tree test, and classified them along the lines of:

Some people in his life were like leaves on a tree. They were only there for a season. He couldn't depend on them or count on them because they were weak and only there to give him shade.

Like leaves, they were there to take what they needed and as soon as it got cold or a wind blew in his life, they were gone. He wasn't angry at them, it was just who they were.

Some people in his life were like branches on a tree. They were stronger than leaves, but he had to be careful with them.

They stuck around through most seasons, but if he went through a storm or two in his life, he knew he could possibly lose them. Most times they broke away when it was tough.

Although they were stronger than leaves, he had to test them out before running out there and putting all his weight on them. In most cases they couldn't handle too much weight. But again, he wasn’t mad at them. It was just who they were.

If you could find some people in your life who were like the roots of a tree then you have found something special, the audio said.

Like the roots of a tree, these people were hard to find because they were not trying to be seen. Their only job was to hold you up and help you live a strong and healthy life. If you thrived, they were happy.

They stayed low key and didn't let the world know that they were there. But if you went through an awful storm they held you up. Their job was to hold you up, come what may, and to nourish you, feed you and water you.

Look at your own life, the audio asked. How many leaves, branches and roots do you have? What are you in other people's lives?

Thank God for the roots!

“Made me go back and check how many roots I had in my life,” Dhir posted further. “Ooops! Shocking... On the other hand, what am I to other people?”

“The deepest roots in my life ... Pa, Ma, Brother Rosh. And all the other roots... Ila, Maan, Neha, Ina, sister-in-law Isha, all these kids and all of you… God made you all a part of my life … but for being my roots, no words can define my feelings.”

“Insightful,” Josh posted back. “In God and Family lies our strength. They are our roots.”

“Beautiful analogy,” Rosh responded, “but its science is a bit shaky. Leaves are very important too, because without the photosynthesis that they do, the tree would neither develop its roots nor its branches.”

“Leaves may not be the purpose of a tree's life, but they are its means to live. Without them there to receive the sun’s energy and convert it into a form the tree can use, the tree would neither grow nor sustain.”

“Leaves do the tree a great favour even when they leave it. With them clinging on for dear life, the sap in the tree would freeze in winter and the tree would die. Also, although transient in the life of a tree, leaves never ditch the tree. The tree ditches them to save itself.”

“In fact, the sole reason for the roots to go deeper and the branches to get stronger is so that the tree can sprout leaves - lots of leaves - which can be supported and fed, so the tree can seed, and seed well, so that the seed itself can germinate and take root - to grow more leaves. This IS its life-cycle!”

“Even when the leaves eventually leave the tree, they do not stop serving it. They cover the ground around it, trapping air to help regulate soil temperature around the tree, so its roots do not freeze.”

“Even after they have fallen and decomposed, they serve it as life-giving fertilizer - releasing excess minerals and nutrients the tree had not needed, back into the soil and into the ecosystem of worms.”

“Their death and decomposition feeds the worms (which feed the birds, which help pollinate the trees’ flowers etc.) and helps aerate the soil around the tree."

“One might as well depend on the leaves then, as they are certainly not the unreliable, selfish, weak, self-centered things this analogy paints them to be.”

"Everything in nature is vital for the survival of something else in our world! So, it is no less or more important than anything else.”

“But I am moved by the intensity of your sentiments, and by the connection you feel with all of us. We love you too, child. Lord, let me never be the one to shatter his faith in us…”

“This was about life, Pa, not science,” Josh wrote back. “See the philosophy, not its scientology.”

“Life is a science, Josh,” Hosh responded. “You will live long enough to realize that. :)”

Next Story: The Story Of Chhalla