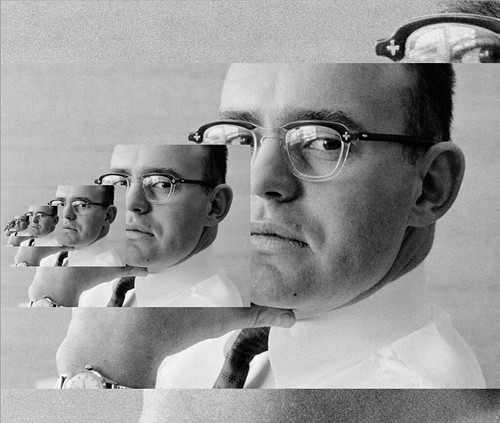 Technological progress was revolutionizing his world but Rosh was excited most by virtual reality.

Previous Story: Who Packs Our Parachutes?

As he read the humbling replies, he marveled at how the pace of technology had changed over the years, allowing him to communicate instantaneously via a many to many social networking platform like WhatsApp.

It was such a useful technology, and yet so disruptive at the same time. Since the advent of texting, kids had fast been losing vocabulary, as well as their ability and focus required to read or write even a few paragraphs at a time.

By carrying their cellphones everywhere, and stopping whatever they were doing to check their messages, communication and inter-connectivity had blossomed, but literacy and numeracy skills had suffered.

He thought of names like Kodak, Xerox, Polaroid. In 1998, Kodak had been a worldwide name. It had been one of the largest US stocks at the time, with 170,000 employees and sold 85% of all photo paper worldwide. In just three years, it had gone bankrupt. Kodak moments were still being captured, but not on Kodak film.

Digital cameras had been around since 1975, yet who in 1998 could have thought that just three years later no one would be taking pictures on photo film again?

Digital age had well and truly arrived in the new millennium. Digital automation was conquering the world, in his lifetime, and before his very own eyes – as the next Industrial Revolution.

He had been born in the exponential age, where technological progress followed Moore’s law, halving computing costs every few years. Yet, exponentiation could not continue forever. It had its mathematical limits.

Still, the practical benefits from this rapid change, however fleeting it may be on the scale of life on earth, promised to empower and enrich the common man’s life like nothing had ever done before in human history. Also, it was happening on a scale grander than ever before.

Last year, Rosh had wanted to buy a 3D printer, but Josh and Hosh had talked him out of buying one, citing their experience of having bought a $2,000 LCD LED Smart TV, which had turned out to be not so smart after all. Wait, they had both cautioned.

In 2012, they had bought an LG 55" Full HD (1920x1080 pixel), 3D, Wi Fi compatible TV with 4 HDMI and 3 USB2.0 ports, which used a dongle to get online but could rarely stream a YouTube video efficiently despite a VDSL modem in-house. Its 2D to 3D conversion experience had been unsatisfactory too. Besides, 3D Blu rays and DVDs were still fewer and comparatively expensive.

So, last year, for just 200 NZD, they had picked up a good wireless multi-function Mono Laser Printer instead, which could print, copy, scan & fax double-sided, and came with a 3-year onsite warranty.

Rosh had by now, been using multi-function laser printers for over a decade, but like with wireless telephony, when wireless printing made his life simpler and uncluttered space in his multi-storey home, he had been openly pleased.

Interestingly, Josh’s school had also bought their first 3D printer last year, so Josh had been able to see it in action from up close. What he had seen, hadn’t impressed him much, but then it usually took a lot to impress Josh.

The plastic raw materials required by the school 3D printer weren’t really cheap, and the end products it spewed out proved to be costlier than buying them retail. Yet, the novel new technology had attracted huge interest from all students throughout the year.

There had been a lot of progress in the 3D field since then. Smart phones with 3D-scanners were expected later this year. You could then 3D scan your feet, for example, and print your perfect shoes at home, instead of having to buy them from Puma. Many major shoe manufacturers were already 3D printing shoes.

By the end of the next decade, 10% of everything produced was expected to be 3D-printed. In China, they had already built a complete 6-storey office building using 3D-printing.

In remote airports, some spare aero plane parts had been 3D-printed. Even the space station had a 3D printer now, eliminating the need to transport or store large spare parts inventories in space, which had been necessary in the past.

Facebook now had a pattern-recognition software that recognized faces better than humans. Artificially intelligent computers had already beaten chess grand-masters and the best Go-players of the world. Watson had beaten the best of us at Jeopardy.

But the technology that excited Rosh most, was virtual reality. It was going to revolutionize learning and teaching, but for Rosh, the intrepid traveler, virtual reality offered safe inexpensive travel, from the comfort of his home, regardless of the state of his health, to destinations where no man had ever gone before.

It was his ticket to Space. The final frontier!