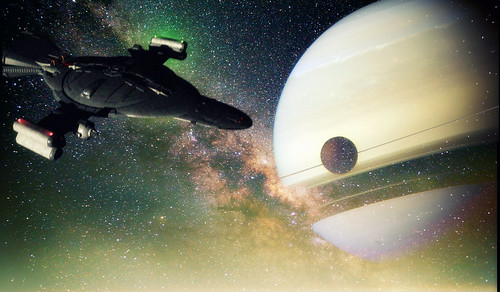 An elite commando is captured behind enemy lines, tortured & interrogated.

Can one train against pain or truth serums?

"Feel free to look at your sons' work," the class teacher pointed at the desks where the parents sat waiting in the classroom.

"We are still awaiting other parents before we can begin the Annual Parent Teacher meeting."

Rosh sat at Josh's desk in the classroom. He lifted the desk top and picked up the topmost exercise book. It was for English.

As he rifled through its pages, he sighted an illustrated story his son had written, which looked like science fiction. He began reading it:

I had been crucified. I felt the Cold Steel against my body, as consciousness dawned slowly on me again.

Bright flashes inside my head continued to blind me with pain, but years of training forced me to refocus my thoughts and assess my situation.

I was in a small bare room, illuminated by light that perforated down from a low white ceiling. The flooring was fibre glass, but the room smelt like a hospital.

It looked like I hadn’t been moved yet, and was still being tortured in the enemy Hi-Tech Lab in outer space. That was good!

I was suspended in mid air, locked in place by the octopus like arms of Cold Steel. My narcoanalyst interrogator stood by my side, facing me.

He studied me anxiously as he refilled his syringe with truth serum. My eyes cleared - a fog lifting up from them slowly. I tried to gaze steadily, like we had been trained to, but a tempest raged inside my head.

I tasted the flaking salt of dried tears on my lips and desperately my thoughts returned to the one objective that had consumed me in the last few tortured hours. My need to escape.

Analysis of how I, an elite commando - with the latest tools and technology, had been captured before I could elope with the stolen Dark Energy, could come later. If there was a later!

He had moved the dials constantly as he had asked his questions, terminating my activation process every time I mentally initiated it. Wave after wave of excruciating pain shot through my brain, from the Cold Steel caressing my body, every time he moved his dials to punish my insolent silence.

Catatonia would set in when pain exceeded my tolerance thresholds, and he would inject me with dopamine to bring me back. Then the questioning would resume again. And with it, the searing pain. Pain - which flowed seamlessly into my head through the Cold Steel and did not let me concentrate.

Yet, he had no way of knowing how much time was too much for me. He was watching me intently, weighing up his options.

I suddenly sensed his dilemma. It struck me physically like a stroke of lightning, and inspired me in a flash. He was dithering. This was my opportunity.

I shook my head to clear it again and initiated neuro activation. It faltered.

My life flashed back on the empty canvas of my mind.

But he noticed the change too. A click sounded, as he turned the Cold Steel again. The hairs on my back stood up and an involuntary shiver ran down my spine.

He barked his questions again, sensing the danger he was in and really worried now, “How did you infiltrate our high security Lab? Who else is with you? Who do you work for? Answer me, damn you!”

His race against time had begun.