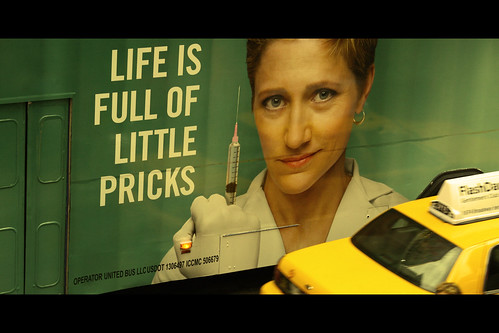 “Never anger your nurse,” Isha jokes with Rosh, when he fumes at her leaving Isha unattended & bleeding in the night following Josh’s forceps delivery.

Knocking off early from work, Rosh picked up Hosh after school, and father and son drove to the Waitakere Hospital to see Isha and baby Josh.

Little Josh was sleeping peacefully in his own pram, beside his mother's bed. Isha came awake when they entered her room.

Both hugged and kissed her quietly, careful not to wake the baby up. Rosh settled in a chair beside her bed.

"How are you feeling now?" he asked her.

Hosh stood by the pram, watching his little brother silently. He too was relieved to see them both safe.

In the early hours of yesterday morning, when his father had been inside the delivery room with his mother, he had spent a really tense hour alone on a bench outside.

He had been really afraid - for the first time ever, in his life. Waiting alone outside the Operating Theatre isn't easy for a six year old, he knew now.

Not when the only two people who are your family, are both inside, and you don’t know what’s going on in there.

Later, when he was being driven back to school after having seen his baby brother - the latest addition to his family, his father had told him what a Forceps delivery was. How interesting that both brothers had been delivered on Earth the same way.

"Weak," Isha frowned, "thanks to the nurse on duty last night."

"What happened?" Rosh was suddenly concerned.

"Maybe she's doing two jobs," answered Isha, "or is on long shifts. Maybe she was too tired, and napped off last night. Or maybe she was in another emergency, or otherwise engaged.”

“Whatever the reason, I wasn't too impressed with the duty nurse. My stitches had begun to bleed badly, and I had the ‘Need Help’ light outside my room on for ages.”

“The light in the corridor glowed red for hours, but no one came to attend to me. I lost much more blood than I should have."

"I'll see to it right now," Rosh flew into an instant rage.

"I don't start fights," Rosh flared, "but I will fight when I have to. This is unacceptable.”

"No, let it go," she pacified him. "This is the maternity ward after all. There was no real risk.”

“How do you know?” he was getting worked up. “You could have been in real danger. Others too."

"Leave it, Rosh," she insisted. "I am just grateful it all went well. We are all here now, and we are all safe, and together."

"It should never happen again," Rosh was still shaking his head angrily. He stood up from the chair, "I'll make sure."

"They are all lovely here," she smiled feebly at him. “It didn't cost us a cent. And you should never anger your nurse!"

"What?" he paused suddenly, paying attention again. "Why?"

"A big shot business man," she told him, "had to spend a couple of days in the hospital. He was a royal pain to the nurses, because he bossed them around just like he did his employees. None of the hospital staff wanted to have anything to do with him.”

“The head nurse was the only one who could stand up to him. She walked into his room the second day, and announced, 'I have to take your temperature'."

“After complaining for several minutes, he finally settled down, crossed his arms and opened his mouth.”

"No, I'm sorry,” said the nurse, "but for this reading, I can't use an oral thermometer."

“This started another round of complaining, but eventually he rolled over and bared his behind.”

“After feeling the nurse insert the thermometer, he heard her announce, "I have to get something for you. Now you stay JUST LIKE THAT until I get back!"

“She left the door to his room open on her way out. He cursed under his breath as he heard people walking past his door, laughing."

"After a couple of minutes, the man's doctor came into the room.”

"What's the matter, Doc?” the man answered angrily. “Haven't you ever seen someone having their temperature taken before?"

“The doctor paused for a moment, then replied, “Yea, but never with a daffodil!"