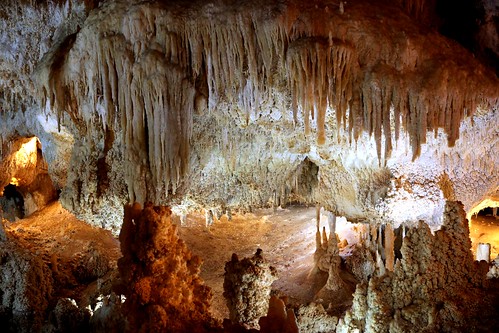 "Story time, Pa!" Hosh said, as he nuzzled into his father's side.

"Long or short?" asked Rosh, as he lay back into Hosh's bed.

"Are you telling a story, Pa?" Josh asked from outside their door. He had been passing by and seen them talking in bed.

Josh nodded excitedly. Entering Hosh's room, he jumped into the bed too on his father's other side.

"Once upon a time in Persia," Rosh began, "there lived two brothers called Qasim and Alibaba. Their father had left them with little wealth."

The elder, Qasim, had married the daughter of a rich merchant, and so he inherited a large shop, home and slaves when his father-in-law died.

Ali Baba on the other hand, had married a poor woman and worked as a woodcutter. So they lived in a modest shack with their three asses, which he used to carry his chopped wood into the Bazar daily to sell.

One day while he was in the forest cutting wood near a towering hill, Ali Baba saw a cloud of dust rising high above the trees and moving rapidly towards him.

Fearing it was a pack of bandits riding his way, who would kill him and take away his donkeys if they saw them, he hustled his animals into dense bushes nearby and scrambled up a huge tree to hide himself.

From his hidden perch in the foliage high above the ground, he saw a troop of horsemen emerge from the dusty cloud between the trees.

They stopped when they reached the big rock and dismounted. Each unbridled his horse, hobbled it and hung on their beasts' necks a bag of corn which they carried behind them.

Then all of them took off their saddle-bags. These seemed to be quite heavy. Ali Baba peered at them carefully and was sure that they were highwaymen who had looted some caravan recently. Perhaps, they had come to this deserted place to hide their spoils or distribute their loot.

He counted forty of them. As he watched surreptitiously, a man who seemed to be their captain moved out of the group, his saddle-bag slung on his shoulder, and walked towards the big rock. When he was close enough to the rock, he uttered this strange command: "Baaz kon Simsim."

The rock face fell open, revealing a passage where an instant ago there had been solid rock. The robbers entered it one by one, with their loads slung over their shoulders. Last to enter was their Chief. When they had all disappeared in the dark portal, the rock face closed shut by itself behind them.

Ali Baba wanted to slide down the tree and run for his life. But he was up too high in the tree for that. Age was catching up with his body, so even a speedy descent was out of question. Also, the cave mouth could reopen any moment.

If it did while he was trying to get down safely from the tree and any of the bandits spotted him, they would certainly kill him. He feared detection and death. With their secret revealed to him, there was no way they could let him live.

Sweat dripped down his worried brow, and his limbs shook with fear. Breath came in slow, sharp gasps and his throat became so parched, it hurt. But a gentle breeze slowly soothed his nerves, and his hands gradually steadied. Time passed while he was forced to wait.

He had been unable and unwilling to move. But as he rested securely and well-camouflaged in the canopy of leaves around him, fear dissipated and was slowly replaced by a daring idea.

Such is human mind. Give it time, and it can see a silver lining in the darkest clouds. One moment it is paralyzed by fear, the next moment it is daring the tempest and sailing perilous seas in hope.

As Ali Baba was reflecting on his inspiration, turning its pros and cons over and over in his mind, the portal suddenly flew open again. The captain emerged first out of the darkness.

He stood at the entrance, and saw the other robbers emerge one by one and pass by him. Ali Baba counted 40 men again.

When they were all safely out, the Chief turned around to the cave again and spoke the words, "Basta kon Simsim."

The rock face magically devoured the passage opening, and all trace of the passage instantly vanished. The men silently walked down to their horses. They bridled them again, slung on their saddle-bags, remounted and rode off.

Ali Baba remained still on his perch and watched them leave. Only a long time after they had vanished from sight, did he gingerly descend - his mind torn between fear and curiosity.

'Will this magic work for me too?', he pondered, as he walked fearfully up to the rock face and stood roughly where the chief horseman had stood.

There was nothing to lose. He had escaped detection. He was still alive. He was alone. Luck was surely smiling on him. He gambled. On his luck holding firm and took a deep breath.

"Basta kon Simsim!" he tried, amazed at the power of these magical words to move a mountain.

Obediently, the rock face closed shut before him.

'Insha'Allah!' Ali Baba thought and was committed to his daring idea.