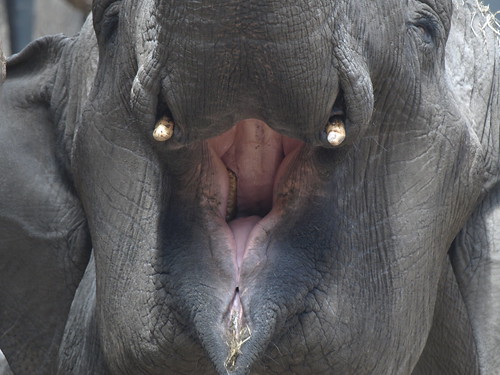 Hosh and Rosh were waiting for Isha to serve dinner. Hosh had climbed up on his father’s shoulders and was pretending to ride an elephant.

Rosh was in a playful mood too, making elephant noises, as father and son stamped circles around Isha, making it impossible for her to get any work done.

Hosh had been taught about elephants today at the kindergarten, and he had been grilling his father for more, ever since Rosh had returned from work.

But back in the company of his son after a long gruelling day, Rosh's inner jester had returned, and Hosh's Q&A session had turned comical.

Rosh was answering his questions now with classical elephant jokes that were a rage in the 1960s.

The two boys were making such a fool of themselves that tears rolled down Isha’s cheeks, more from her laughter than from the onions she was chopping on the board.

“Pa,” Hosh was asking. “What’s gray and has four legs and a trunk?”

“A mouse going on vacation,” Rosh shot back.

“A mouse coming back from vacation.”

“Pa,” Hosh was amused. “It’s an elephant! Tell me, why are elephants large, gray and wrinkled?”

“If they were small, round and white," Rosh rolled his eyes with mock horror, "they’d be aspirins, wouldn't they?”

“Paa!” Hosh repeated. “Why are elephants always wrinkled?”
“They take too long to iron. You try and iron one.”

“Be serious Pa. Tell me about elephants. What do elephants have, that no other animals have?”
“Baby elephants.”

"How do they raise a baby elephant, Pa?"
"With a fork lift!"

“Paaa … Where do you find elephants?”
“It depends on where you left them.”

“What kind of elephants would live at the North Pole?”
“Cold ones.”

“Ma! Stop laughing! Pa, how do elephants talk to each other?”
“By ‘elephone.”

Seeing his mother bend over with mirth, Hosh started laughing too. He knew now he wouldn’t be getting a straight answer from his father today, not when he was in this mood.

“Hmm… Ok, what’s large and gray and goes round and round in circles?”
“An elephant stuck in a revolving door.”

“Why do ducks have flat feet?”
“So they can stamp out forest fires.”

“And why do elephants have such large feet?”
“So they can stamp out flaming ducks.”

“Why do elephants stomp on people?”
“They like the squishy feeling between their toes.”

“What game do elephants like to play the most?”
“Squash!”

“How do you stop a charging elephant?”
“Unplug it.”

“Okay,” he nodded solemnly, as if shaking his imaginary trunk.

“How do people catch an elephant Pa?”
“Safer with both hands.”

“Rosh!” Isha admonished. She was having difficulty breathing.

“Ok, ok," Rosh changed track to appease her. "Different people catch them differently. Depends on whether you are a programmer or an astronomer.”

“Astronomer?" Hosh was puzzled. "How does he catch an elephant?”

“With a telescope, a matchbox, and a pair of tweezers," said Rosh. "He goes into the jungle, and when he sees an elephant, he turns the telescope the wrong way around and looks through it. The elephant appears so small, that he can easily pick it up with the tweezers and put it in the matchbox.”

“And how does a programmer catch an elephant?” Hosh laughed.

“He flies to Cape Town and heads east," replied Rosh. "When he reaches the ocean, he goes slightly north, then heads west. He keeps repeating this until he sees an elephant, and then he grabs it.”

“What if he doesn’t see an elephant?”

“Then he doesn’t get an elephant. He gets experience.”

“Then how does an experienced programmer catch an elephant?”

“The same way, but before he starts, he places an elephant at Gibraltar."

"So, he won’t fall into the Mediterranean, if there are no elephants.”

“But how would he get an elephant into a matchbox?”

“By taking out all the matches first, you Dumbo!”