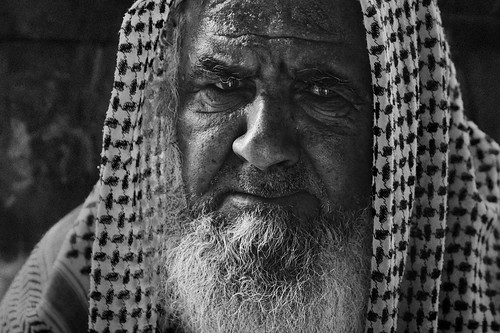 He tells a noteworthy tale ...

"Meanwhile," Rosh continued the Arabian Nights tale, "the robbers had returned to their treasure cave and discovered that Qasim's body was gone."

On doing an inventory of the loot, they had also discovered many sacks and bags of Asharfis and gold coins missing.

They paired up and took turns at keeping the whole area around the cave under constant surveillance.

But despite months of vigil, no progress was made on identifying the intruders.

When no suspicious activity was observed around the cave for months, and no one was caught sneaking in, mutual distrust grew amongst the thieves.

Suspicion that one or more of them were traitors began to take root in their minds. Tempers flared easily, cracks appeared in their bonding, and the group became difficult to manage. Their Captain saw this.

Distrust is like a vicious fire, he knew. Once it gets entrenched, it keeps on going until it consumes everything. Even put out, it reignites itself, devouring the good with the bad, and still feeding on empty.

He realized that unless the perpetrators were identified and punished quickly, he risked the breakup of his band and the destruction of everything that had together been accomplished and accumulated.

He decided to widen the scope of their investigations. He instructed some of his men to dress up as foreign merchants and sent them to all the neighboring towns and villages to see if they could find any clues.

"So we investigate those who have recently become rich?" a thief sought clarification when the strategy had been outlined. "Follow the money! Anything else?"

"Listen for gossip about recent indiscreet spending," their leader answered. "Ask around about the recently dead, and where they lived if they died in suspicious circumstances."

"The one we slayed, knew our secrets," he seethed. "Those who took his body, know them too. We can't let them live with this knowledge. We can't let this go unpunished. Until we find and eliminate them, we cannot rest nor sleep."

"What say you?" he demanded from them.

"Baleh!" the bandits beat their chests and assented in unison. The unanimous cry had an intensity that was almost physical. You could almost touch it.

"Mo'afagh bashed!" their leader cried back, wishing them luck.

The thieves disguised themselves and penetrated the furthest corners of nearby civilization in the dark of the night.

When day broke, they were indistinguishable from the respectable citizens going about their business. Some established themselves near barber shops, some in the market place, some near the brothels, and some near the liquor shops.

In Alibaba's town, the disguised bandit was roaming amongst the still closed shops in the Bazar, trying to determine where he should best station himself.

It was still dark. His clothes fluttered in the brisk wind. As he walked quietly at this early hour, he came upon the only open shop. Mustafa's.

He walked over to the cobbler's stall and saluted.

"Salaam," he said. "It's still dark. How can you see clearly enough to sew a shoe, old man?"

"I don't need to see," Mustafa boasted, "to sew a shoe. I recently stitched a dead body together, blindfolded and in the dark. This is just a shoe."

The bandit gasped, choking at this sudden revelation. He couldn't believe his luck.

"You must be joking," he said, expelling words out of his throat with difficulty. "You mean, you stitched a cerecloth for a corpse blindfolded."

"You are new here," Mustafa was offended. "And obviously haven't heard of me before. I am Mustafa! I stitched up a corpse together in the dark, not his shroud."

"Who could possibly want a corpse stitched?" the bandit probed slyly. "And why?"

Mustafa's honed senses now alerted him that he had already said too much.

"Never mind," he said abruptly. "You mind your own business."

"A master cobbler, and a teasing storyteller," the thief laughed as he gave Mustafa an Asharfi. "Here, have this. You've got me hooked now, and I am happy to pay to hear your intriguing tale. Tell me more about your special skill and what you did to that corpse."

The old cobbler's rheumy eyes lit up with pride as he recounted his tale, "A bondswoman blindfolded me before taking me there. It was all done in great secret. She took me to a room where a dead man's body lay dismembered in four quarters, and asked me to stitch it. I ..."

The thief listened with great interest, and asked questions about date and detail. It became clear to him that Mustafa was not lying. He had undoubtedly stitched together the man they had slain. The similarities were too many to be dismissed as coincidental.

'The cunning wretch,' he sighed inwardly, 'She sunk me when I was so close to the shore.'

"Interesting story," he said presently, "if only it were true! There is no way of proving any of it really happened, is there? You can't even tell me where you did the job, because you were so conveniently blindfolded. What a load of crap!"