Should Public Assets Be Sold? 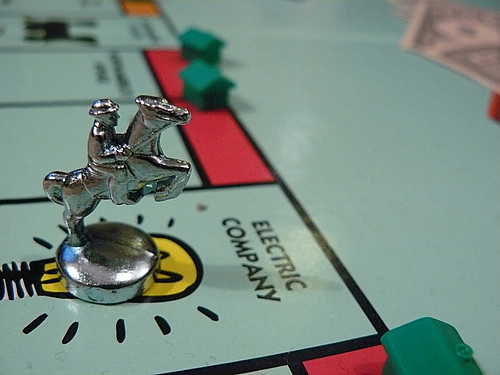 A heated discussion raged at the dinner table. The topic had been a citizen's initiated referendum on whether Kiwis supported the New Zealand Government selling up to 49% of state assets like Mighty River Power, Genesis Power, Solid Energy and Air New Zealand.

As the New Zealand Electoral Commission had send everyone the voting papers, debate raged on the issue throughout the country.

"Our taxes have paid to build up these national assets,” Rosh was saying, “Now suddenly, the National Government has decided to sell-off a public asset. A public asset belongs to the public.”

“How come it is posturing that it is the owner of these assets and decides to flog them off. And to whom will it sell them? To us again, who are already the owners of it in the first place…”

“It is like I buy a home or a business. Then someone comes along pretending to be the owner and wants me to pay for the asset again. The citizen is right in questioning this trickery and ask for a referendum.”

“Pa,” Hosh reasoned with him, “asking for a referendum on a matter like this is a waste of those same tax-payer resources that you are so worried about.”

“If a shareholder needs money for a surgery, he will have to sell his shares, if other choices are limited. So if the NZ public needs money to pay for the services, which you are not disputing, then it will have to sell or part-sell its assets. A 49% sale still means that the country retains controlling interest in how these assets are managed and run."

“It is like a home is bought by 10 people, and one owner needs some money. So he sells a part of his stock to the other owners or new owners and partly cashes his equity out. How can that be bad?”

"The income from these assets will go overseas to make the foreign investors richer," Isha argued.

"That shouldn’t really be an issue,” Rosh nodded at Hosh, conceding to his point, “if you don't want someone else to buy something valuable, outbid them. Put your money where your mouth is."

"If some kiwis believe that these are high quality assets, worth retaining, are concerned about foreign ownership, and can afford to buy these, then they should. Foreign owners are not devils. They are investors too, trying to make their money work for them. And we need foreign money here.”

“Anyway, there is nothing stopping Kiwis from buying these shares themselves in the Initial Public Offers (IPO). In fact, they'd probably even get a discount compared to the foreign buyers.”

“These are public utilities,” Isha raised another concern, “With private ownership, comes low asset maintenance, rise in prices and a fall in service standards.”

"Not necessarily Ma,” Hosh turned to her, “private ownership can also help reduce bureaucracy and increase efficiency causing prices to fall and service standards to rise.”

“Anyway, the way these sales are being planned, you will still retain public ownership of over half that share. In fact, you can also now privately own some of that high quality national asset in addition.”

“A decision to buy an asset should be a business one,” Rosh added, “But nobody is going to stop people who have nationalistic leanings or patriotic feelings from buying stock for just those reasons either.”

"Oh you can demand," Rosh returned, "but that doesn't mean the employer will pay them. When the Governments make demands, you bloody well have to pay them. The two cases are entirely different."

"We do need money, don't we?” Hosh stayed on track, “What other options does the Government have to make ends meet? Raise taxes or sell assets …”

“Those are not the only two options” Isha interrupted, “Another option is to live within your means. That can be done not just by increasing your incomings, but by cutting your outgoings too.”

“We have just had a recession Ma,” Josh entered the fray, “You don’t want it to turn into a depression. If the private household is tightening its belt, the Government needs to spend more to keep the economy on an even keel.”

“If the Government must raise these funds,” Isha gave up on the debate, “there should be an increased accountability of where it spends it. It should not just be spent on giving more benefits.”

“We are becoming a nation of alms seekers instead of pioneering entrepreneurs. No, I don’t support the asset sale, as the money is not going to be used productively.”

“We don’t know that Ma,” Hosh responded, “Spending on consumption is as important as spending on investment in times like these. If you don’t support asset sales, maybe John Key must raise taxes.”

"Don't get me started on raising tax,” Rosh flared up again. Isha got up from the table. She had washing to do.

‘Government will do what it wants to do anyway’, she thought, ‘It will all come out in the wash’. She gasped suddenly at the thought that had flashed in her mind and smiled at the turn of her phrase.

Aftermath: On 17 December 2013, the Electoral Commission released the final result for the Citizens Initiated Referendum on the question: “Do you support the Government selling up to 49% of Meridian Energy, Mighty River Power, Genesis Power, Solid Energy and Air New Zealand?”

The referendum probably cost around $NZD 10 million. Defending this cost, Russel Norman, Greens co-leader, noted that this cost paled in comparison to the (to September 2013) $100 million cost of the asset sales program itself.

As already signaled earlier, John Key ignored the results of the referendum and proceeded with the partial-sales, saying the 2011 general election gave National a mandate for the sell-off. Foreign investors were happy, and so were the rating agencies.

Isha didn't care either which way. She was banking on Rosh to be there to always bring her home.