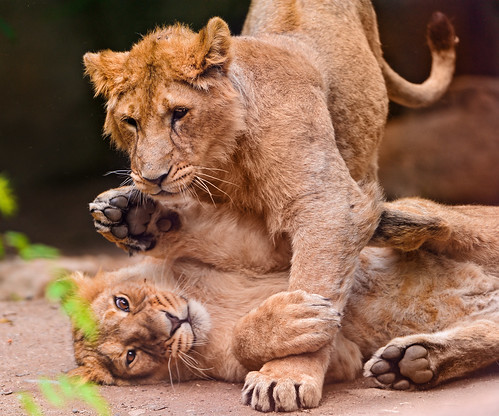 "Sibling Rivalry is so natural and so commonplace," Josh continued, "that we take it for granted."

"It is a concern for many parents of two or more kids. Yet most parents are ill equipped to deal with it."

"Why don't parents understand it Pa?" he asked his father.

"They would, if they put themselves in their kids' shoes," said Rosh.

"Imagine your wife puts an arm around you and says: Honey, I love you so much. You're so wonderful, that I've decided to have another HUSBAND just like you. How would you feel then?"

"When the new husband arrives, you see that he's very young and handsome."

"When the three of you are out together, people say hello to you politely, but get all excited over the newcomer: Isn't he adorable! Hello sweetheart... You're so good-looking!"

"Then they turn to you and ask, "How do YOU like the new husband?" Hello!! How do you think?"

"The new husband needs clothing. Your wife goes into your closet, takes some of your favorite garments and gives them to him."

"When you protest, she points out that since you've put on a little weight, your clothes are too tight on you and they'll fit him perfectly. Yeah right!"

"As the new husband grows, he starts messing with your gear. One day as you're still figuring out the new iPhone your wife bought you, he boasts, "I know how to use it."

"When you tell him he can't use it, he runs crying to your wife. Moments later he is back - with her! All tears. And she has her arm around him."

"And she says to you, "What's the harm in letting him have a turn? Why can't you share?"

Josh was giggling away in the corner at the imagery. Rosh kept a straight face. Hosh was trying hard to control his smile and not look in Isha's general direction at all.

"Another day your wife and the new husband are lying on bed together – your bed! She's tickling him and he's laughing. Suddenly the phone rings and something important comes up. She needs to leave now."

"So, she asks YOU - to baby sit the new husband, and make sure he's all right. For crying out loud!!"

"Enough!" Isha put her foot down, "Please could we move on. I get it, and I can see both the kids gets it too. What I don't get is what a parent could do to deal with it."

"I don't know what other parents do," Rosh answered obediently, "but as a parent, how would I deal with it? Well, here are my 10 commandments:"

01. Bear it! Ignore the fighting as long as I can. Gives them a chance to sort it out themselves.

02. Beat it! When you can't ignore it any longer, go to another room where you can't hear it at all. If my kids are competing for my attention, and I remove myself from the scene; as long as they are not going to tear each other apart in my absence, their incentive for fighting is gone, isn't it?

03. Boot them out! Ask them to take their fighting somewhere else where you don't have to hear it. When they know you're not going to take sides, the fighting often settles down quickly. A pecking order is quickly established. So lead, follow or get out of the way!

04. Make it Your problem! When my own fuse is getting short, handing the reins over to my wife makes sense as her patience would be greater than mine at that moment.

05. Play the blame game! It takes two to tango. All who were fighting are partly responsible, so they could all be punished. That usually cools things down immediately.

06. Strict punishment! If the kids fight over a toy, the toy goes into time-out.

07. Unequal treatment! I'll treat them individually not equally, as this acknowledges that they are special in their own way. I made unique kids after all, not photocopies.

08. Set them up! To cooperate, rather than compete. Like have them racing the clock to pick up toys, instead of racing each other.

09. No role models!. Which means no comparisons with the big brilliant brother or the bright little button.

10. And finally, Love them all! Limitlessly! And tell them all, that you do!

"All?" Isha picked up on the last commandment, "Are you planning on having more? Or have you got some others I don't know about?"

"Nah," he waved at both his kids, who were rolling in tears by now with laughter, "Who wants their problems multiplied? Just one look at these two and I think, "Damn, we're not doing that again!"