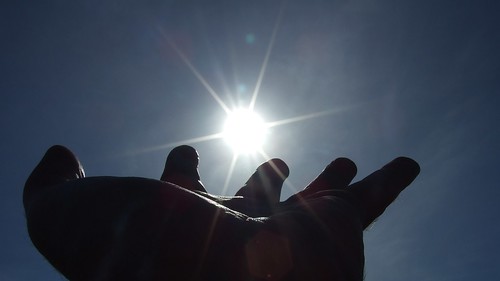 Guardians of diamond Noor are murdered one-by-one when they uncover truth.

They must die, as only the dead can keep secrets.

Rosh made minor changes to the story, then continued reading what Hosh had written:

Another shot rang out. Then there was silence.

Up on the Summit, Patel fell on the ground with a thud. There was no blood, no fuss and no drama.

The rider got off his bike, and checked Patel. Nothing!

Lifeless eyes stared up at the clear blue sky. He stood up, mounted his bike and rode off in the opposite direction.

Minutes later, another rider was seen on the foothills below, headed towards the Summit.

He asked around for M6, but no one seemed to know his whereabouts. He left messages with the detectives for M6 to report to him immediately in his Castle office, as soon as he returned.

He was getting really impatient. Since his debriefing yesterday, he had heard nothing further from either M6 or Khan about their investigations. Khan had rung through just a few minutes earlier, and requested a personal meeting.

'This line is not secure,' was all he said, when pressed for more information. But it was clear from his tone, that he was on to something. Something big!

So, despite the late hour, Sir Zubin had agreed to wait at his Castle office, to meet up with him as soon as Khan could come. He paced around in his Office now, as restless as a caged tiger.

The Castle office was almost empty, but lights still showed from a few cubicles.

Khan arrived late, and walked straight through to Sir Zubin’s sound-proofed room. No usual secretaries were there tonight, to impede his approach or to make him wait.

After a polite knock on the door, Khan entered Sir Zubin's chamber. Sir Zubin turned around from the window and offered him a seat. But before the closeted men had had a chance to whisper their secrets in each other’s ears, M6 arrived.

He strode into the sound-proof chamber without knocking, and took an unoccupied seat beside Sir Zubin. Khan looked at Sir Zubin - a silent question in his eyes. Sir Zubin didn’t look surprised at all. Khan shrugged, and held his tongue.

Sir Zubin listened attentively, as M6 reported. Khan leaned back in his chair and closed his eyes, pondering, as he listened to M6’s monologue.

“So, where’s my diamond?” Sir Zubin demanded finally, in a quiet but sharp voice, when M6 had finished. He glared at M6, leaning forward in his chair.

Sir Zubin fell back into his chair and threw his hands in the air, frustrated.

“What’s special about a Special Crime Brigade?” he flared. "A diamond got stolen from right under your noses. Despite all the best security resources and safeguards. And no one could spot the fake."

Technology had certainly come a long way, Sir Zubin thought privately, since the time his father had first shown him how easy it was to spot a fake. It was there and readily available, if one knew how and where to look.

“It all makes sense now though,” Khan spoke up finally. His eyes twinkled at Sir Zubin.

"It was an inside job. The heist couldn’t have been pulled off without up-to-the minute knowledge of all security processes and personnel. Who had that? Except for Sir Zubin, only my security firm and the SCB."

"So M6, let’s pretend you stole the diamond. What would you do when you came across someone who had discovered too much?”

"Eliminate them," said M6, playing along but unsure where this was going.

"Which is exactly what you did," Khan accused him. "You shot Luttu, and then you eliminated Patel. Have you been interrogated or searched yet?”

“Interrogate the interrogator?" M6 reddened. "Searched me? No! Not yet. You dare?”

They sat very still now, unmoving, eyeing each other cautiously. Weighing. Measuring. No words were needed when looks could kill. They sensed great danger. Death approached on silent wings.

“I did shoot Luttu," M6 made a last effort, "but I didn’t kill him. He was still alive when I left him. And Patel was dead, before I reached the Summit.”

“So you say," Khan groaned ominously. "I sent Patel here to investigate. I suspected my own guards after some recent events. Patel is now dead, first day on his job. Noor is gone. The Castle is in shambles, CCC destroyed."

"Who knew everything about all the systems - other than Sir Zubin, you and I? No one! None of my guards had full technical knowledge of your security measures. No one in your team had full knowledge of ours."

"What makes your alibi uncontestable?" M6 hissed back. "The man who remained conveniently incommunicado on the day of the blast. And what takes Zubin beyond suspicion? Nothing! It is at least one of us..."

The elephant was in the room now. They all knew it, but no one wanted to move first. They watched each other intently, their hands shielded from view, inching laboriously under the table towards their holsters.

“How did you know Luttu was dead, Khan?" M6 continued in a measured tone. "That's not exactly common knowledge yet. I only told you he had been shot at.”

“I inspected his dead body just before coming here today," Khan replied politely, too politely. "He was killed at point blank range with a service revolver.”

They were almost ready. Tension mounted in the chamber. The office complex was almost deserted now, they knew, and the room they sat in was sound-proofed. The meeting was over.

"Why would an old man steal his own diamond?" Sir Zubin coughed. "And murder in the process. I couldn't, even if I wanted to.”

He started to rise slowly out of his chair.

Three shots rang out simultaneously. Two men plummeted to the floor. The third pocketed his revolver back into its holster. Then he carefully removed the hidden microphone-camera-geo-locator chips that the two murdered men had been unwittingly carrying for him in their clothes.

He patted his hidden pocket to ensure that Noor was still safe in its hiding place. He had been surprised with the speed of events so far, and just hadn't had the time or opportunity to send it away safely.

He took a final look around the room and walked out. He knew where Pringle was, standing guard in the shadows outside.

“Get this mess cleaned up,” he barked, as he walked past him and out into the dark grounds. He got inside his car, rang the Insurance agent’s office and left instructions.

Then he quietly went over everything again in his mind, searching for loose ends. Cool breeze blew through the open windows steadying his nerves. Pringle joined him shortly, and took the driver’s seat.

“All done?” the man wanted to know.

“For the moment," Pringle nodded. "Luminol will still pick up traces of the washed away blood though!”

"Get the chamber repainted," the man replied. "And change the furniture."

"Too suspicious," said Pringle. "Besides, we'll need over two coats of white acrylic paint to dodge infra-red forensics. And upto 7 layers if we use any other paint or colors. Accidental fire is faster. Cleaner."

"Fireworks begin within the hour," Pringle responded calmly. “Where to now?”

“Zubin Hall,” the man grumbled, leaning back deeper into the plush upholstery of his limousine.

Next Story: Casting The First Stone