Looking After Your Pennies 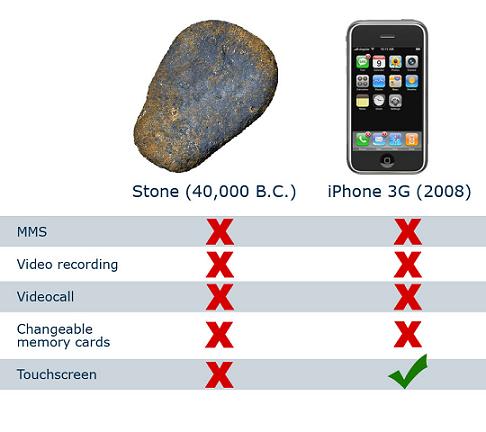 "Apple has just released the iPhone" Josh blurted excitedly, "You should buy it Pa."

"I've noticed the hype," Rosh munched away at his food and continued unconcernedly, "I don't think I'll buy it."

"Why not?" he couldn't hold himself. A revolution was happening around them in telecommunications, and his tech-savvy father seemed untouched.

Rosh looked up at him across the dinner table. He had noticed his high pitch.

"It is a great improvement on my Nokia," he replied mildly, "but I can't afford it."

"What?" Josh almost cried out in disbelief, "But you're a property tycoon, you hold shares of companies in five continents ...?"

Rosh waited for him to complete his question, but Josh had fallen back into his chair, brooding silently. No one else spoke.

“I'm not saying I can't buy it," Rosh explained to his eight years old, "I'm just saying that at $1200, it’s too expensive for me. That is totally different.”

"But why can’t you afford it?" he retorted, taking the no too personally, "when you make oodles of money."

“I've heard about it too," Isha joined the conversation, "It won’t take off. Our Nokia has everything we need.”

Then he turned to his father and said, "Investment isn't everything, Pa. You must spend some on yourself."

"Yea," Isha changed sides quickly, "You don't do that. It's been a decade since you bought something for yourself. Look at your shirt ..."

"Even if you haven't got the money," Josh interrupted before his mother could get into her routine tirade with Pa about him not spending on himself, "You've got your cards."

"And where do you think," Rosh smiled at his son's innocent remark, "money on these cards comes from?"

"From the hole in the wall," Josh responded proudly, "The ATMs. Automatic Teller Machines."

He knew that he knew his stuff.

"Next thing you'll tell me," Rosh laughed, "is that cow's milk comes from the plastic bottles in supermarkets."

"When we take cash out of the hole in the wall," he explained, "or buy something with Eftpos cards, it isn't free money. These cards are linked to our bank accounts, and we need to have the money in our bank accounts in the first place, or we won't be able to use these cards to buy anything or take any cash out."

"Credit cards or overdrafts don't need to have money in the accounts because they allow us to use other people's money instead of our own money temporarily. But after a set amount of time, that borrowed money needs to be returned back, or we'll end up paying a huge amount of interest on it."

"Credit is a great thing, but it is not for the undisciplined. Disciplined spending is not just about having buying power through cash or credit, but also about buying value and being able to afford what you buy amongst other things."

"Cheap credit is changing people’s psychology and buying behaviours. It is great for me as I can leverage to buy more or better investment assets than I could normally afford, but bad for consumers generally as it is making them compulsive buyers. Patience and budgeting no longer seem as virtues.”

“When I was growing up, if I wanted to have something, I had to plan for it, work for it, save for it, make compromises to decide what I could have and what I would have to go without, and then wait for it while I built up my buying power. All that is mostly gone now.”

“Now people decide first that they want something, sometimes on the spur of the moment, and then they are able to buy it using some finance facility like credit cards, loans, overdrafts or store credit. Instant gratification.”

“Paying it off comes long after those goods come home. Problem with this system is overspending and more chances of buyer remorse. Most even get bored of the item before they have even paid it off. They’re already away, hunting for their next happiness purchase.”

“Budgets help align our spending choices with our personal values and financial goals. The iPhone is a great invention. I like it. I’d like to have it, but at its current price, it’s not my priority. What I am really saying is ‘I am choosing not to spend my money on this phone right now’.”

“I can physically buy the iPhone straightaway if I want to. I have the means to do so, but not the inclination. So, I won't be buying it because I don't think it is the best value for my money right now.”

“Others may disagree with me, but they are welcome to spend their own money on it. A lot of teenagers, for example, will probably buy it to show it off to their peers. A lot of Apple fans will buy it too because they're madly in love with anything Apple, but I am neither."

“I’d rather spend that money on something else more valuable to me, my family or to my business. After all, if I’m still having to count my money, I’m not rich enough to buy everything I like. Nor foolish enough to do so. One day … I may.”

“It must be hard to say ‘No’!” Hosh sympathized with his father, “Especially when you like it so much.”

“Sometimes it is hard to say no to something we really like,” Rosh touched his son’s hand, silently thanking him for his empathy, “but really what you focus on becomes bigger.”

“What that means is that if you walk around focused on what you can’t have, you will quickly become dissatisfied with what you do have.”

“But if you focus on your progress, no matter how slowly you get there, and on the big picture, you will stay happier for longer and prioritization will become easier for you.”

“Depravation is NOT failure! Especially, if it is through your own choice. People rarely confess that they can’t afford something. Perhaps because it feels like a failure to admit that you might not have enough money to buy yourself something you really like.”

“But that is simply just not true. Going without is not failure… it merely opens up a void for the things that you really want.”

“Life is about choices and you just can’t have it all because you will always be tempted by beautiful, useful things. Look after your pennies, and your pounds will look after themselves.”