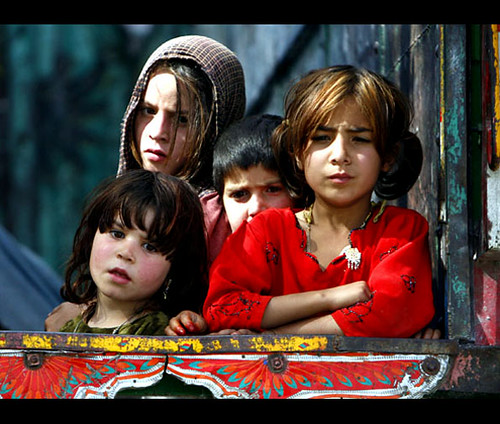 Unwelcome guests can become useful citizens, given the chance.

Story on the refugee debate.

A heated debate was raging at the dinner table.

“Who in their right mind,” Josh was saying, “wants to leave a good, established, prosperous life, and go live in an unknown country, amongst unknown people, forever?”

“No one wants to do this. But refugees have to do all of this. They don’t go knocking on someone else’s door because they want to. They go because their circumstances forced them to.”

“No one wants to be refugee. But then, no one wants to feel unsafe and unhappy either. Refugees are people fleeing war or persecution.”

"They are people who are worried about the safety of their lives in their own country, and can no longer continue to live there safely.”

“But when these people flee to other countries in large numbers,” Isha retorted, “as can be during wars or civil unrests, host countries feel a drain on their economic resources.”

“How would you feel, when you are already struggling to make ends meet, and uninvited guests come in to live with you?”

“Pa told me a story once,” Josh argued passionately, “about a Sufi fakir who lived in a small one-room hut in the wilderness.”

“It was raining heavily one night, and many visitors came calling at his door, seeking shelter. They got shelter, but it was interesting to see how they behaved, when more refugees kept coming.”

“Be practical!” Isha cut him off. “International Governments are hardly likely to think like Sufi fakirs, let alone act as one.”

Rosh smiled at her comment, but let it pass. He felt strangely elated that his son had remembered one of his stories. He remembered that story well.

To be invoking it today, Josh would have needed not only to have listened to it carefully, but to have understood it. He felt like he had just been awarded a PhD by The School Of Life.

'Those early years with Josh had seemed such hard work,' he thought quietly. 'He had planted his seeds. But it seemed like they had all fallen on barren soil. Bearing no fruit. Producing no desired results.'

'The more he had tried to guide him, the more distant his son had become.' He looked at his son speaking now, and tuned in to their conversation again.

“I read a novel recently,” Josh was saying, “called The Rugmaker of Mazar-E-Sharif. It is based on a true story that begins in war-torn Afghanistan of the 1980s, and continues during the mayhem that followed when Taliban later tightened their grip on the country.”

“Watch Charlie Wilson’s War,” said Rosh, “the Tom Hanks movie. It is also based on a true story about that war. Millions of Afghan refugees fled into Pakistan during the 80s and 1990s. Although 4 million of these have gone back to Afghanistan since 2002, Pakistan still has over a million registered Afghan refugees - still the largest protracted refugee population globally.”

Josh nodded at his father and continued, “The book traces Najaf’s, the Afghani rugmaker-turned refugee's, extraordinary journey from his early life as a shepherd boy in the mountains of Northern Afghanistan, to his forced exile after being captured and tortured by the Taliban.”

“Like any other refugee, he has to leave behind his life and loved ones, and everything he had established through his hard work in life. He and his family pool their savings and take on debt, in the hope of giving him a chance to undertake a journey into the unknown. To Australia - a land he has never been to before. And where he knows not a single soul.”

“Kind of like us coming to New Zealand,” said Isha, “with neither friends, nor family here. Not knowing anyone. Having no job offers.”

“You didn’t come here as refugees,” said Josh, “but as normal migrants, on your merit. You weren’t fleeing your homeland because Taliban were trying to kill you, or bombs were dropping on your family home, killing your relatives. You didn’t end up incarcerated in a detention centre.”

“Unlike you, Najaf was an unwelcome guest, an illegal. For him, there were no guarantees. Only hope. Hope that he will be allowed to remain here. That he will survive, and be able to live in this foreign country, safe from the danger and death that hounded him at home.”

“So yeah, refugees have nothing. They can be hard work. They bring nothing. No money. No certificates. Have language barriers and sometimes they aren’t even healthy when they arrive.”

“They are dependent and desperate. To secure immigration and to survive, they can tell lies. But isn’t that what any desperate human being would normally do? Lying doesn’t make men evil or terrorists.”

“They must be housed,” Isha objected, “fed, treated, rehabilitated. Given lots of moral and financial support. Sometimes even educated and trained, before they can become useful citizens. After all this, sometimes they don’t even stay long enough to contribute back to the economy that sheltered them. They move on to greener pastures.”

“So do normal migrants,” replied Josh. “In allowing normal migration, a host country exercises its right to choose who and how many. Similarly, a normal immigrant is free to emigrate when they need to, or when they see better opportunities to prosper elsewhere?”

“Instead of putting roadblocks, wouldn't it be better if we concentrated on making our nation more desirable as a place to live and prosper?"

"Moving out is not made an issue even when normal citizens of a country move. The country has invested in them too. Why should moving to make their life better elsewhere, be an issue with refugees only? Have they become our bonded slaves just because we chose to help them when they needed our help.”

“A refugee is not, even remotely, as settled as a citizen or as a normal immigrant. Immigrants apply to migrate, refugees are forced to. Immigrants arrive due to symbiosis, refugees due to duress. International Governments desire normal migrants, they detest illegal refugees. Why?"

"Immigrants are accepted happily by host countries because they see in them, a mutually beneficial relationship. Their relationship with refugees is an unwanted one, forced upon both parties by circumstance. An unhappy start for both sides. Refugees didn’t want to come here by choice. Their unwilling hosts didn’t want them to come here either.”