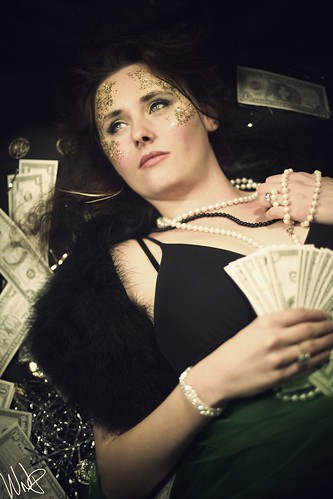 "It is when money gets involved," Rosh continued, "that matters get a bit complicated. Just the other day, a reader posed an interesting dilemma to the NZ Herald columnist Mary Holm."

Isha handed him his drink, and the boys quietened down a bit, their curiosity piqued. They gathered around him once more.

"This lady wrote to Mary," Rosh continued, "that she had two lovely daughters, both middle aged now. Her husband was now retired with $500,000 invested in the bank."

"The elder daughter and her husband were borrowing $600,000 from the bank to buy a block of flats as an investment."

"So the father suggested that instead of borrowing the whole lot from the bank, they borrow $500,000 from him, and the rest from the bank."

"That way they could split the interest saved - being the difference between what he got from his bank and the commercial interest the couple had to pay to their bank. A Win for both."

"I don't get it," Josh interrupted.

"A bank charges more interest from its borrowers," Hosh explained, "and pays less to its savers, whose money it borrows to lend to others in the first place. That is how it makes its profit."

"So if one member of the family has spare money, and another needs to borrow it, they can loan it directly to each other, without getting a Bank involved. Banks take their cut from both parties."

"Let's say Pa gets 4% interest per year on his savings," he asked his little brother. "Do you know what that means?"

"What does it mean then?" asked Hosh.

"That if Pa gives the bank $100, he'll get $104 back after one year," said Josh, looking at his elder brother with supreme confidence and daring him to challenge it.

"That's right," he agreed. "And let's say the bank will charge me 8% per annum, annum meaning year, if I take a loan from them. What does that mean?"

"Correct," said Hosh. "Can you see now, what happens if Pa offers to loan me the same money directly at 6% p.a., pa being shorthand for per annum?"

"Then we will both gain $2, and the bank will lose its $4 profit. I'll have to pay less interest and Pa will get a bit more interest, than if we were dealing with a bank. So, borrowing directly from Pa and splitting the difference we both save, will be good for both of us."

"Very good," Rosh beamed proudly, "but this reader wrote that her younger daughter felt a bit left out because of this arrangement."

"If she were in the same situation, the parents would have gladly given them both, half of the $500,000. But she was not currently planning to borrow any money. So the younger sibling suggested that whatever gain the elder made, also had to be given to her, to be fair."

"But that wouldn't be profitable for the parents," Isha joined in, "because she would gain at the parents' expense. The parents would be taking the risk of loaning to the family for nothing."

"Yea," replied Rosh. "And that was the point I was trying to make. Despite the best of intentions, money can complicate relationships."

"There is so much friction in the world," said Isha. "I wouldn't want to create more. I'd drop the whole idea of lending to family."

"It's still worth doing," said Hosh, "if the parents trust their elder daughter and her husband. Even though the parents would be back to square one themselves, both the daughters would be better off due to this arrangement."

"But the parents won't be back to square one," Rosh clarified. "Because they will get 6% instead of 4% interest per annum, they'll become liable to pay more tax."

"The gift of 2% to the younger daughter is not a tax deductible expense. So, they'll have taken extra risk, paid more tax, and made their daughters richer, by becoming slightly worse off themselves."

"Bad idea!" Isha reiterated. "I think they should drop it."

"There is still a way they could all gain," replied Rosh. "They'd just have to cut up the pie slightly differently. Assuming, 4% and 8% were the interest rates in this case, Mary suggests that the parents charge the older daughter 7% p.a."

"She'll probably look at this solution in a different light," argued Isha. "She could have been $10,000 better off had her sister not intervened. Saved 2% under the original plan."

"Maybe," Rosh agreed. "But it's still better than saving nothing, if the parents opt for Status Quo, as you recommend. The Bank would charge her 8%, so she's still better off."

"Gift the younger daughter 1%. That way she gets the same benefit as her elder sibling. Parents also still get more than the 4% the bank would have paid them, being 7% less extra tax paid less 1% gifted, so still somewhere between 1-2% depending on their tax rate. Now, they have all gained."

"What if the actual interest rates are different?" Isha objected. "It's not going to be so straightforward a calculation then, is it?"

"That shouldn't be a problem," Hosh responded. "Just charge her 75% of the difference between bank savings and lending rates, over and above the Bank savings rate."

"It is not going to be smooth sailing between these two sisters," warned Isha.

"Probably not," Rosh agreed. "But that is their business. Equanimity, like beauty, is in the eye of the beholder. Which is why I want to make it clear to both of you right now, that whatever I choose to give one of you, I don't have to give to the other."

"I'll treat you individually, not equally, as only that acknowledges the uniqueness of both of you. Whether I give out of love or based on merit, it is unlikely that the numbers will ever be the same anyway, because you will have different circumstances."

"At least you know now," Isha smiled benignly at them, "that you will both be getting something."

"I will give who I wish, what I wish, when I wish," Rosh stopped her in her tracks. "Without having to be fair to the other. I may also choose not to give anything at all to anyone. Remember that."

"Mother Nature does that too. It does not always distribute everything fairly among all its offspring."

Next Story: Thirsty Crow Gets Water