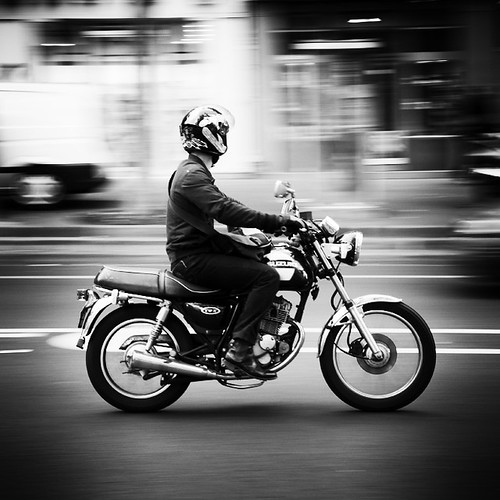 The plot thickens when Patel is found alive in the Castle wreckage, treated & interrogated.

The diamond was stolen by …

When Sir Zubin was finally driven away in his Limousine, Luttu and Pringle couldn’t wait any longer.

They went to the chief detective and reported everything that had happened in the morning.

“So, you think it’s Patel?” asked the chief detective.

Pringle and Luttu nodded their heads.

"He even say to me, he love diamonds," Luttu confessed.

The chief detective summoned two members of his team and asked them to get their statements recorded.

Both Luttu and Pringle were taken into separate rooms by the detectives.

The area had been cordoned off, and searchlights blazed everywhere. Different crews worked tirelessly throughout the night.

The chief detective continued supervising the SCB team, and liaised with the local Police, who were now using sniffer dogs.

Near morning, as he began to sip his first coffee that a crew member had brought over for him, he was urgently summoned again. A body had been found amidst the wreckage.

“Detectives!” he yelled. “Quickly! Help me get this man out. He’s still alive!”

The man was unconscious and barely breathing, but didn’t seem to have suffered much visible damage. Luttu and Pringle were also still about, helping out the crews out of a sense of personal guilt and shame.

They immediately identified the man. Surprise showed on their faces clearly, but they confirmed he was Mr. Patel.

“Let the paramedics do what they can,” answered the chief detective, "while the Ambulance is on its way here. Get an armed detective to guard this man round the clock, and inform me as soon as he comes about."

"Take a statement, if he is able to make one. I’ll interrogate him as soon as I’m able to get to him, when he regains consciousness. Meantime, keep trying to raise Khan on the sat-phone for me."

Leaving the man with his detective, M6 moved back to the grounds to investigate the area where he had been found and comb the rest of the crime scene. Patel gave a statement when he came about.

His story was confirmed on the phone by Khan, when the detectives finally got through to Khan. Since it had been a rare break he’d taken away from work, Khan had been incommunicado for a day.

He was informed of the heist, and he confirmed that Patel was a top-notch bona-fide field man, who occasionally stood in for him. He would come straightaway, he said, to expedite the investigation and answer any questions.

It was quite late the next afternoon, when M6 was finally able to extricate himself from the Castle and was driven away to interrogate Patel. Media pressure had been intense, but with his usual tact he had brushed away their questions for the moment.

“So, Patel," he said now, as he stood looking out from the hospital window. "Distinguished snoop and forensic expert?”

“You will tell me everything I need to know, won't you?” purred M6. “You won't make me ask you now, would you?"

Patel sensed the mood of the chief detective. He quietly narrated his story again.

“Interesting dark glasses you wore," M6 said, when Patel had finished. "They intrigued me, so I had them analyzed. Got back some very informative results. What made you think you needed protection from Infra-red, first day on your Castle job?”

“Nothing," said Patel. "I always wear them on jobs. Any crime scene culpability is merely coincidental.”

“Coincidence, my foot!” M6 flared, and turned away from the window to face Patel directly.

“How did water get inside Noor’s bullet-proof glass casing?” M6 squinted at him menacingly.

“I don’t know," Patel squirmed. "Maybe an ice replica of the diamond, which melted when refrigeration went down?”

M6 stared at him poker-faced, showing neither shock nor surprise at his proposition. 'Was he indeed as innocent,' he wondered, 'as he was proclaiming to be?'

Discovery of water in the impenetrable glass enclosure for Noor wasn't public knowledge, and had been mentioned only to Sir Zubin so far. So, Patel's answer to his impromptu question was too pat, too quick, too convincing.

“An ice replica! Hmmmm,” M6 probed the idea cautiously. “Cut to perfection? Switched flawlessly, beating all the manned and electronic security? Guards, alarms, sensors, lasers, and multiple cameras locked always onto its position? To what purpose?"

"To buy time," Patel suggested. "Neither easy nor quick to do, but doable. Kept frozen and preserved perfectly in shape, in place, only to fool the human eyeball - until the time was right... The cameras? They are easily fooled.”

M6 wondered about this man, as he digested the possibilities. Images of the intricate diamond cutting process flashed in his mind's eye.

'Could ice be used like this?' he pondered. 'Or was water placed there, just as a ruse to throw them off the trail?'

He asked Patel more pointy questions, to which he received immediate and apparently forthright answers. Some of the missing pieces of the jigsaw came together as the two men talked.

His frustration ebbed, as he learnt new information about the crime and the crime scene. He began to respect Patel’s sharp mind and penetrating forensic skill. But old habits die hard. Suspicion lingered.

“Thank you, Patel,” M6 said finally. “You seem to know a lot about all this. So much in fact, that it is hard to believe you didn't plan it yourself.”

“I was on site, Sir,” Patel answered calmly from his hospital bed, "when all hell broke loose. Would you have been on site, had you planned it yourself? I could have died."

Back in his office, M6 removed his cap, and sat on his desk brooding. Then he barked an order. A plain clothes man entered. M6 gave his instructions and an address. The man left quickly.

M6 was tired due to his lack of sleep, but he asked to be driven back to the Castle wreckage again. Once there, he went straight to what was bugging him. He found what he was looking for, and stood there thinking about what Patel had said.

‘It is so hard to believe,’ he thought.

The silence around him was suddenly broken by the sound of two engines revving, a short distance away. It grew louder. There was no reason for such activity, so near the cordoned-off wreckage.

M6 drew his revolver and ran towards the noise. Two people. Fully dressed in black motorbike helmets, black leather jackets and gloves, black trousers and black shoes. The smaller of the two figures lifted the glass visor of his helmet.

“Patel!” he uttered in astonishment.

Patel quickly flipped the visor back down and pushed his motorbike’s accelerator. It flew. The other rider followed.

M6 aimed and fired. The second rider skid and fell off the bike clutching at his leg. Patel was already out of range. M6 sprinted towards the second rider, hoping to get to him before he disappeared in the growing shadows.

But the second rider was in no shape to get away. When M6 finally reached him, he was bleeding badly and writhing in pain. M6 flipped up the second rider's tinted glass visor.

“You?” he gasped, surprised by his recognition.

Luttu swore at the detective.

“I’m asking you for the last time."

M6 pointed the revolver at Luttu.

"You can't," Luttu shivered suddenly, afraid of this maniac now. "Please! I do nothing."

M6 picked up the fallen bike, and rode off towards the summit. Luttu looked down unbelievingly at the bullets inside his body, and tried again feverishly to choke off the fresh blood gushing out of him.

Meanwhile at the summit, Patel had already caught up with another rider in black, waiting for him at the rendezvous.

"Thanks for coming at such short notice," Patel said to the other biker, relaxing finally and removing his helmet.

“What took you so long?” the other rider asked, not making any effort to remove his own helmet or visor.

"M6 intercepted us at the Castle," Patel replied, "just as we were leaving."

"Because he was with me. M6 thinks I did the heist."

“He is wrong," the other rider said calmly, drawing his revolver and firing at point blank range into Patel’s forehead.

Next Story: The Diamond Heist 3