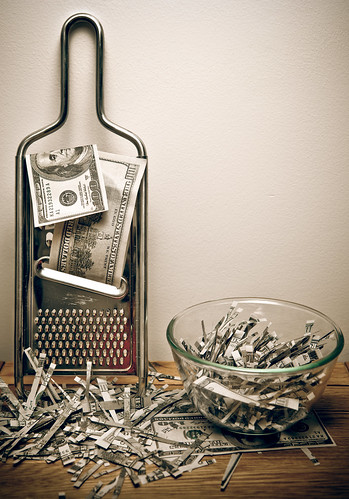 Debate on John Key’s tax cuts was raging at the dinner table the next evening.

"I oppose tax cuts," Isha was saying, "because they benefit the rich. The rich get a lot more money back than the ordinary taxpayers like me. That's not fair."

“You’re not the only one who feels that way," Rosh replied, "what you forget is that they’ve paid a lot more in the first place, so it is only fair that they get more of it back."

“But they can afford to pay more,” Isha wasn’t impressed with his argument. “How’s that fair?”

“Don Dodson submitted a story once to the Chicago Tribune,” Rosh answered.

“It puts tax cuts in terms everyone can understand. The figures Don used in his American example aren't too different from those we might find in New Zealand, even today."

"I haven’t personally checked either country's figures, but the Kiwi information can be pieced together easily with stats from Statistics NZ, IRD (Inland Revenue Department) and the NZ Treasury.”

“Suppose that everyday 10 men go to a restaurant to dine together, Don wrote. The total bill for all ten comes to $100. If they pay it the way we pay our taxes, four men would pay nothing.”

“Now,” Rosh refused to be baited and continued with the tale, “the men seemed happy with the status quo up until the day the restaurant owner decided to reward their loyalty and custom by giving the group a 20% discount. Now their dinner cost only $80. The issue was how to divvy up the $20 windfall.”

“What’s so hard about that?” Josh jumped in to show-off his mathematical abilities. "To distribute $20 amongst 10 men, just give each man a couple of dollars.”

Rosh looked quietly at Isha to see if she would agree. Isha smelled a rat and decided to stay mum.

“That can’t be fair,” Hosh came to her rescue, “giving $2 each to the four who never paid a cent in the first place. In this system, they would effectively get paid to eat their dinner.”

“How’s that fair to the payers, those who are actually paying for the food? If they weren’t paying, there would be no daily dinners to be had in the first place.”

“You do have a point,” Josh conceded. “Discount or no discount, they still get to eat for free. When they weren’t paying anything, they shouldn’t be getting anything back.”

“Then how to divvy up the $20 savings amongst the remaining six so that everyone gets his fair share?”

“$20 divided by 6 is $3.33, but if they subtract that from everybody's share, then the fifth man and the sixth man would end up getting paid to eat their meal. That’s not fair to the other eight either.”

“The first four should be unaffected by the discount,” Hosh said slowly, thinking things through, “a 20% discount on 0 cost is $0 back. The discount should only be on what they paid. That would be fairer.”

“… should pay $47.20 now,” Josh jumped in with the numbers before Hosh could work them out.

“Quite right,” said Hosh. “You are a bright little button, aren’t you? And that’s what Pa’s been hinting at, isn’t it Pa? It is fairer for the guys who pay more to get back more if the discount is to be fairly applied.”

Rosh nodded and smiled, wiping his mouth with a napkin.

“Essentially.” he said, “the tax cuts can’t so simplistically be applied to the whole population though in such a way, as tax is calculated on a tiered scale. But the principle you have hit upon is right.”

“So what happened in Don’s story?” Isha asked. “How did they divide it up?”

“They couldn’t decide,” said Rosh, “and left it to the restaurant owner to work it out. He decided that it would be fair to reduce each man's bill proportionately by roughly the same amount he had paid.”

“But the reduction was to be on a rough tiered scale, cos Don’s story was a tax story after all.”

“Kind of like a $1 refund for every $4 paid or part thereof,” Josh flashed in the numbers again.

“Kind of,” agreed Rosh, and smiled at his son’s use of jargon, “though your formula would have shortchanged the ninth and tenth men.”

Everyone waited for him now to reveal the correct formula and tier-scale used.

“Outside the restaurant,” Rosh continued, “the men began to compare their savings.”

"That's right," exclaimed the fifth man. “I only saved a dollar too. It's unfair that he got nine times more than me.”

"Yea," grumbled the seventh man, "why should he get $9 back when I got only $2? The wealthy get all the breaks!"

"Wait a minute!" yelled the first four men in unison. "We didn't get anything at all. The system exploits the poor!"

“So, the nine men surrounded the tenth and beat him up.”

Rosh waited for a response. There was none.

“The next night,” he said after a protracted pause, “the tenth man didn't show up for dinner. So the nine sat down and ate without him.”

“But when it came time to pay the bill, they discovered something important. They were $50 short!”

“So that is how the tax system works. The people who pay the highest taxes get the most benefit from a tax reduction.”

“Tax them too much, attack them for being wealthy, and they just may not show up at the table anymore. There are lots of good restaurants in Switzerland and the Caribbean.”

Next: How Tax Cuts Work