The Right To Die 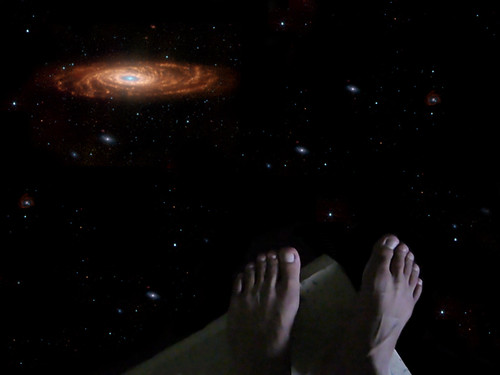 "There are substantive differences," Hosh sighed and began speaking, "between various forms of Euthanasia and Physician Assisted Suicide (PAS)."

"And each difference adds different perspectives to the core debate by introducing newer ethical, social and legal paradigms."

"Issues become more complicated where consent is withheld or refused, as is the case in Involuntary Euthanasia. So let us exclude that from our discussion for the time being."

"So, when I say Euthanasia, I am currently only meaning its active and voluntary form, when a conscious and rational person requests and is given lethal injection or by any other means their death is induced."

"To determine whether one has a Right to Euthanasia," Rosh interrupted, "it might be better to start by exploring the purpose of Rights."

"That is a legal issue, with ethical, religious, social and medical dimensions. Then we can debate whether the Right to Euthanasia fits within that purpose."

"Ok," said Hosh, "The Oxford Dictionary defines Right as a moral or legal entitlement to have or do something."

"It is this legal entitlement that gives Rights recognition when they are not respected by others."

"So, Rights give a person an entitlement to something. That something can be an intangible like justice, or a tangible like ownership of assets. This entitlement can then be enforced by Law or redressed in a Court."

"No discussion on Rights can be complete without at least consideration of the Law relating to it."

"Equitability of any Law is best established by comparison with equivalent laws across nations."

"Rights come with responsibilities. Also, each right that someone possesses, corresponds to a duty imposed on another by virtue of Law."

"For example, under the New Zealand (NZ) Residential Tenancies Act 1986, a tenant has the right to private and quiet enjoyment of the tenanted property."

"This imposes a corresponding duty on the property owner not to interfere with the tenant's right of private and quiet enjoyment by trespassing or visiting the property at odd hours."

"Natural rights," Rosh chipped in, "which are the rights to life, liberty, privacy, and the pursuit of happiness etc. are Constitutional Rights that arise from the nature of an individual human being and depend on their personality."

"The purpose of Constitutional Rights is to affirm, protect, and promote human rights and fundamental freedoms within a State."

"The 'right-to-life' is a Constitutional Right in NZ. The NZ Bill of Rights Act 1990 (NZBORA), states in Section 8: No one shall be deprived of life except on such grounds as are established by law and are consistent with the principles of fundamental justice."

"So, one has the right to not be deprived of life and the responsibility to not deprive others of life."

"The 'right-to-die' is listed neither as a constitutional right nor in NZBORA. It finds no mention in the International Covenant of Cultural and Political Rights (ICCPR), of which NZ is a signatory."

"Rights are designed to protect dignified existence. Forcing people to live against their will is undignified and in so doing, breaches their right-to-life. The choice to die with dignity must therefore be a right, and people should be able to choose whether they want to exercise this right or not."

"Interpreting the right-to-die within the right-to-life is contentious," said Rosh, "While one can choose not to exercise one's right-to-life (a right explicitly protected in NZ) or choose to commit suicide (which is legal in NZ) etc., right-to-life does not extend to allowing someone else to take one's life."

"Voluntary consent is therefore not a universally valid defence for murder. Currently, Euthanasia is legal in Netherlands, Belgium and Luxembourg. Switzerland permits PAS in specific circumstances - and Dignitas is the only Swiss facility to accept foreign patients desiring PAS."

"PAS is also legal in US States of Oregon, Washington, Montana and Vermont where Euthanasia is still illegal. Euthanasia and PAS are both illegal in NZ, like in many other countries including Australia, UK, Northern Ireland and Wales."

"The NZ Crimes Act 1961 also mirrors the UK Suicide Act 1961 making it an offence to encourage or assist suicide or a suicide attempt (in their respective countries). Anyone doing so could face up to 14 years in prison."

"Interestingly however," Hosh countered, "no relatives of the almost 200 Britons who accompanied them to Dignitas have faced prosecution."

"Interesting also is that NZ had legalized "Living Will" Advance Directives in 1996. Despite being the first, and to date the only country to do so, efforts to legalize Euthanasia in NZ languished."

Next: The Right To Life