To Be Or Not To Be 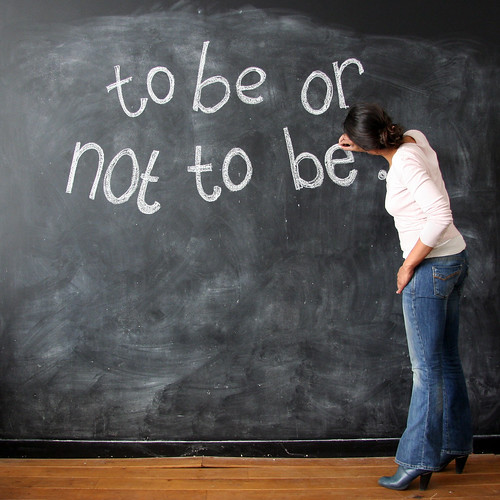 "However," Hosh ignored his father's gambit to open another debating front and pressed on with his argument for Euthanasia, "it is important that suffering should not be prolonged unnecessarily."

"We need to balance the hope that life can become worthwhile given time and effort with the fear that suffering can be prolonged if someone meritorious is not allowed Euthanasia when they desire it."

"Who will judge this merit or how it will be judged were not easy to answer but a good start was made in the draft End of Life Choice Bill."

"You've mentioned this New Zealand (NZ) Bill twice now," interrupted Isha, "What is in it?"

"Similarly, Pa" Hosh turned back to Rosh, "the UK Commission on Assisted Dying had also concluded: the respect for a person's autonomy and right-to-die must be balanced with protecting the vulnerable and continuing to focus on providing better end-of-life care and facilities."

"The Right-to-life is a fundamental right. Other Rights stem from it. Rights are designed to protect dignified existence."

"Forcing people to live against their will is undignified and in so doing, breaches their right-to-life."

"The choice to die with dignity must therefore be a right, and people should be able to choose whether they want to exercise this right or not."

"Allowing Euthanasia, some argue, would cheapen the right-to-life. The right-to-life is not an absolute protection against death, as death is inevitable."

"Rather, it protects from anyone intentionally depriving someone else of life."

"Intent is important because medical professionals who treat with the intent to relieve pain do not breach this right, even when there are significant risks of hastening death."

"Many believe that the right-to-life does not take into account the quality of life. I, however, believe that it would be humane to help sufferers achieve a painless, peaceful and guaranteed death as some of the ways in which people commit suicide are horrendous, and they end up living a life that is lesser than the one they wanted to end. Even when it ends, it is rarely a dignified end."

"Giving people the right-to-die is, in effect, giving people more power over their lives, and in so doing respecting their Privacy. Privacy is protected by the International Covenant of Cultural and Political Rights (ICCPR) even though it is not explicitly stated in the NZ Bill of Rights Act 1990 (NZBORA)."

"The validity of Slippery slope evidence lies not in arguing against the right-to-die, but rather in incorporating rigorous pragmatic safeguards within any laws made to protect this right."

"The 2012 Horizon Poll showed that a majority of Kiwis believed that the greater good of community will not be compromised by legalizing Euthanasia if appropriate safeguards are established, constantly monitored and reviewed."

"Like in Oregon, a Kiwi medical professional who does not want to euthanize, fill prescriptions or assist in suicide should also be allowed to choose not to."

"Abuse exists, illustrating that the right-to-life of vulnerable needs to be protected. However, there is no conflict between rights of those who want to live and of those who do not."

"Since medical and financial resources are limited, not everyone can have the resources they require."

"If the first person had wanted to die anyway, what would be wrong in allocating these resources to the second who wanted to live? It would be a win-win situation and more efficient use of scarce resources."

"People have the choice," Rosh smiled, "but not a right, to commit suicide, and therefore the State does not have to protect it. Suicide is legal only so that the victim is not punished (to protect life). However, I agree that it is important that suffering should not be prolonged unnecessarily."

"Despite strong challenges and convincing Euthanasia candidature," Rosh continued, "Courts in many nations have not been able to justify Euthanasia/ Physician-assisted suicide (PAS) within the scope of existing constitutional rights due to concerns like Slippery Slope."

"Pa," Hosh pressed on, "Legalizing Euthanasia, rather than simply choosing to not prosecute, I believe would protect both physicians and patients. Involuntary and speculative forms of Euthanasia can then be prosecuted."

He suddenly realized that this debate had helped him crystallize his own position on this delicate, emotive subject.

"On balance," he concluded, "I believe that people have a right to voluntary Euthanasia. We should have the choice to decide when to go, as it reinforces the right to privacy and promotes life. People should be able to choose! To surrender, or to die fighting!!"

Next: Cumin - the Master Spice